Building Cultural Bridges Made of Art in Cities Across the Country 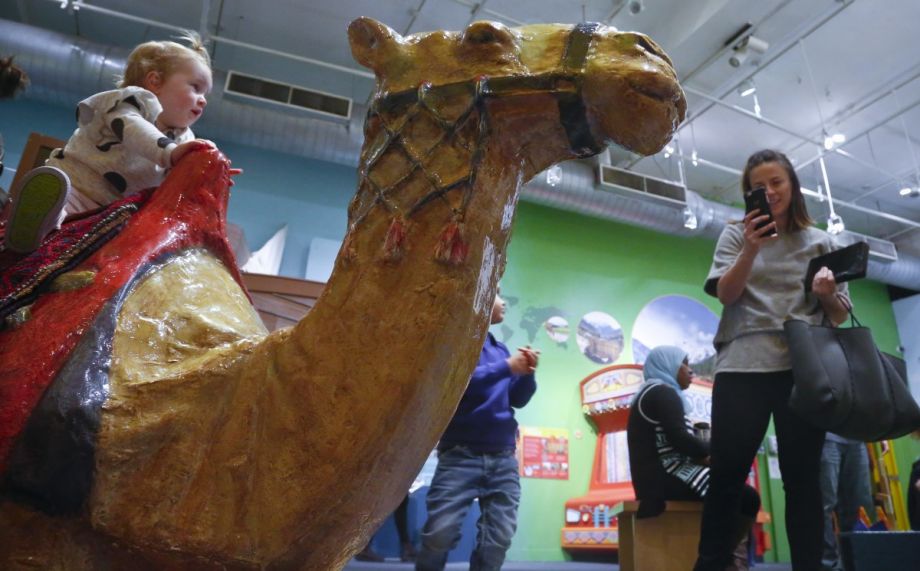 “America to Zanzibar: Muslim Cultures Near and Far,” at the Children's Museum of Manhattan in New York. The exhibit just won $100,000 to continue to meet national demand with new tours through Illinois, Kentucky, Pennsylvania and Tennessee. (Credit: AP)

Fifteen U.S. organizations will receive a combined $2.3 million in funding to “strengthen relationships among Muslim and non-Muslim neighbors” through arts and cultural projects.

The Doris Duke Foundation for Islamic Art has been making these direct grants since 2014 under the name “Building Bridges,” Inside Philanthropy reports. (Previously, the foundation awarded grants through a “curatorial approach” or via a third party, Inside Philanthropy adds.) The 15 organizations will receive grants from $50,000 to $300,000, according to the Associated Press.

“When our trust and connections to one another break down, we are all the poorer for it,” said Zeyba Rahman, senior program officer for the Building Bridges Program, in a release. “One of the most tested and reliable ways in which we can ignite cross-community understanding and dissipate fear is through storytelling. It can serve as the glue that binds us together by providing direct entry into one another’s inner worlds and become the basis for lasting relationships.”

Building Bridges selected 15 grantees from a pool of 200 applicants, double from the previous year, when 98 organizations applied, according to the foundation.

Among the grantees are:

Inside Philanthropy has covered the Building Bridges program before, noting that, “in the absence of sympathetic treatments of Muslim issues from the Hollywood mainstream,” smaller art and theater projects can be the only places where Muslim-Americans can see themselves represented fairly. These smaller projects may also be white Americans’ only place to see Muslim-Americans besides on shows like “Homeland,” with such roles as “Terrorist #4.” As Mike Scutari wrote in Inside Philanthropy in 2015, “I don’t see many prime-time television programs beaming the lives of typical Muslim families into American living rooms.”

And yet, “It’s really popular culture that impacts how people feel about one other,” Sue Obeidi told the New York Times, speaking on Muslim representation in Hollywood in general.

There are approximately 3.3 million Muslims living in America, and anti-Muslim incidents have spiked since 2015, suggesting that political rhetoric can fuel the flames.

With the new Building Bridges grants, the foundation hopes to “creatively reimagine ways to promote social cohesion in our communities,” Rahman said in the release, “while celebrating the cultural contributions of Muslims to our American identity.”