Going Beyond Contracting-as-Usual in New Orleans – Next City

Going Beyond Contracting-as-Usual in New Orleans 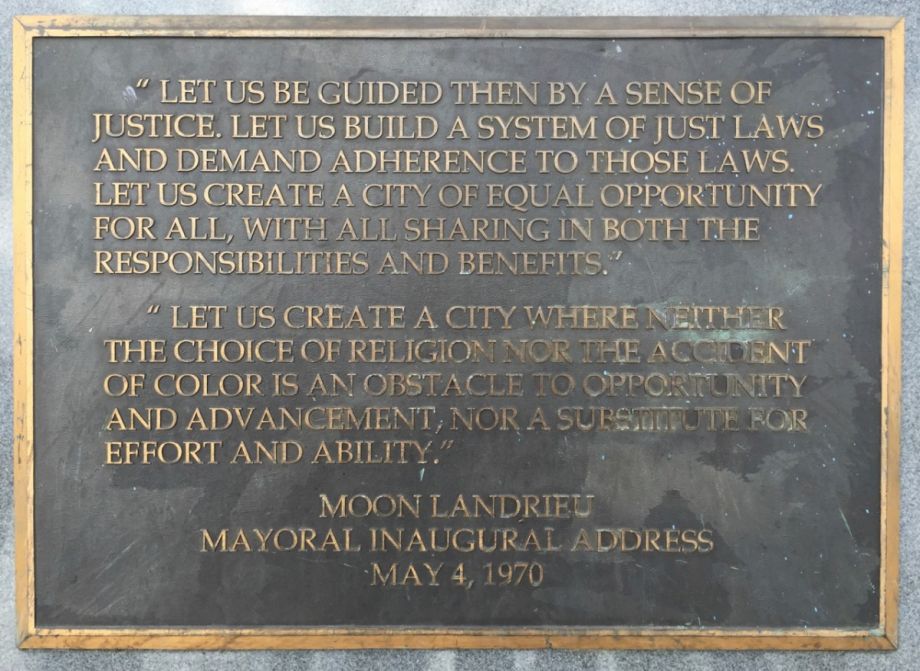 What do you do when progress isn’t color-blind?

Given all that, a broad, cross-sector array of players has coalesced around the understanding that the playing field is far from level, and that it will take a collective effort to level it. That collective effort is embodied most recently in the 31 small business owners who just completed a six-week course as the first cohort of BuildNola, a training program to prepare local small and disadvantaged businesses to more effectively compete for public and private contracts.

“BuildNola is situated between leveraging the investments of the city in infrastructure projects and leveraging major private projects that are happening here locally,” says Ashleigh Gardere, senior adviser to New Orleans Mayor Mitch Landrieu on economic opportunity, and director of the Network for Economic Opportunity, which is led by the city and the New Orleans Business Alliance and runs BuildNola.

More than just a training program, BuildNola is designed to be a crucial long-term tool to help level the economic playing field in New Orleans.

The people attracting new investment and creating many of the good jobs in New Orleans aren’t connected to the great majority of residents who might be willing and able to take on new work or contracting opportunities.

“In New Orleans, it really does matter where you went to high school,” Gardere says. “When you think about what it takes to either have a strong network that connects you to careers or to business ownership and contracting opportunities, there really has been a disconnect from one generation to the next around that network and those relationships.”

Addressing that disconnect through BuildNola starts with focusing each cohort around a specific major project. The first cohort focused on the redevelopment of New Orleans’ former World Trade Center site into a Four Seasons Hotel. It’s a $364 million project, of which the city expects $100 million to go to disadvantaged business enterprises (DBEs) as defined by the City of New Orleans.

“With the Four Seasons project, there are contracting opportunities that not only included your typical construction work like architectural services, but also once the project is over, parking lot management, florists, landscaping, human resource training, vendors inside of the space,” says Arkebia Matthews, director of the office of supplier diversity for the City of New Orleans.

“It leads to a less intimidating business environment for the small businesses because it’s not a win or lose, you’re really learning about that project and what it’s going to take to compete on bids, and if you win, what do you need to do to perform well as a contractor or subcontractor,” Matthews says.

The project-specific structure, Gardere says, allows the cohort to build deeper relationships with people making decisions about development dollars. It lends teeth to what might otherwise be just another typical soft networking opportunity.

While BuildNola itself is funded with the lion’s share of a $1.1 million grant from HUD, it is just one component that has emerged out of Mayor Mitch Landrieu’s Economic Opportunity Strategy. The initiative has, at the top of its list, a goal of DBEs receiving 35 percent of every public contract and every private contract that uses public subsidies.

With Gardere at the helm, and with support from the Ford Foundation, the Kellogg Foundation and Living Cities’ Integration Initiative, the Economic Opportunity Strategy began with a year-long, cross-sector effort to plan, in a very intentional way, how each sector (public, private for-profit, private nonprofit) can play a role in connecting the disconnected (DBEs and also disadvantaged workers) to new economic opportunities in the city. (Next City receives funding support from the Ford Foundation.)

The strategy emerged out of engaging existing grassroots organizations connected to the city’s DBEs and disadvantaged workers, local anchor institutions like hospitals and universities, and local associations of contractors and large construction companies.

“We have made the strongest push ever in the city’s history around not just focusing on the role that the municipal government plays but really organizing the private sector as well to do this work,” Gardere says.