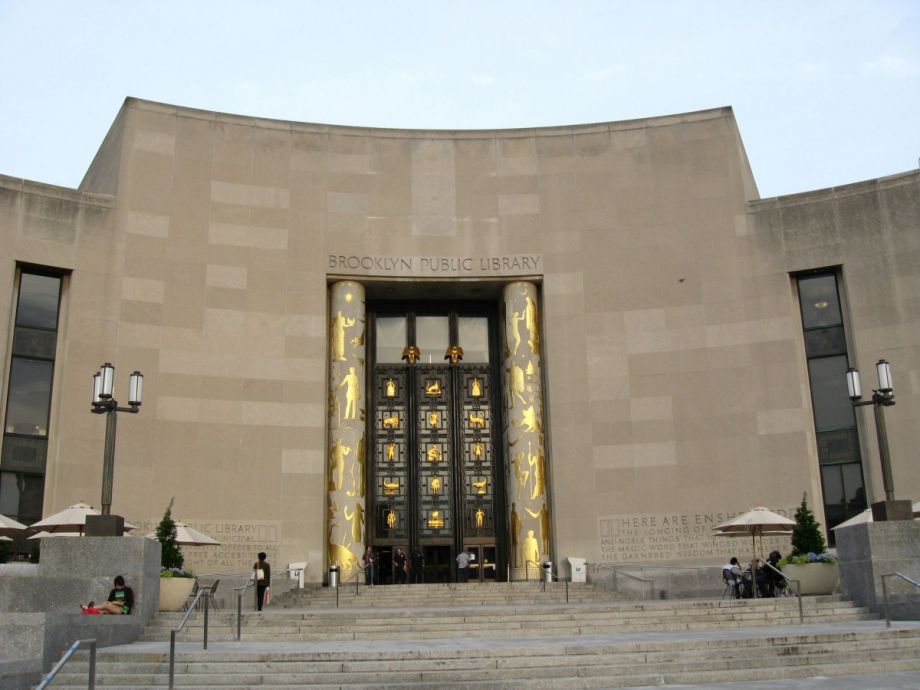 A little over a year ago, Brooklyn Public Library patron Kim Best received the shock of her life. She was, for all intents and purposes, an illegal immigrant — terrifying news for the mother of a nine-year-old son.

She had lived in New York City since her family immigrated here in 1981, when Kim was only six years old. In the United States, foreign-born children of immigrants are eligible for derivative citizenship through a parent until the age of 18. But Kim’s mother waited until 1996 to complete her own naturalization, when Kim was an adult and no longer covered under the law. So while Kim had always thought herself a citizen, she was not.

Not knowing where to turn, Kim came to the library. There, she discovered free classes, study guides and legal advice that help hundreds of immigrants pursue U.S. citizenship every year. With the support of her son, who quizzed her nightly on American history, and after participating in an 11-week workshop at Central Library, Kim became a naturalized citizen on Oct. 14, 2015. It was one of the best days of her life.

Only a generation ago, the advent of the digital age seemed to bode ill for libraries. Who would need them, these bricks-and-mortar artifacts of a simpler time, with so much information accessible at the click of a button?

Yet the digital revolution has proved not to be the demise of libraries, but their rebirth — and today, they are more relevant than ever to the people and communities they serve. Many patrons come to us as generations before them did, in search of good books and helpful research materials. Others, like Kim, pass through our doors determined to change the course of their lives. Taken together, their stories signal a bright future for our society’s most democratic institution.

Libraries are serving more people in more ways than ever before. At Brooklyn Public Library, our 60 branches logged nearly nine million visits last year, and 928,000 people attended our 47,000 public programs and events — all of which were, like everything libraries do, presented free of charge.

In New York City, the digital divide persists. With one-third of city households lacking internet access, families turn to libraries, the largest providers of free WiFi, to get and stay connected. Library computers are equipped with software and databases that freelancers, job seekers and students would not otherwise be able to afford. And free technology classes, job search and résumé assistance, and drop-in computer labs help New Yorkers find their way in a complex, knowledge-based economy.

As anyone who has visited a neighborhood branch recently will attest, the experience of being in a library is not what it once was. The era of shushing is long gone. Today, libraries are home to programs for patrons of all ages and backgrounds, alive with the energy of people from so many walks of life coming together under one roof.

Meanwhile the printed page, for centuries the foundation of library service, is alive and well. As of this writing, our catalogue holds 3.9 million items, the majority in print. In fact, thanks to increased investment from the city and help from private donors, we’ve increased our collections budget to its highest level since the recession.

As for Kim Best, her first year of American citizenship has been dizzying. On April 19, she proudly voted in a presidential election for the first time. Now Kim and her family are planning to travel internationally — perhaps to Guyana, where she has not been since she was a little girl.

But first, she will visit the White House on June 1 to help Brooklyn Public Library accept the 2016 National Medal for Museum and Library Service, the nation’s highest honor for libraries. It will be Kim’s first visit to the nation’s capital, and she will gather beneath those stately marble columns with library supporters and patrons — her fellow citizens — from all over the country.

And then, another door will open to her.

Linda E. Johnson is the president and CEO of Brooklyn Public Library.