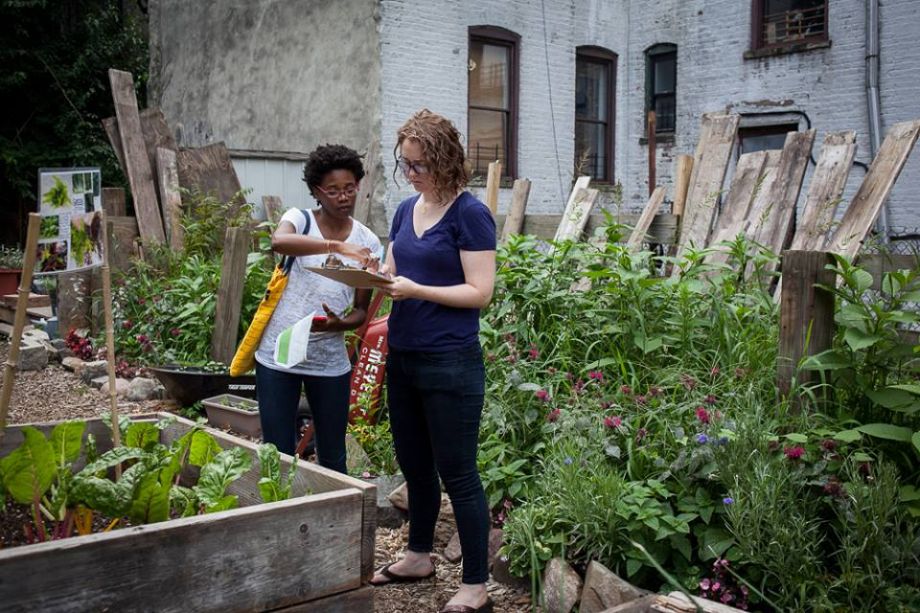 A few weeks ago, the Central Brooklyn Food Co-op launched a Kickstarter campaign to open a brick-and-mortar location for the first Black-led food cooperative in New York City. In less than a week, the co-op achieved its $25,000 goal. And after the fundraiser wraps later this month, organizers will work not only to secure a space, but lay the foundation for a network of worker and consumer-owned food businesses across Central Brooklyn

This quick succession of events is the result of years of organizing prompted by the Brooklyn Movement Center, a community organizing group based in Bedford-Stuyvesant, Brooklyn. About a year after its 2011 inception, Brooklyn Movement Center organizers had an idea to host “grub parties” gathering community members to break bread and talk about food justice. At casual potlucks inside local schools and organizing spaces, the group talked through issues like school food, the denial of food benefits to criminal justice-impacted people, and ways food relates to environmental justice.

“It was a way of politicizing folks, and creating a common consciousness around food in Central Brooklyn,” recalls Mark Winston Griffith, executive director of Brooklyn Movement Center. One topic kept bubbling to the surface of conversation: limited access to affordable, fresh food, and how community members could change that.

From early on, the vision was “a Black-led food co-op, in the context of the survival of a Black neighborhood,” Griffith says. “We see ourselves as an anti-gentrification force,” adds Ina Solomon, an early organizing member who now serves on the Central Brooklyn Food Co-op board.

Early members describe the six years of organizing as intense, community-focused work. “Not a lot of people came in with an existing understanding of organizing or building food retail,” Griffith says. “[Securing] money and trust became the big issues.” Big questions were collectively addressed, like determining the shopping and membership model. (Ultimately, organizers decided on a consumer-owned co-op, in which each member holds an equity stake in the co-op and helps lower operational costs through an investment fee and about three hours of monthly labor.)

With a grant from the US Department of Agriculture, the team is developing the Central Brooklyn Food Democracy Project, a neighborhood-based food system of consumer- and worker-owner cooperative food enterprises that encompasses food growing, sourcing, production, warehousing, packing, distribution and catering.

The Central Brooklyn Food Co-op will be the “foundational center” of this system, explains Bianca Bockman, food justice program director for Riseboro. RiseBoro staff already supported the development of two worker co-ops that plan to do business with Central Brooklyn Food Co-op. The first is a Community Chef Coop, which will offer culinary courses, cooking demonstrations and event catering to co-op members. The second is Brooklyn Packers, a food packing and distribution service.

Bockman says the goal is to support at least six cooperative food businesses over the next four years, which could range from an urban farm to food preparation. “We want to be responsive to where resources are, what people want to be doing, and where the need is — knowing what kind of businesses will benefit our community,” she says.

But first, the Central Brooklyn Food Co-op needs to find a location — another challenge given rising commercial rents in the area. The successful Kickstarter gives organizers some wiggle room; they’ve also set “stretch goals” to fund the renovation, build out meeting spaces and a demo kitchen, and develop community programming.

The hope is to open in early 2020. “The fact that it’s taken so long, one could accuse us of being somewhat tentative,” says Griffith. But he knows the challenges of opening and sustaining cooperatives, and the importance this one is going to play to the Central Brooklyn community. “That tentativeness,” he adds, “comes from really wanting to get this right.”