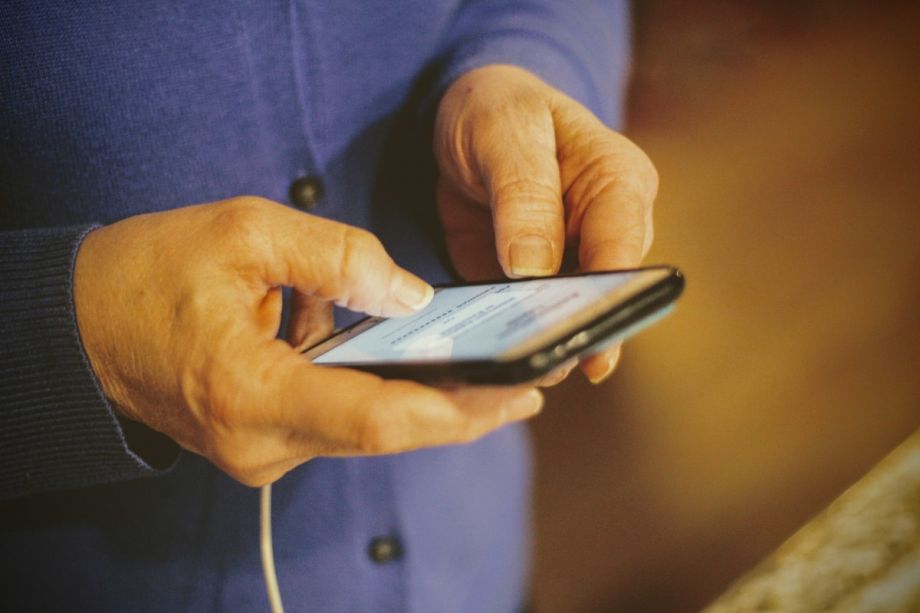 (Photo by Joshua Hoehne on Unsplash)

“With the pandemic, it’s a different life now — you can’t hug your loved ones, you can’t visit them,” says Annie Everett, a participant in the Sharing Network. “But because I’m calling into [the Sharing Network] on a weekly basis, it really starts to feel like you’re talking to your friends.”

The Sharing Network — moderator-led discussion groups designed for seniors to access by phone — is a project of One Community, an organization founded in the adjoining neighborhoods of Fort Greene and Clinton Hill, Brooklyn, to address a glaring disparity: Though they are well-resourced neighborhoods with small and national businesses, colleges, cultural organizations and open space, the area also has the city’s second poorest census tract with a total of eight homeless shelters. One of the starkest divides is between the leafy blocks of multi-million-dollar brownstones and the chronically under-resourced public housing developments.

“It’s really a tale of two communities,” notes One Community founder Jed Marcus. “And the communities are separated as though by a wall that people aren’t comfortable on either side, people don’t call on the resources from either side, and people and institutions don’t adequately serve people on the other side.”

As COVID-19 further deepened those disparities, One Community joined a coalition of local nonprofits, public housing tenant associations and mutual aid networks to identify and serve the neighborhood’s most at-risk residents — low-income seniors not only vulnerable to the virus but also suffering from isolation.

The coalition began in March and focused on food distribution. But during interactions with the seniors receiving food, it became clear that they were suffering a deepening emotional toll due to isolation. “Anytime we called them, what we thought would be a ‘yes or no’ question, or a quick three-minute conversation, turned into a 15-minute conversation,” says Marcus. “They craved those opportunities for connection.”

The various organizations in the coalition assembled about 40 volunteers to initiate “wellness and social contact calls,” according to Marcus, and they made about 300 calls a week. From there, One Community decided to create more formal, moderator-led phone groups for seniors, designed as simply as possible so participants didn’t have to deal with access codes or passwords. To do so, they tapped into partnerships with organizations like the Ingersoll Resident Association, which serves the 1,569 families of Fort Greene’s Ingersoll public housing complex.

In March, Ingersoll Resident Association president Darold Burgess began conducting wellness checks and fundraising for resources and food to distribute to his neighbors. One Community “was there to fill that gap when I didn’t have enough staff or time,” Burgess explains, with volunteers shopping for residents and picking up their medications and packages. 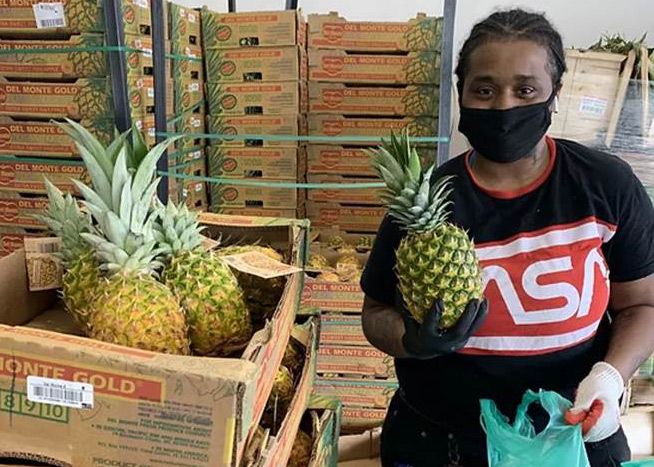 It was a natural partnership to conduct outreach for the Sharing Network. “I know everyone in Ingersoll — everyone,” says Burgess. “I told Jed that we’d make the phone calls, talk about it during in-home visits, post flyers in the building.” One Community did similar outreach with other public housing resident associations and confirmed interest from about 300 seniors across the community.

Then it was a matter of recruiting and training volunteer moderators. Recommendations came through word of mouth and local community and church networks, according to Sharing Network director Daniel Nussbaum.

Marcus, Nussbaum and other One Community volunteers developed training with the help of a senior social worker and Dorot, a New York organization that addresses challenges of the elderly, including social isolation. Their goal was not to make sessions feel like an educational class; rather, to facilitate stimulating and friendly conversation to create connection and improve participants’ sense of wellbeing. One Community offered support to moderators if challenges came up, including technical difficulties and making sure all the participants were brought into the conversation.

One Community intentionally chose the telephone rather than video conferencing. “We’re trying to reach people who either don’t have the internet at all, don’t have confidence to be on it or just don’t use it,” explains Nussbaum. “We needed a platform for us to call out to people and reach them by phone, rather than asking people to put in a long code or password.”

The first three groups — chair yoga, “neighborhood memories” for long-time residents, and women’s Christian fellowship — launched in October as hourly phone sessions once a week for five weeks. A One Community intern sets up the shared phone line and calls out to each participant. They also text or call participants the day before sessions as a reminder.

During the final two sessions of each group, One Community volunteers spoke with participants to get their feedback and make adjustments to the program. Since then, they’ve launched new, ongoing groups, covering topics like holiday planning, music, civil rights, baseball history, family and the Latinx experience in New York. Each phone group is capped at 8 participants. The first three groups had 15 participants; as the groups expanded the Sharing Network has served 110 seniors over the course of the program.

The latest 11 groups that kicked off in January had 63 enrollees. The next 11 groups, which will start February 15th, have 76 seniors enrolled so far.

Curtis Fowlkes moderates “Spinning the Oldies,” where he talks about and plays music with eight Sharing Network participants. As a professional trombonist living in Bedford-Stuyvesant, Brooklyn, his own life has been upended by the pandemic. “It’s been really challenging to have most parts of your life paused,” he says. “Once they brought me into moderating, I began to realize that a music program like this is touching … music can be a springboard to remembrances of relationships and what was going on in their world at the time.”

Conversations are flexible and open — in a recent session the participants discussed the inauguration of President Joe Biden. “What I didn’t expect was the inclusion of music to that conversation,” Fowlkes says. “There’s music to suit everything.”

Everett participates in Spinning the Oldies as well as groups on cooking, yoga, bible study, baseball and “friends around the world,” a group bringing in speakers who live outside the country. Through that group, she recently learned about living customs in France. Though she’s never been a fan of sports, things she’s learning in the baseball group allows her to discuss the sport with family members who are fans. The cooking group introduced her to new recipes.

“I have learned a lot,” she says, “And being a senior, you don’t feel alone with these groups. I look forward to the calls and although I don’t see the people, there’s still that connection.”

The Sharing Network recently kicked off a “brain fitness” group that shares trivia questions, brain teasers and puzzles. They hope to start an art and sculpture workshop where they can send participants art supplies by mail and an artist moderator will provide instructions on different artistic projects. “Making it all work by phone is so critical,” Nussbaum says.

He notes that organizers began wondering if they’d continue the Sharing Network after the pandemic. “We wondered if there still would be a call for what we’re doing — and the answer was a resounding yes,” he says. “Social isolation isn’t just a manifestation of the pandemic, it’s something particularly older people face. This addresses different levels of isolation … we wouldn’t want to take it away.”