Infrastructure Help Wanted: Where the Jobs Are (and What They Pay) – Next City

Infrastructure Help Wanted: Where the Jobs Are (and What They Pay) 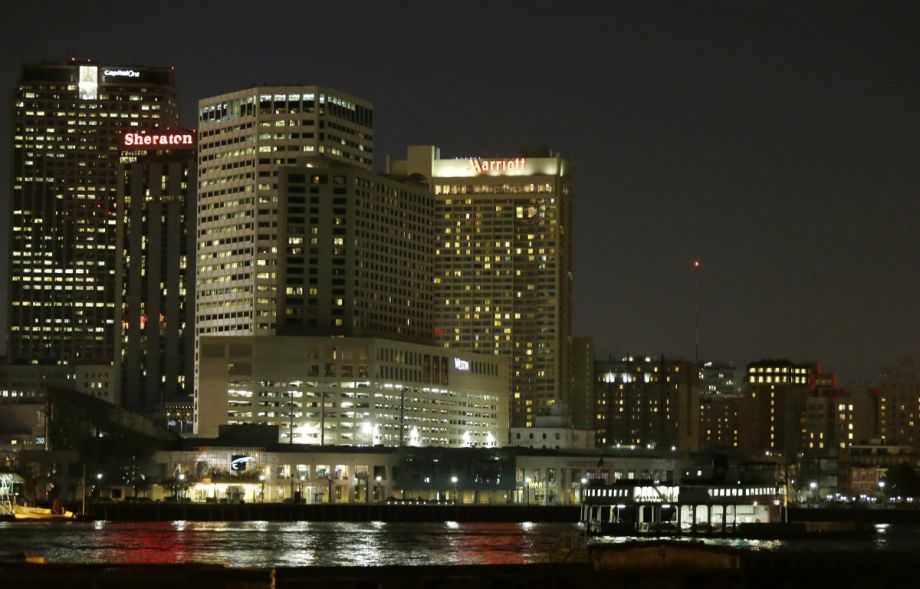 Infrastructure in the United States is big business, and with that business comes jobs, and more than 14 million of them are the subject of a new Brookings Institution study released today by the group’s Metropolitan Policy Program.

In what may be the most comprehensive recent evaluation of labor and infrastructure, the institute found that these are relatively well-paying jobs concentrated in metropolitan areas, and are some of the few remaining solidly middle-class jobs to be had in today’s economy that are available to those without higher education. It’s also a growing field, and one that will diversify into fields like renewable energy.

The study aims for a finer-grained approach than, say, the Bureau of Labor Statistics’ numbers. “Our analysis,” wrote Joseph Kane and Robert Puentes, the study’s authors, “focuses more on the services provided by workers in relevant activities rather than the type of products created,” excluding those working in, say, resource extraction or auto manufacturing.

The study’s headline number is 14.2 million — the number of workers engaged in infrastructure-related activities — accounting for a whopping 11 percent of the nation’s total employment. “Occupations with the most workers,” wrote the study’s authors, “include material movers, truck drivers and electricians, account for nearly 30 percent of all infrastructure jobs, while nuclear engineers, hydrologists and logisticians are among the smaller, more specialized infrastructure occupations.”

And of those involved in infrastructure, the vast majority — more than three-quarters — are involved in operations, keeping the industries moving, with the remainder involved in building, designing and governing infrastructural systems. While this may come as a surprise to laymen, it shouldn’t shock anyone familiar with, say, transit agency budgets, which are overwhelmingly focused on operations, with a smaller allocation toward capital projects and expansion.

“Too often,” Brookings warns, “calls for infrastructure investment only focus on the jobs involved at the beginning of a project’s lifecycle. Policymakers need to view the costs and benefits of designing, constructing, operating and governing infrastructure over several decades, which necessarily involves millions of workers.”

While the nation’s largest metro areas — New York, Los Angeles, Chicago — dominate employment figures, there are a few areas that punch above their weight. Memphis and Louisville, for example, are large warehousing and logistics centers, with 17.8 percent and 13.6 percent, respectively, of their workforces active in infrastructure. Energy centers like New Orleans and Houston also do well, while other cities have outsized proportions of more specialized professions (Seattle and avionics technicians, Richmond and nuclear engineers, Chicago and … septic tank servicers).

Infrastructure jobs pay well a the low end, and also don’t require much higher education. “The highest level for education for 57 percent of infrastructure workers is a high school diploma or less,” wrote the study’s authors, compared to 34 percent for all occupations nationally. Some of the jobs with the least need for college degrees include hand-packers and packagers, electricians’ assistants and those aiding pipelayers, plumbers, pipefitters and steamfitters, with some of the highest-paying professions (for example, solar photovoltaic installers, where even those at the 25th percentile of pay earn nearly $15 an hour) having a majority of workers without college degrees.

This is not to say that there aren’t more highly skilled infrastructure professions, and ones that pay much more. Nearly all urban and regional planners, for example, have bachelor’s degrees or higher, along with nuclear engineers, commercial pilots and hydrologists.

And infrastructure jobs have growth potential. Overall, between 2012 and 2022 employment is expected to rise by 1.1 million workers, “led by an additional 242,000 material movers, 193,000 truck drivers and 115,000 electricians.” (While this doesn’t quite meet overall job growth, there will still be a larger-than-average demand for these skills, as the need for replacement workers is quite high, especially among relatively skilled positions like urban and regional planners, air traffic controllers and other airfield-related specialists.)

Among those occupations with the largest growth potential are electricians’ helpers, plumbers and renewable energy (wind and solar) installers and techs — all fields where the majority of workers have qualifications that max out at a high school degree. (While 74 out of 95 infrastructure occupations are expected to see job growth, some will see declines — for example, ticketing agents, meter readers and train locomotive firers.)

Infrastructure projects should never be solely about job creation — governments should seek to avoid the sort of inefficient resource allocation of dig-holes-just-to-fill-them-back-in-later jobs. But this Brookings report shows that infrastructure investment is still a good bet for middle-class jobs, and that more investment in the sector might subtly push the workforce in a more egalitarian direction.