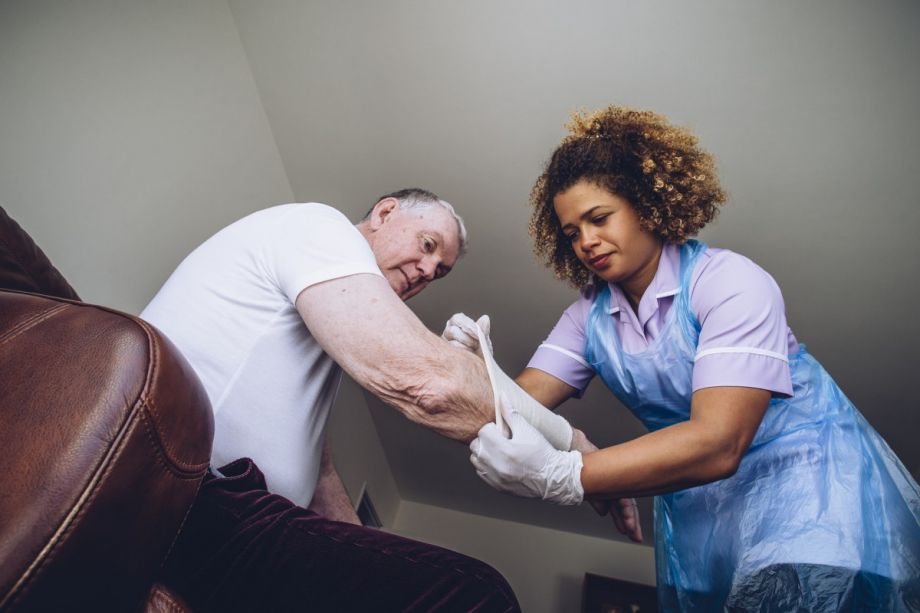 Workers and their allies in the Bronx built Cooperative Home Care Associates to protect against exploitation and keep workers at the center from the jump. Founded in 1985, today it’s the country’s largest worker-owned cooperative, with more than 2,000 members. It’s a total outlier: Leaving Cooperative Home Care Associates out of the equation, the average worker co-op has just nine members, according to the Democracy at Work Institute, which supports worker co-op development across the country.

Being a worker co-op doesn’t make it perfect, but it means being owned and democratically controlled by workers — a majority of the agency’s board members are elected from its membership. And now Cooperative Home Care Associates has a first-of-its-kind platform, the “Home Care Workers Purpose Trust,” that will bring everything it has learned about how to run a pro-worker home care agency to other home care agencies across the country.

The trust brings together Cooperative Home Care Associates, the health care research and advocacy organization PHI, and the Boston-based worker-ownership organization ICA Group. The trust is able to bring everything all three organizations know about how to run a worker-centric company to other home care agencies across the country by forming joint ventures and bidding on contracts together.

The trust recently won its first contract with Washington state, worth $500 million and covering 20,000 home care workers as part of a joint venture with Consumer Direct Care Network, a home health care agency based in Missoula, Montana. The trust and Consumer Direct Care Network will partner to provide home care to around 20,000 clients across the southern half of Washington state, including Tacoma and Olympia

“What resonated was this notion of we get to take Cooperative Home Care Associate’s principles that are at our core and lay it out over [another] state’s program,” says Adria Powell, president and CEO at Cooperative Home Care Associates. “There’s also the opportunity to build connection and voice and power for the workforce through the Trust. Home care is very isolating — people do this job in someone’s home.”

Under the joint venture arrangement, the Home Care Workers Purpose Trust and Consumer Direct Care Network formed a new legal entity that has representatives from both the trust and the agency sitting on its board of directors. The new entity’s bylaws require its management team to report to the board on more than just the financial condition of the business. Specifically, it will report on the business’s wages and benefits, stable and predictable work scheduling, worker participation in policy design and other key operating decisions, career advancement, and other metrics based on the collective knowledge and experience of the trust members. The board of the joint venture will be able to propose and approve policies that will reflect the collective wisdom and experience of the three members of the trust as well as Consumer Direct Care Network. Any profits that the trust accrues as part of the joint venture will be recycled back into programming and research into improving conditions for home care workers.

“It’s another mechanism for investing in the workforce, elevating jobs and checking employers to make sure they’re doing what they say they’re doing,” says Powell. “These are publicly-funded programs, too.”

Across the U.S., an estimated 2.1 million home care workers assist clients daily with dressing, bathing, eating, basic exercises, and running errands or other social appointments outside of the home. An estimated 87 percent of home care workers are women, and 60 percent are people of color.

But home care workers are vulnerable to exploitation. Similar to domestic workers, home care workers face isolation from colleagues, often hired by a faceless agency to work in clients’ homes, or perhaps a handful of clients on any given day. Many of them are immigrants, meaning language barriers or immigration status give home care companies negotiating power over workers. Nationwide, home care workers have a median hourly wage of just $11.03 an hour, and around 40 percent are employed on only a part-time basis — resulting in a median annual income of only $15,100 among home care workers.

Consumer Direct Care Network operates home care and direct care programs in 16 states plus the District of Columbia. It was already interested in bidding on the contract to take over management of Washington state’s home care program when ICA Group came calling about forming a joint venture with the Home Care Workers Purpose Trust. According to Ben Bledsoe, CEO of Consumer Direct Care Network and a former home care worker himself, having the trust as a joint-venture partner made their bid even stronger.

“[Washington state’s existing home care program] definitely showed a lot of value toward worker issues, which is why we started down this path of the joint venture with the Trust, for the added value of respecting and improving the workforce for home care,” Bledsoe says.

Washington state’s current home care system goes back to the 1990s, when the state first began an intentional shift away from institutional care and investing instead in home- and community-based care for those in need of long-term assistance.

Funded by Medicaid, Washington state’s home-care system is also notable for being “consumer-directed,” which means people can choose their own caregivers, instead of being assigned one from an agency. This also means that family members or friends taking care of loved ones can, under certain conditions, apply for compensation from Medicaid for the assistance they might have already been providing on an unpaid basis. In such situations, those care-givers technically become employees of Washington state. Around 75 percent of the state’s consumer-directed home care workers are family members of clients, according to the state’s Department of Social and Health Services. The starting wage under the current state-run program is $14/hour, significantly higher than the national average, and some 16 percent of workers in the program prefer to communicate in a language other than English.

At the time the request-for-proposals went out, there were around 40,000 consumer-directed home care workers under the existing state-managed program.

Ultimately, after putting out a request for proposals for the state’s entire consumer-directed home care network, the state awarded two contracts, one for a northern region and one for a southern region, each with roughly half the state’s existing home care workers. The new joint venture with Home Care Workers Purpose Trust and Consumer Direct Care Network was given the southern region, which includes the state capital Olympia, as well as Tacoma, but not Seattle. It’s the largest contract Consumer Direct Care Network has ever won.

Powell sees the geographic split as a break in the Trust’s favor, as it will make things a little more manageable in these early stages. “That gives us the opportunity to really focus on a segment as opposed to the entire state,” Powell says.

The joint venture has until 2021 to fully implement private management of the program. When that happens, home care workers in the southern region will be employees of the joint venture — and they’ll still be unionized under SEIU 775.

Bledsoe, meanwhile has already been taking much of what he’s already learned from the Bronx back to his company. He and the majority owner of Consumer Direct Care Network visited the Bronx agency earlier this year. Even as a veteran of the industry, Bledsoe took away a lot when it came to the wraparound services the Bronx agency provided to its workers, like personal financial planning. The co-op also has a tradition of “Payday Fridays,” when an otherwise isolated workforce comes together as a group. Gestures like that seem simple or superficial, but mean a lot for creating a supportive work environment, Blesdoe believes.

“What was interesting to me was the camaraderie around workers,” Bledsoe says. “It wasn’t just about picking up a check, it was about experiencing what was there. That sense that this was a team of people who knew each other was really great. We’re focused on care here, and we understand we need to put attention and support toward workers, but I think we had been blind to some of the things CHCA had in place.”

ICA Group, meanwhile, is thinking about how it might form other trusts, with different assortments of trust members, to form pro-worker joint ventures in other sectors and states.

“We imagine that there could be other industries or places where you could use the same kind of model, but the parties you’d bring together there would be different,” says David Hammer, CEO of ICA Group.