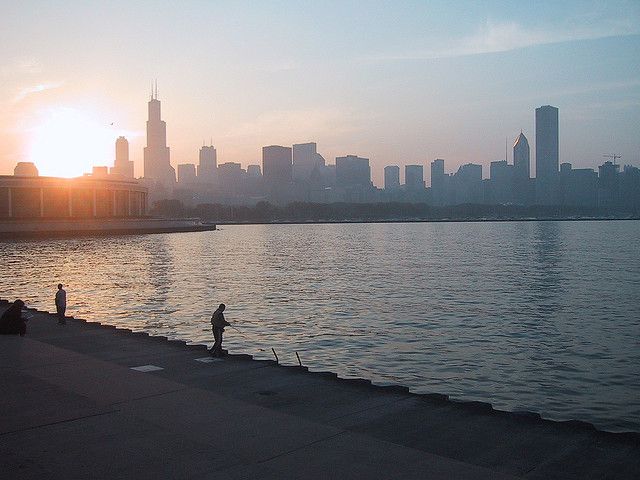 Daylight Saving Time took effect this weekend, which means we traded one hour of sleep for more light in the evening, ostensibly in the interest of energy savings and traffic safety. But that’s not all: A forthcoming study from University of Virginia and College of William and Mary researchers proves, for the first time, that pushing clocks forward also happens to reduce crime rates.

Energy savings, not crime reduction, has always been the primary rationale for switching the world’s clocks twice each year. Citing the need for wartime coal conservation, the U.S. first adopted Daylight Saving Time (DST) and standard time zones during World War I under the 1918 Standard Time Act. DST has come and gone several times since, and in 2007 Congress extended DST by a month.

The extension created the controls needed for UVA’s Jennifer L. Doleac and William and Mary’s Nicholas J. Sanders to conduct the first large-scale analysis of how DST affects crime rates in the U.S., a question researchers had long wondered given the well-known correlation between season, temperature and crime rates. Using three robust methodologies to analyze hourly crime reports mined from four years of National Incident-Based Reporting System, Doleac and Sanders looked at crime rates during the three weeks before and after spring DST took effect.

In a publicly available working paper, the researchers conclude that DST reduced robbery by 51 percent, murder by 43 percent and rape by 56 percent during the “extra” hour of evening daylight. The results were consistent across methods, and the drop in crime was limited to the one-hour period affected by DST. Importantly, offenders did not simply “reallocate” crime to a later part of the day, as overall daily crime totals in the three weeks following DST also fell significantly. DST appeared to have no effects on motor vehicle theft, swindling, forgery or burglary.

The authors attributed the drop to deterrent effect more than incapacitation. In layman’s terms, that means better lighting increases the likelihood of being seen by witnesses or police, which in turn discourages criminal activity.

The study also lends insight into an age-old question: Why does crime go up in the summer? Chicago’s violent crime rate historically climbs more than 50 percent from the coldest months to the warmest. And balmy winters have been blamed for the city’s recent increase in homicides. Earlier this winter, Chicago Magazine’s Whet Moser wrote of Chicago’s complicated relationship with winter: “Our deepest image of Chicago is not fire, but ice. It’s a difficult mercy; in a violent city, it puts the fires out.”

Many factors, including summer break from school and increased participation in outdoor activity, complicate the summer-crime connection. But Doleac and Sanders’ work pretty much rules out the season’s additional daylight hours as the culprit behind crime spikes.

If anything, Chicago (and other northern cities) could benefit from even later sunsets. The British have been experimenting for decades with “Double Summer Time” — a two-hour daylight saving from spring to fall. Last year, British Parliamant considered a bill to make Daylight Saving Time permanent, and then shift another hour forward at summer. The effect is the same as if the country were to shift one time zone each (which several other countries and many regions have done for commerce reasons).

States like Michigan, which lie on the western edge of their time zone, already enjoy a form of double summer time. As a kid growing up in Northwest Indiana, a region that deviates from the rest of the state’s eastern time zone because it’s yoked to Chicago commerce, I enjoyed many summers at a camp in nearby southern Michigan. Michigan Time, as we called it, meant longer summer days. Though the camp was barely east of my home, the sun set a full hour later, according to the eastern clock. Chicago lies at that eastern edge of the Central time zone, and thus endures a relatively early summer sunset, making it ripe for a policy like Double Summer Time.

Should the city wish to adopt Double Summer Time and capitalize on another hour’s worth of crime reduction, it will need the state of Illinois to join it. States are free to opt in or out of DST, but in the interest of commerce (and the transportation industry, in particular), participating states must change the clocks at the same time as everyone else.

Cash-strapped cities debating whether to keep streetlights may also want to take a look at this study. According to a 2011 New York Times article, “Cities around the nation, grappling with what is expected to be a fifth consecutive year of declining revenues and having exhausted the predictable budget trims, are increasingly considering something that would once have been untouchable: the lights.” In Detroit, dark streets have played a role in the city’s high crime rate and contributed to perceptions of danger. Last month, Detroiter Emily Doerr incited a citywide conversation about street lighting after speaking out about being mugged outside her home. There were no working streetlights within three blocks, she wrote in a letter to her local city councilmember.

Research on the effect of street lights on crime has produced mixed results. While research supports a common-sense theory that street lighting reduces crime and fear of crime, the results are complicated by the fact that street light installations usually coincide with other forms of investment in a given area. One study of Chicago alley lights found that crime actually increased following better lighting. But the study was limited to just one eight-block test area, and it involved a boost in lighting from 90-watt to 250-watt bulbs, rather than a switch from unlit to lit.

Whether or not they are more dangerous, dark streets certainly feel that way. After Highland Park, Mich., a small city just outside of Detroit, removed its street lights for budget reasons, some residents reacted fearfully. “‘When you come through at night, it’s scary; you have to wonder if anyone is lurking around waiting to catch you off your guard,” Juanita Kennedy, 65, told the Times, who also mentioned that she had installed a home security system and undergone training to carry a handgun. “‘I don’t go out to get gas at night. I don’t run to any stores. I try to do everything in the daytime and to be back before night falls.’”

Perhaps cities looking to keep residents like Kennedy safer at no cost at all should consider delaying nightfall another hour before funding more artificial light.