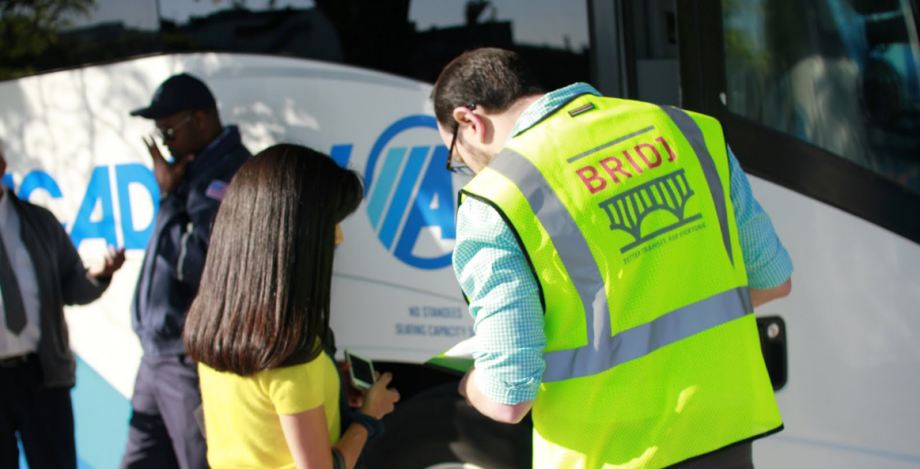 Bridj was a venture-funded company with 50 employees that had raised over $4 million, BostInno reports. The idea was to combine an Uber-like ride-hailing app with shuttle buses that operated in a somewhat on-demand fashion. Fares ranged from $1.50 to $7 a ride, and since launching in 2014, the company had expanded from Boston to three other cities: Washington, D.C., Austin and Kansas City, although operations in Kansas City ended in April.

The company had been in extended negotiations with a car manufacturer, CEO Matt George wrote in a blog post Sunday night. He did not name the company, but wrote that Bridj had been promised “a close date for a sizable transaction in lieu of a traditional venture capital funding round.”

The close date timeline extended from weeks to months, as they sought to gain the appropriate internal approvals that we (and they) thought were already in place. Throughout, we remained convinced of the close strategic fit and both sides had every expectation that the transaction would close. Despite assurances, and all parties acting in the best of faith, that didn’t happen.

Boston was Bridj’s largest market, the Boston Globe reports, with “as many as 50 vehicles operating at one time.” Jim Aloisi, a former state transportation secretary who monitors transit in Boston, told the Globe that while he sees the public wanting to use technology for transportation improvements (a similar on-demand service launched in New Jersey last year), it’s hard for such a company to succeed.

“For everyone who wonders why public transportation has historically required a subsidy, this is the answer to their question,” he said. “Mobility is expensive, and it doesn’t make a profit.”

As Rachel Kaufman wrote for Next City in 2016, another similar service, Kutsuplus, shut down in 2015. Kutsuplus was a city-run on-demand bus in Helsinki, Finland.

At the time, several theories were floated about Kutsuplus’ demise. One was that the limited schedules of such an on-demand services meant limited fares — a problem that could only be fixed by volume, or increasing city subsidies. Kaufman interviewed George for the story, and his thoughts were similar.

“I think Kutsuplus would have been much more successful if there had been more vehicles … [in] the pilot program,” he said. “Unfortunately the challenge in transportation technology is not the tech in itself, it’s also managing the business around it.”

Bridj made several innovative moves beyond its creative model. In Kansas City, the city actually owned and operated the buses, which were Bridj branded, while Bridj provided the platform and technology. Last year, it was also in talks with the Massachusetts Bay Transportation Authority to offer 24-hour service.