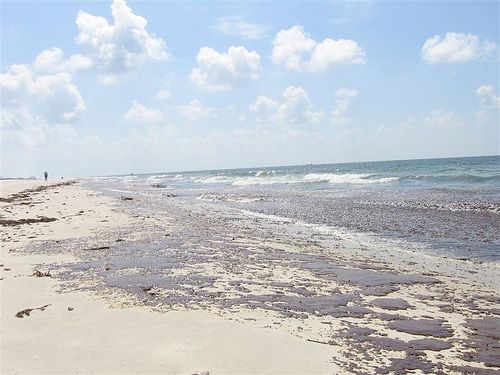 High-end estimates say as many as 126.3 million gallons of oil have gushed into the Gulf of Mexico since the BP oil rig exploded April 20 – enough, the Associated Press says, to fill about 9,200 average-sized living rooms. This month millions of dollars started gushing from BP’s bank account in an attempt to shore up the threatened tourism industries of Louisiana, Alabama, Mississippi and Florida. Louisiana and New Orleans are using the funds for a series of print and television advertisements, which will go national around July 1 as part of an attempt to remind more living rooms that New Orleans and Louisiana are viable tourist destinations.

“The Gulf Coast is open for business and for fun,” one ad assures while flashing images of beaches, fresh seafood and recreation. “It’s not the first time New Orleans has survived the British,” a print ad reads, adding the cheeky (perhaps rude) disclaimer, “Right now, everyone is welcome, especially our friends from England.”

These ads, including the latter, which some are labeling as anti-British, are being paid for with BP funds. As a part of the Gulf Coast oil spill damage control, BP, which owns 65% of the oil rig, dished out millions of dollars to be used by Gulf Coast States to promote tourism. Florida received $25 million while Louisiana, Mississippi and Alabama each received $15 million. This month Louisiana divided the $15 million it received evenly between campaigns to promote New Orleans, coastal Louisiana and seafood and restaurants.

For both Louisiana and New Orleans tourism is vital. In the first five months of 2010 alone, conventions and tourism brought $600 million a month to New Orleans. “Our tourism industry is a major driver of Louisiana’s economy with an annual economic impact of $8.3 billion,” Pam Breaux, secretary of the Department of Culture, Recreation and Tourism, told Baton Rouge’s Advocate. Recent reports find the oil spill is already threatening the city and state’s lucrative tourism industry. The Department of Culture, Recreation and Tourism estimates 23% of tourists who previously booked visits canceled or delayed their trips. 43% of people polled in the department’s study say they “believe the oil spill devastation is about the same as or worse than that of Hurricanes Katrina and Rita.”

Estimates like that of Business Week report that as much as 35,000 – 60,000 barrels of oil per day may still be leaking into the ocean. If such estimates are accurate, the spill could be up to 8 times worse than that of the Exxon Valdez. Gulf Coast tourism officials say media coverage, while not at fault, is not helping the situation. Some fear the daily bad news will drive business away.

As the well continues to spill, the Louisiana Office of Tourism pledges to monitor the situation and focus on tourism recovery. While tourism is necessary and vital, it is clear the tourism advocates are treating the symptom and leaving the solution to others. One might wonder if the reassurance campaigns will detract from the daily bad news and the reality that, more than two months after the initial explosion, enough oil to fill 136 Olympic sized swimming pools has spilled into the Gulf of Mexico.

Listen to a Metro Matters podcast interview with Mark Muro, a Brookings Institution expert, which addresses how the oil spill is affecting energy policy in the U.S.