Both Twin Cities Making Moves on Affordable Housing – Next City 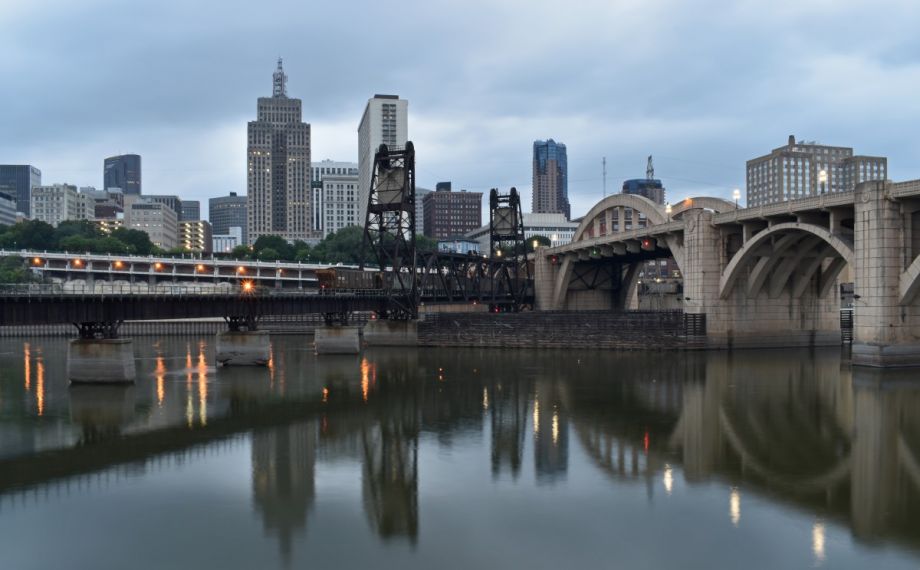 Minneapolis may be soaking up the headlines lately for its efforts to overcome the twin challenges of housing affordability and residential segregation, but in its Twin Cities counterpart of St. Paul, officials are taking steps to address many of the same issues.

In St. Paul, which calls itself “The most livable city in America,” more than half of renters are cost-burdened and the housing vacancy rate is just 2.4 percent. The region has failed to keep up with the need for new affordable housing identified more than a decade ago by the Metropolitan Council, the regional governmental agency and planning organization serving the Twin Cities seven-county metropolitan area.

In June, St. Paul City Council passed a resolution acknowledging that the city was in a housing crisis, and asking the new mayor, Melvin Carter, to create a new affordable housing trust fund and hire a fair housing coordinator. Last week, the council approved a plan to do just that. The $10 million housing trust fund, supported by revenue from a publicly-owned parking ramp, is part of a larger strategy of investing $71 million in housing initiatives over the next three years, according to local reports.

In order to be successful, officials say, the investments need to flow to residents who are earning the least.

“How do we connect people to these investments?” says St. Paul Housing Director Kayla Schuchman. “We know that we have housing disparities among our residents of color. How do we make sure that all of us have access to affordable housing and safe housing, and how do we invest in a way that we’re building wealth for all St. Paul residents?”

The city promises to focus housing investments on building new units affordable for tenants earning between 30 percent and 50 percent of Area Median Income, preserving naturally occurring affordable housing (NOAH) units, and supporting down payment assistance and emergency housing assistance, according to the mayor’s budget proposal. The budget also includes a small investment in the Rondo Community Land Trust. In addition to the $10 million for the housing trust fund, the budget also includes an additional ongoing $2 million city investment in housing.

“Although this is an unprecedented investment from the city and this administration, on behalf of Mayor Carter, he himself would acknowledge that we’re just scratching the surface, and we’ve got a regional issue of a housing crisis coupled with homelessness issues,” Schuchman says.

The city council, which legalized accessory dwelling units earlier this fall, has also asked the city to study a range of policy solutions to address housing needs, says City Councilmember Rebecca Noecker. Those solutions may include “gentle density” changes like those under consideration in Minneapolis and Seattle, density bonuses, inclusionary zoning, expanding tenant protections, and investing more in community land trusts, Noecker says.

The city’s comprehensive plan should support its housing goals as well, says Bruce Corrie, director of planning and economic development for the City of St. Paul. The plan encourages increased density in key areas and a “nodal” housing strategy, directing investment to areas where residents can reach basic amenities within a 20-minute walk of their homes, Corrie says. The comprehensive plan and the housing investments in the budget are meant to attack the housing shortage from both the supply and demand sides, he says.

“The most important dimension of [Mayor Carter’s] housing strategy is that we also want to go deeper on whatever we are doing,” Corrie says. “We want to make sure that it addresses people below 30 percent [of area median income], because often, many of our projects don’t go to that level.”

With Minneapolis and St. Paul making record investments in housing, advocates are hoping that the momentum carries over to the wider Twin Cities region and the state of Minnesota. Anne Mavity, executive director of the Minnesota Housing Partnership and a councilwoman in the city of St. Louis Park, says the urgency of the housing crisis is already starting to generate action at the state level. Last year, Governor Mark Dayton launched a Task Force on Housing, and in the fall, the state house of representatives established a housing committee for the first time.

“Minneapolis and St. Paul have really set a stake in the ground on how necessary it is to disrupt business as usual and invest deeply in housing for all their residents, knowing that the rest of their [neighboring] communities’ success and the region’s success is absolutely dependent on housing as the basic infrastructure,” Mavity says.

The Minnesota Housing Partnership is helping to convene a campaign called “Keys to Prosperity,” with the goal of getting the state legislature to act on housing issues in its 2019 session. (Schuchman, the housing director, says that Mayor Carter will be advocating for state action as well.) With cities making historic investments in housing, Mavity says the time is right for the state and federal governments to step up again, too. She’s counting on widespread political pressure to address housing issues.

“We know that to win, we need stakeholders beyond the very well organized and committed and dedicated housing advocates,” Mavity says. “We need to build a coalition that is much broader and wider, and we think this is the moment where that message is resonating.”