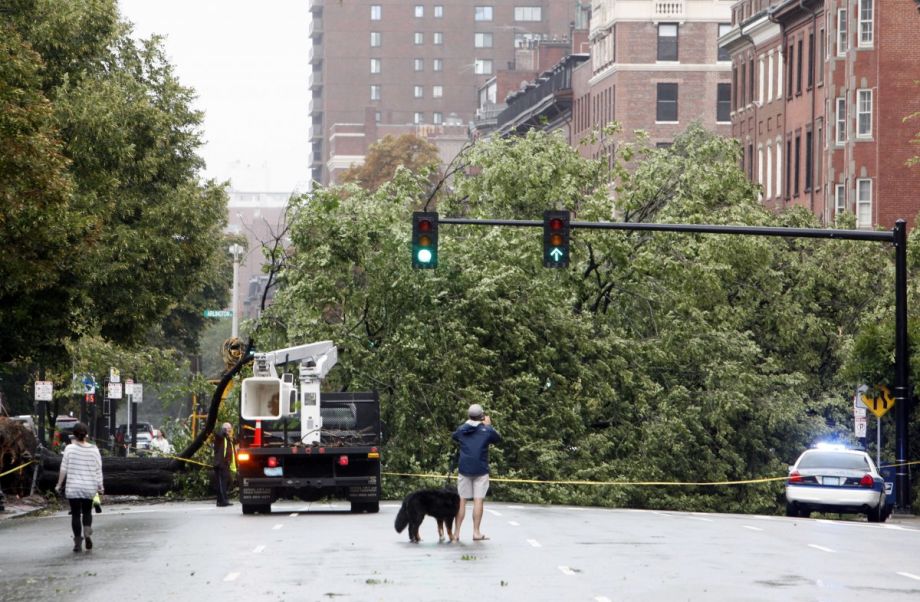 In July, Boston Mayor Marty Walsh released an ambitious resilience plan outlining short-, medium- and long-term strategies for climate adaption, all filtered through an equity lens. Last Saturday, Walsh unveiled some of the first tangible blueprints toward that end, including flood protection measures for two of the city’s most vulnerable neighborhoods.

The proposed projects include a portable floodwall for parts of East Boston and an elevated roadway in the Charlestown neighborhood, the Boston Globe reports. The East Boston wall would be seven feet tall and about 30 feet long and would be deployed across a portion of the East Boston Greenway before storms to prevent flooding. In Charlestown, officials want to elevate Main Street by about two feet in front of the Schrafft’s City Center driveway. Lifting up that portion of the street would “provide protection from water levels measuring a foot higher than what could happen during a big storm by 2030, when sea levels are projected to have risen 9 inches over current levels,” according to the Globe.

Officials estimate that the floodwall will protect roughly 4,300 residents and 70 business and the elevated road will protect about 250 residents and 60 businesses, as well as public safety facilities, from flooding. The wall is expected to cost $100,000 and is in the design phase without a set timeline for completion. The road project will be costlier — between $2 million and $3 million — but could be integrated into existing plans to redesign Sullivan Square and Rutherford Avenue, set to begin in 2021.

But Walsh’s adaption plans have been criticized, particularly by City Council Member Tito Jackson, who is running against Walsh in this year’s Mayoral race.

“We are tired of yet another report filled with empty promises,” he said in a statement reacting to Walsh’s resilience plan. He’s also critiqued the mayor for failing to correct what he terms “persistent disparities” across the city.

And the mayor’s lofty goals are unlikely to become realities without big-time political capital, as Rob Deleo wrote in a 2016 Next City op-ed. Those funds could be jeopardized by a new city administration, or a simple lack of voter will.

“In Boston, unabated climate change could result in floodwaters reaching as far inland as Quincy Market,” Deleo wrote. “Parts of East Boston, South Boston and Charlestown are already at risk of significant flooding due to storm surges and, by 2050, Boston’s summers may be as hot as those in Washington, D.C., increasing the risk of catastrophic heat waves.”