Boston’s MBTA Could Partner With Uber, Lyft – Next City 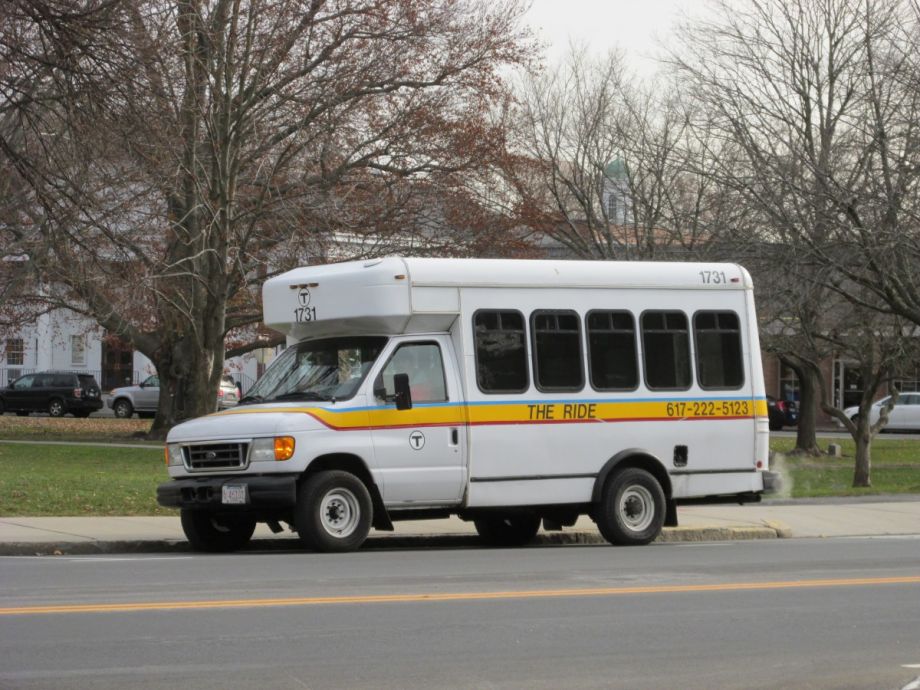 The MBTA is running a paratransit pilot program with taxis — and could partner with Uber and Lyft to serve customers with disabilities. (Photo by John Phelan)

In an urban transportation environment in which we’re still still working to identify the benefits and downsides of app-driven ride service companies, Boston’s MBTA may partner with Uber and Lyft to make transit more accessible — more cheaply — to passengers with disabilities.

Up until now, the Boston Globe reports, customers who need it have used the transportation authority’s ADA-compliant paratransit service called The Ride. But The Ride is lacking when it comes to the on-demand convenience of other transport options, with passengers typically having to request a spot 24 hours in advance.

That’s where taxis — and possibly Uber and Lyft — come in. For the next six months, MBTA is running a pilot program for 124 patrons with disabilities. They’ll be able to pay for private taxis using an MBTA debit card. While the test was set up with taxis, MBTA officials told the Globe they could also form a partnership with the on-demand ride companies.

Officials believe MBTA could save up to $16 million in the 2017 fiscal year with fuller implementation. There are currently 96,000 people eligible for The Ride, at a cost of around $97 million. During the pilot, for every $2 the customer spends using the provided debit card, the MBTA pays an additional $13 on the card. If the ride surpasses $15, the rider has to pay the difference. According to the Globe, the taxi program will cost $672,662 and save MBTA a significant amount per trip. MBTA currently spends an average of $46.88 to subsidize every one-way trip on The Ride.

In Texas last year, a lawsuit was brought against Uber and Lyft that alleged they have violated the Americans With Disabilities Act by failing to provide appropriate service for wheelchair users. Yet, in the name of “doing more with less,” transit agencies around the U.S. are showing interest in exploring potential partnerships with the companies. Dallas Area Rapid Transit recently announced that it’s working with Lyft on first mile/last mile solutions.

Regarding MBTA’s pilot program, an Uber spokesperson said, “Uber stands ready to work with MBTA and The Ride to help increase mobility options across the Commonwealth.”

MBTA notes that other options for costs savings would be higher fares for customers or shrinking The Ride’s service area.