Boston Doubles Down on Providing Financial Empowerment to Residents – Next City

Boston Doubles Down on Providing Financial Empowerment to Residents 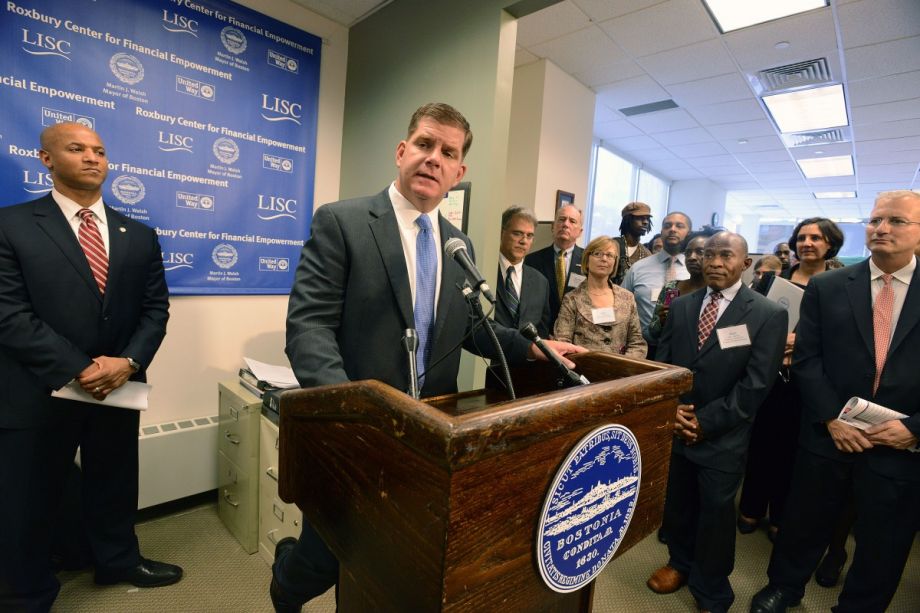 In lower-income neighborhoods, where residents might be more familiar with check-cashing fees than inheritance taxes, a financial empowerment center can serve as an oasis amid businesses that exploit Americans who live paycheck to paycheck.

In Boston, 46 percent of households don’t have the recommended three months’ savings to lean on in case of loss of regular income. That number rises to 69 percent for African-American households and 75 percent for Latino ones.

“We didn’t want to have an office that just answers questions or has information on our website,” says Trinh Nguyen, director of the city’s Office of Jobs and Community Services, which will oversee the effort. “The Federal Reserve and a lot of other agencies do that well here. We wanted to make a dent in the work we do.”

The United Way and LISC will be providing funding for two brick-and-mortar locations for face-to-face communication with residents — one in Roxbury and one in the Financial District (the latter will be operated by the Jewish Vocational Service).

“Having the financial opportunity centers right in the neighborhood and providing direct services is very important to us,” says Nguyen. “The expansion into the financial empowerment center model [as cities like New York and Philadelphia have done] will enhance the current employment services that we are providing with long-term, intensive engagement for 200 families or individuals with bundled career services, income support and financial coaching.”

The Office of Financial Empowerment hopes to increase financial stability of its clients through consistent coaching via a web-based assessment tool aimed at navigating employment opportunities. Nguyen points out that 80 percent of their target constituency use smartphones on a daily basis. Like the Easy Food Stamps app I wrote about last month, this is further acknowledgment that the affluent aren’t the only people who could be taking advantage of “life hacks.”

“The evaluation software will not be used just for job placement and retention, which is what we’ve already been doing,” says Nguyen, “but we also want to track net access, net worth and credit scores over time. We think that that’s a more concrete, substantial way in which we can change people’s lives on top of the policy piece.”

The Roxbury site was chosen because of previous success in the neighborhood during the city’s Earned Income Tax Credit campaign. They believe local residents have proved a willingness to commit to the discipline of the program, which Nguyen compares to sticking with a fitness or dieting app. Clients “might already have a steady job or steady income. They just have the desire and ability to stick with a plan. It’s not for 10,000 people. It has to be targeted, so that we can meet these successful outcomes.”

Mayor Walsh is the vice chair of the Cities of Opportunity Task Force, established by the U.S. Conference of Mayors. Although this initiative fits within the conceptual goal of the task force to reduce inequality, Nguyen stresses that the Office of Financial Empowerment is about taking actionable steps. “Whatever it is that we’ve been doing for the past 10 to 20 years may have helped,” she says, “but it’s not denting inequality and access. I’m not trying to criticize previous practices, but it doesn’t hurt to try something more systematic and evidence-based to help people move out of poverty and into a more stable environment.”