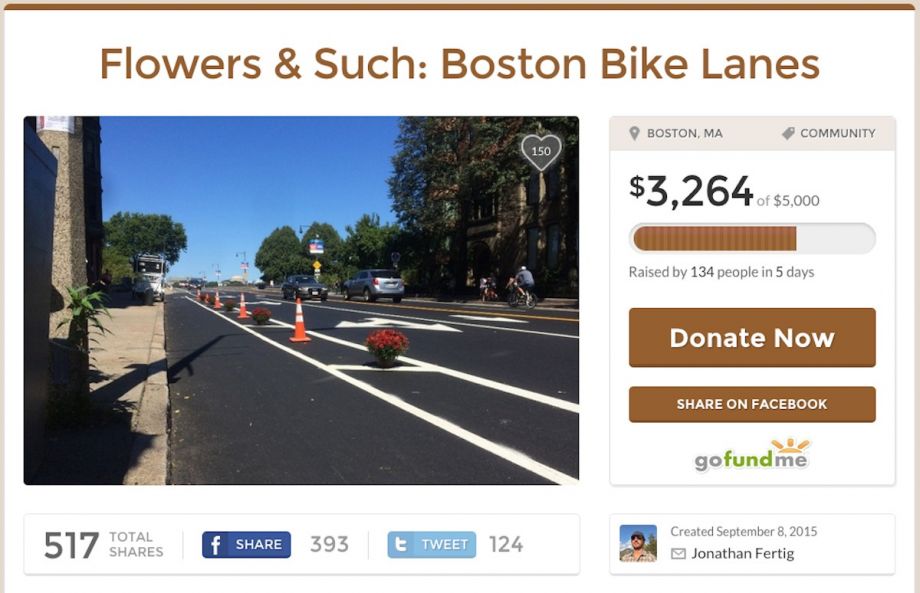 A Boston cyclist decided to take matters into his own hands after seeing a bike lane continually used by drivers as a turning lane.

With orange traffic cones and some house plants, Jonathan Fertig created a “flower lane” one week ago along an area of Massachusetts Avenue where an accident occurred just last month, the Boston Globe reports.

The city has promised to install plastic posts, but a lack of progress prompted Fertig to act.

Have you ever noticed how cars use the bike lane at Mass Ave & Newbury St as a place to cue to get onto the Pike? pic.twitter.com/2xt4pflYbd

“I went to Home Depot, bought the mums that were on sale for $6, and then just put them down and walked away,” Fertig told the Globe. Though the Boston Transportation Department said it does not condone the placement of objects on the roadway that could “impede safety,” the Globe reports that the city won’t remove the flowers until posts are installed.

The paper says Fertig was inspired by a book on tactical urbanism, and he gained many instant fans for the effort.

No trucks on mass ave bike lane this am thnks to plants betwn bike lane & cars! Thanks @bikeboston! @universalhub pic.twitter.com/BtrYqeuGad

The warm response has inspired Fertig to try his hand at crowdfunding to raise money for similar DIY public service endeavors. In the last five days, the campaign has raised more than $3,200 from over 100 people.