Boston Commuters Got Free Rail Rides in May – Next City

Boston Commuters Got Free Rail Rides in May 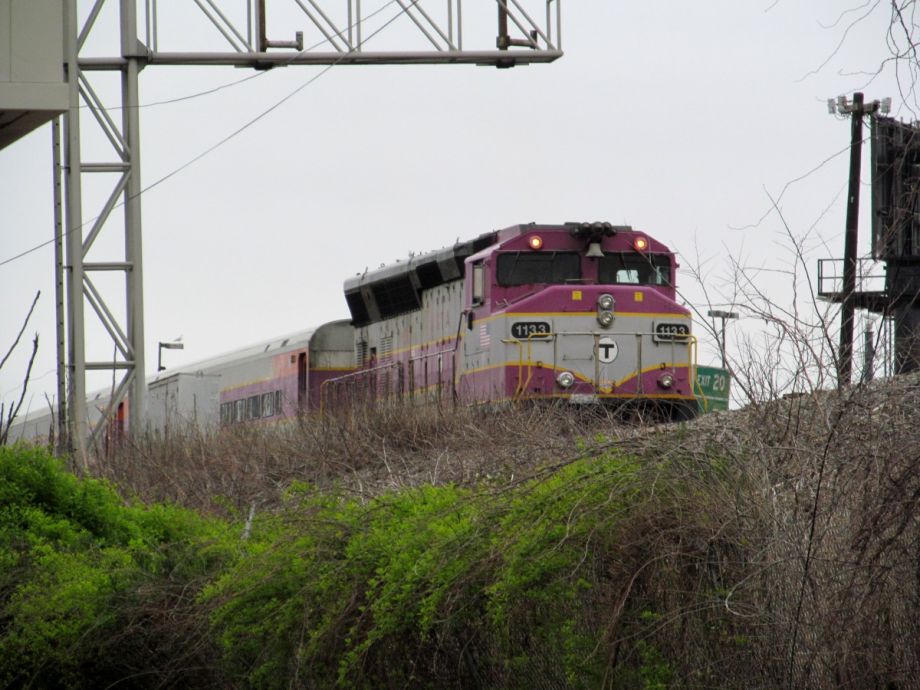 It’s Friday morning, and Nadine Williams is waiting for the Fairmount Line, the only commuter rail line entirely within the city of Boston. To get to her job as a nanny in Cambridge, she’s taking the purple-striped train to Boston’s South Station, where she’ll transfer to the Red Line subway.

“It’s comfortable, not as loud and crazy as the bus,” she says of the Fairmount Line. “It’s a cozier ride to be on. It’s so much faster to get to South Station.”

Williams is riding the commuter rail for free this day, avoiding the double charge of $2.25 each for the Fairmount ride and the subway. That’s thanks to a free ride program, sponsored by U.S. Rep. Michael Capuano, that ran from May 8 to 21. It was part of a larger effort to attract more riders to the underused line and achieve greater transit equity in Boston.

A new report by the Boston Foundation, released in April, proposes building the Fairmount Line into a transit artery by including it in the same fare system as Boston’s subways and buses, improving stations, and eventually expanding the line to connect to more jobs. It’s the latest step in decades of advocacy for building up the line, especially in the low-income, minority neighborhoods of Dorchester and Mattapan.

The Fairmount Line “might be the single best opportunity in central or metro Boston to really improve service for relatively low dollars,” says Chris Dempsey, director of Transportation for Massachusetts, a coalition of activist groups. “The ultimate goal here is really frequent, reliable service to serve this community. It’s a question of continuing to build more momentum.”

Massachusetts has spent more than $200 million on improving the Fairmount Line in the last 10 years, adding three new stations in Dorchester and upgrading older stations.

But frequent cancellations on Fairmount Line have undermined its reliability. The Boston Globe revealed in October that Keolis, the contractor that operates commuter rail for the Massachusetts Bay Transportation Authority, often pulled trains off the Fairmount Line during shortages and put them on busier lines. Capuano asked for a civil rights investigation.

This month, the Federal Transit Administration said it was “concerned” about the cancellations, but ruled that they weren’t a civil rights violation because they affected several of the MBTA’s 12 commuter rail lines. Cancellations have dropped on the Fairmount Line since the Globe report, and the MBTA has established a new policy of distributing cancellations across the system. The Boston Foundation report says the MBTA should prohibit Fairmount Line cancellations to benefit other lines.

That proposal fits the goals of community advocates, who’ve argued since the 1990s that the MBTA should run the Fairmount Line with rapid-transit frequency. Today, its trains run every 40 to 60 minutes, less often than the MBTA’s subways but more often than many other commuter lines. “If this is a service we want to function more like transit, we should allow people to pay for it in the same way,” says Dempsey.

The report suggests several improvements to Fairmount Line stations, including better signage and more digital readouts that show when the next train will arrive. More station entrances could better connect the line to neighborhoods. “It’ll take some resources, but it’ll last decades,” says Dempsey. Spending on rail improvements on the Fairmount Line’s congested approach to South Station could snip five minutes off each ride, the report’s authors found. It also suggests targeted marketing to students, who often use the Fairmount Line to get to schools such as Boston’s International High School.

In the longer term, the report also contemplates extending the Fairmount Line to malls in suburban Dedham and Boston’s fast-growing Seaport District, to connect Dorchester, Mattapan and Hyde Park with major employers. That proposal is likely to run up against the MBTA’s cautious approach to expansion under Massachusetts Gov. Charlie Baker. After the MBTA’s breakdown during several blizzards in winter 2015, the Baker administration refocused its capital spending on modernizing the MBTA’s neglected core system. It canceled the $240 million Indigo Line project, which would’ve expanded the Fairmount Line and replaced its current locomotives with diesel multiple unit (DMU) trains.

The Boston Foundation report also confronts limitations to Fairmount Line expansion. Though plenty of people live along the Fairmount corridor, there aren’t a lot of jobs there, and the stations are typically a quarter-mile or more from dense neighborhood centers such as Dorchester’s Codman Square. The report recommends that Boston and community groups become more open to transit-oriented development near Fairmount Line stations. “Existing neighborhood plans and studies have traditionally worked to restrict potential growth, and thus limit Fairmount Line ridership,” it says.

Follow Erick .(JavaScript must be enabled to view this email address)