Her Pathway to College Wasn’t Just Academic – Next City 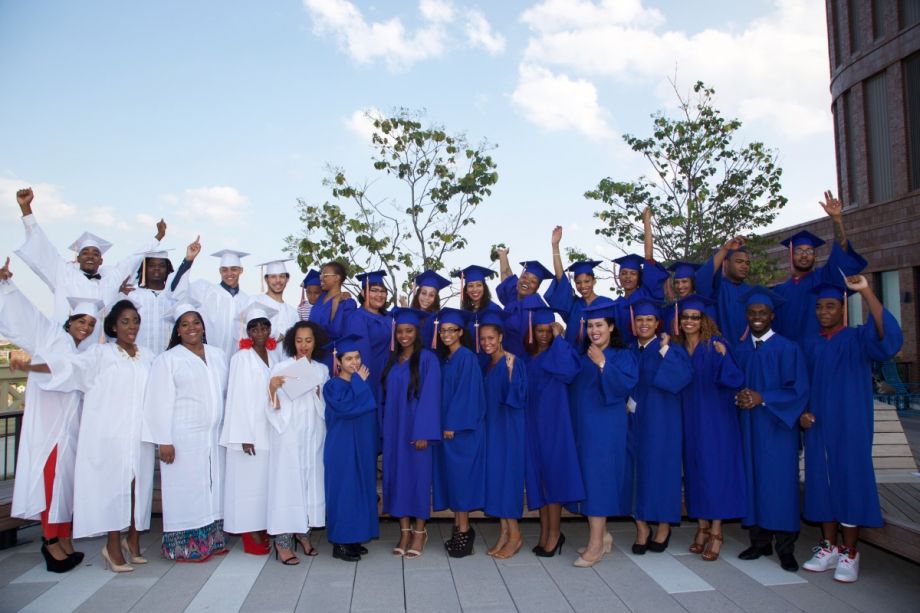 Shaquana Small doesn’t remember having very many friends or hobbies when she was in her early teens. By eighth grade she had taken on the responsibility of caregiver, tending to her often sick mother who battled with lupus. Managing the household bills and chores also left little time for schoolwork.

Trapped in unrequested adulthood, Small’s moderately addressed learning disability relegated her to special education classes in Boston’s public school system, which further ostracized her and left her self-confidence in shambles. She never considered herself smart “like the other students” she grew up with in the city’s Dorchester neighborhood, thus, she never considered college as an option.

She needed an escape. Over time, that escape came in the form of a relationship that quickly soured. Small dropped out of high school during her junior year, pregnant, with few options and a vague plan to keep herself and her future daughter safe from the ongoing abuse.

Bouncing among family members while concealing the turmoil of her relationship, Small knew she wanted more. One day, when her daughter was 1, she said to her, “You deserve more than a high-school dropout for a mom.”

Rejecting the idea of being a teen mom at a high school, Small enrolled in a GED program at age 19 with College Bound Dorchester.

“I found College Bound and loved the atmosphere,” Small says. “I knew that regardless what I wanted to do in life, I needed to have my diploma. I went [to College Bound] with the mindset of being a student.”

Attending classes seven days a week while nursing her daughter in the downstairs daycare during breaks, Small began to build confidence in her academic abilities. Her instructor was patient with her, adapted to her learning style and convinced her that she had the talent and drive to go on to community college. Four months later, she passed the GED test.

While juggling a job, raising her child and prioritizing her education, Small got the support she needed from the program to continue her studies. She eventually went on to earn her associate’s degree in early childhood education at Roxbury Community College and continued on, taking a few short breaks to work and parent, before earning a bachelor’s degree. More recently she earned a master’s in mental health and counseling. She credits the College Bound program for helping her to recognize that she was indeed capable, which led to these achievements.

The program helps nearly 500 students each year re-engage with their education and build a pathway to college. College Bound seeks out at-risk youth with challenged academic histories, or those who have dealt with personal challenges that have significantly prevented them from succeeding in a traditional academic environment.

In the 2014-2015 school year, 4.4 percent of Boston’s 17,000-plus public high school students called it quits — exacerbating their risk for cyclical poverty and run-ins with the criminal justice system. Hispanic and black students in the district are almost three times more likely to drop out of high school following ninth grade compared to their white and Asian peers.

“I think what it comes down to is support, something most of our students have never had,” says Mark Culliton, CEO of College Bound Dorchester. “We provide a combination of academic and social-emotional support to strip away years of trauma and neglect and help students see their potential.”

Like many of the preventative intervention programs that have sprung up within the city to combat dropout statistics and re-engage challenged students, College Bound’s College Connections program has focused its efforts on providing a holistic and supportive environment that address the unique needs of its students.

In addition to attending GED prep classes, each student is matched with a college readiness adviser who often hails from similar communities or share similar life experiences. Advisers work one-on-one with students to help them through the program. Important services like childcare, housing and transportation, in addition to academic and professional support, are available.

According to College Bound Dorchester figures, last year, 52 clients went on to a college program.

Small, now 33, is a mother of three and a homeowner. She has spent the last seven years as a guidance adviser at a local middle school where she works with emotionally and socially impaired students. During the evening, she serves as mental health counselor for a mobile crisis team.

It is important for her as a parent and community leader to use her story as a catalyst for others, no matter what choices got them off course.

“I strive to work as hard as I do for my three children,” she says. “I made my choices in life, and I sacrifice so that they can make better choices.”