Inspiring Lessons From Block Captains: How to Build Community – Next City

Inspiring Lessons From Block Captains: How to Build Community 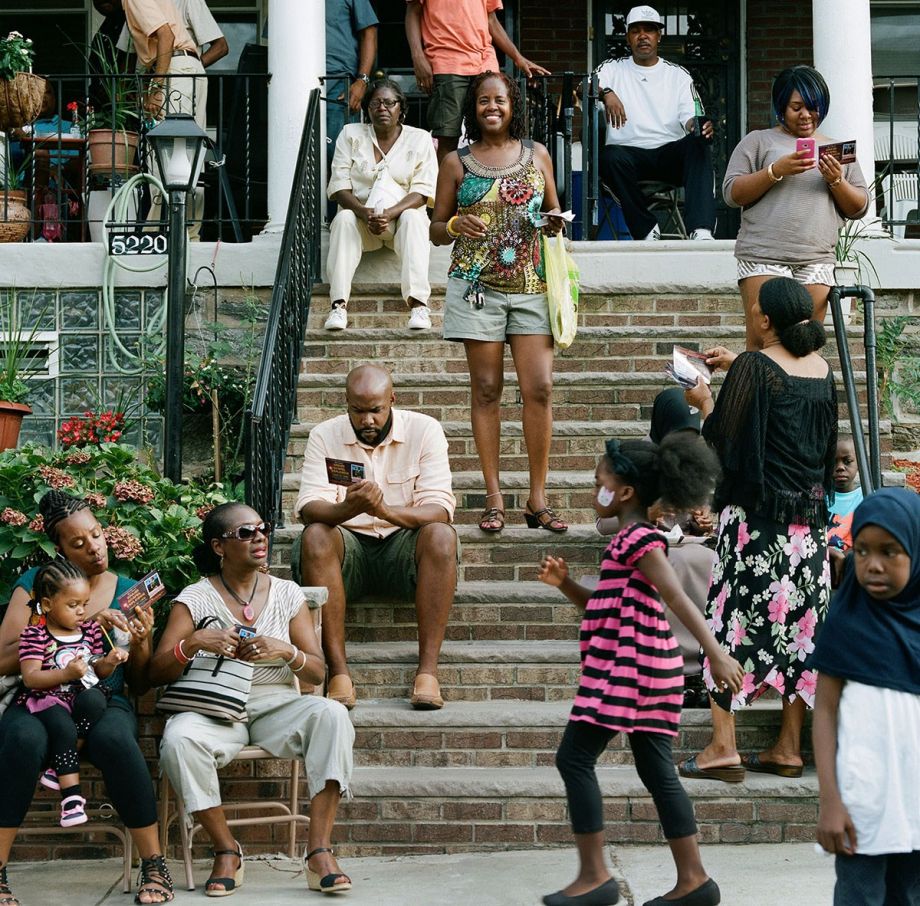 Philadelphia block captain JoAnn Manuel got the city to correct a misspelling on her block’s street sign.

“Them That Do” is an ongoing portrait and multimedia project about Philadelphia’s 6,600 block captains. I never stop being impressed by the work of Philadelphia block captains, who volunteer to improve the quality of life in one of America’s poorest cities, one block at a time. West Philly Captain Juanita Hatton describes the three kinds of people she meets in the world, “There are them that do, them that don’t and them that don’t give a darn.” Among that first group of people are the ones who remind us of the importance of community leadership and that social change begins at home, and that’s why Juanita’s world view inspired my project’s name. Through that work, I strive to recognize the importance of that local wisdom and share the examples of building better communities.

Here are the stories of three block captains who inspire my work. You can find their complete profiles and more stories on ThemThatDo.org.

Leonia Johnson
Block captains have been a steady influence on the 200 block of S. Millick Street in West Philadelphia’s Cobbs Creek section. “We’ve never not had one,” says current leader Leonia Johnson.

“When I was young, my mother was block captain. I watched the respect my mother got.” Johnson was a junior block captain, too. “I thought it was the coolest thing in the world to have a title,” she recalled.

After she graduated from college, Johnson got a job as a youth counselor at the Philadelphia Anti-Drug/Anti-Violence Network, then moved into her mother’s home. Johnson, who now is 34, became the block captain eight years ago, after the previous captain moved away.

Being a young block captain has its advantages and disadvantages. One advantage is Johnson’s ability to relate to youth. She once interrupted a dice game on a porch, and a boy came up to her afterward to complain that he lost money because of her. “I told him ‘Well, you owe me $30,000!’ and when he said,‘What?’ I said, ‘When I see ya’ll gambling, all I think about is how my property value is dropping thirty thousand!’”

Johnson understands why there are so few young block captains. “Very few 30-40 year-olds do community service,” she says. “They are trying to establish themselves, and they don’t think about the next generation.”

Johnson is concerned that the block captains with whom she works are getting old and there are no volunteers to take over. If the older block captains simply fade away, “we won’t benefit from their knowledge,” she worries.

Johnson has built friendships with the elder block captains and feels responsibility to assist them when she can. It’s a lot to take on. “Somebody needs to help me bridge the gap!”

Anita Harris
Anita Harris’ inspiration to become block captain didn’t seem particularly ambitious when she started. “I needed something to do,” she explained.

Anita was already working full-time as a secretary and raising her two daughters. She simply wanted to make her block of 5300 Wyalusing in West Philadelphia safe and clean.

Early in Anita’s term as block captain, she met Skip Wiener of Urban Tree Connection. Skip’s organization was working with residents in the Haddington neighborhood to plant flower gardens and trees to rehabilitate crime-ridden vacant lots. Anita joined their efforts and was able to help build several gardens on and around her block.

Five years ago, Skip told Anita that he wanted to start growing food. It was then that Anita devised a monumental plan for the three-quarter-acre abandoned lot behind her house. “Why don’t we build a farm?” Anita asked.

Skip remembers seeing the lot for the first time. “It was a nightmare. You couldn’t see a foot into the property because the weeds were so high. The space was being used as a chop shop, there were fires, nighttime prostitution, and drugs. It was a very dangerous place.”

For five years, they have worked with residents, the city, volunteers, universities and other organizations to clear the lot, remove the waste, replace the soil and build an urban farm. It has been slow and intense work, but The Farm at North 53rd and Wyalusing is fully functional with three greenhouses, a packing shed, cold storage and compost stations.

The Farm produces and supplies fresh vegetables and herbs to farm stands throughout Philadelphia, and Anita spends Saturdays picking, packing and selling the produce at their neighborhood vegetable stand on the 600 block of North 53rd Street.

JoAnn Manuel
Stoop culture is big on the 5200 block of Pennsgrove in West Philadelphia. “We gather!” says JoAnn Manuel, who has been the block captain since 2001. “It happens in the evenings, especially on Saturdays. It’s a good way to share with your neighbor the things going on.”

Manuel’s first act as block captain generated lots of stoop talk. She petitioned the city to correct the misspelling of “Pennsgrove” on their street sign. Manuel remembers, “My neighbors were surprised. They told me, ‘We called our street Penngrove!’”

Through her block’s association, Manuel applied for a grant to fix the pole lights next to each stoop. “Eighty percent of the pole lights were out.” After two unsuccessful applications, she finally received $1,500. She hired an electrician to fix the lights. With the rest of the money, she and some neighbors spruced up the green spaces and vacant lots on the block with plantings.

Manuel applies for money each year and receives around $500, which they use to buy paint for houses and flower boxes for sidewalks, as well as maintain the exteriors of the five vacant houses on the street.

Manuel works hard to keep up vacant properties to prevent squatters from moving in. She even used the porch of one vacant house to host a weekly after-school reading and gardening program for fourth and fifth graders. Sue Witte, a children’s librarian, would meet with kids to work in the community garden at the corner of Pennsgrove and 53rd Street, and then they’d all retreat to the stoop to read books.

Witte remembers how important that porch became to her and the children. “We would begin and end on that front porch. It was our space, and everybody knew it.”

This week, “Them That Do” videos will be part of the outdoor screenings series, “Street Movies!” ere are the details: