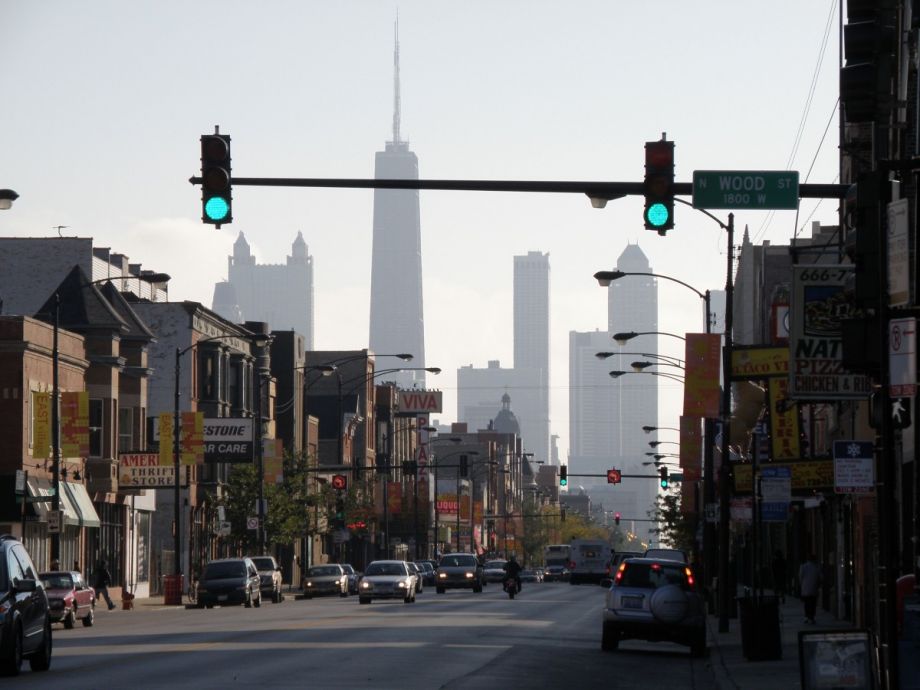 It’s one of those neighborhoods that would be described as having “good bones”: hundred-year-old graystone homes, close to transit, with broad, tree-lined boulevards and a new elevated park. Yet like many urban neighborhoods, Chicago’s West Humboldt Park has been suffering.

By the 1980s, the neighborhood was a hotspot for drug dealing and gangs. By the 1990s, it was among the largest open-air drug markets in the country. In the early years of this decade, there were an average of six drug-related arrests a day; one in six heroin arrests citywide took place in the neighborhood.

Five years later, vacancies have been reduced by almost half. How?

It certainly wasn’t easy. The city and partner organizations like Neighborhood Housing Services of Chicago (NHS) have worked hard to fill each vacancy.

“The innovative thing was it was the city saying we’re going to concentrate in this area,” says John Groene, director of the West Humboldt Park office of NHS. Over the past five years, NHS has pivoted its resources in West Humboldt Park from foreclosure prevention to helping first-time homebuyers rehab and purchase vacant buildings.

Through a series of block-by-block targeted interventions, NHS takes over abandoned properties, spruces them up, helps buyers secure financing to renovate them, and eventually turns them over to owner occupants.

The key is a concept NHS calls “superblocks,” a block with problems but with “huge potential.” Groene says that people won’t buy a house on the worst block in the neighborhood, even if it’s the nicest house on the block, so NHS chooses blocks “somewhere in the middle.” For their first superblock intervention, NHS chose the 500 block of Central Park Avenue. Located just north of the Garfield Conservatory, a major Chicago tourist attraction, lined with once-beautiful rowhomes, the single block had seven vacant properties (each two units apiece) and two vacant apartment buildings on the corner.

One by one, NHS acquired the rowhouses, mostly through receiverships: A judge designated NHS the temporary receiver of the buildings. Then NHS is allowed to clean up the building and board it up, then put a lien on the building for the cost of the basic repairs. “Then, if the lender doesn’t show up, doesn’t want to foreclose — and if the owner has abandoned the property, we can foreclose on the liens and acquire the property.” Others were bought outright or purchased by investors, and nonprofit Community Investment Corporation, which specializes in multifamily buildings, purchased the apartments on the corner.

NHS then helps owner occupants purchase the buildings: Through a tax increment financing program, qualified buyers can get a grant for 25 percent of the total cost of buying and rehabbing the home, if they agree to live there for the next 15 years. Since then, NHS has intervened on two more so-called superblocks in the micro-market area.

“We can’t change all of West Humboldt Park in five years, but we can really make a difference that can start creating that positive momentum in a very small area,” Groene says.

Another focus is retail, especially Chicago Avenue, the neighborhood’s commercial strip. NHS and the West Humboldt Park Development Council have been working to attract new businesses, especially sit-down restaurants. Tom Otto, economic development planner for the council, describes how the group went so far as to purchase a mixed-use building and do the buildout for a new restaurant. That restaurant, called Turkey Chop, is “one of the real successes we’ve been involved in,” Otto says. The owner offers cooking classes and gives out hundreds of free meals on Mondays.

Like NHS, the development council is going micro. “You need a model block, a focal point block,” Otto says, “because the whole corridor is about a mile long and you really need a concentration for people to see the change.”

Williams, the barber, sits on the board of the development council. “They’re doing a lot of good things,” he says. He’d personally like to see a credit union that would help more black-owned businesses get off the ground, but acknowledges that positive change is coming to his neighborhood. “I’m so happy my friends I went to school with, they’re coming back to the community now.”