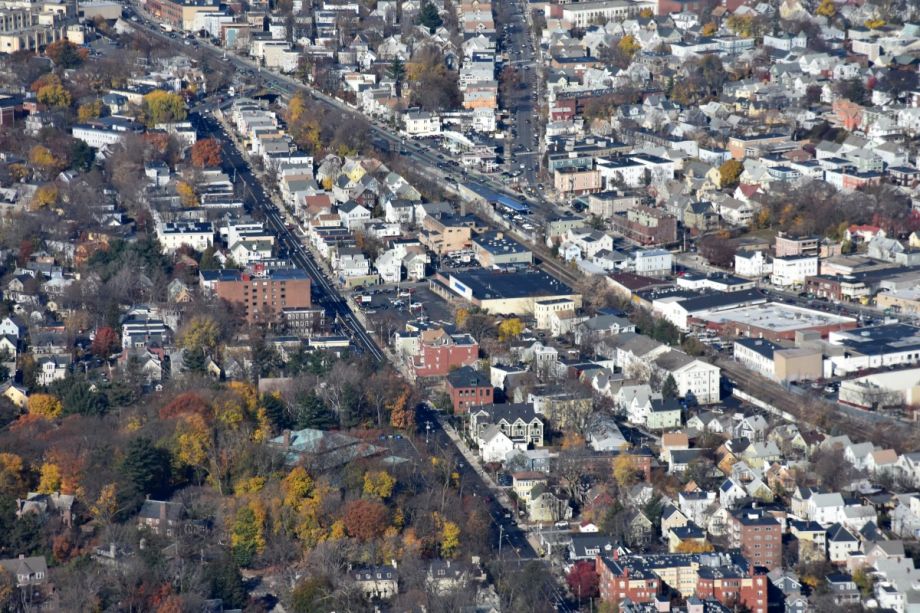 Cities large and small grapple with neglected properties that can give rise to public safety and health risks, push property values down and drain city tax coffers. Whether stemming from Rust Belt deindustrialization or the more recent foreclosure crisis, the problem is entrenched and widespread enough to spur advice from HUD and even creative responses like vacant home tours and art installations that highlight the human stories behind deteriorated facades. The annual Reclaiming Vacant Properties conference, held last month in Baltimore, drew some 1,100 attendees from diverse disciplines and communities to seek and share solutions.

No city wants blight to proliferate, yet municipal governments struggle to identify and resolve vacant properties, much less prevent them. Even when a city does have a problem property list, there may be no easy way to prioritize the most urgent cases. And when separate city departments operate in silos, holding data in unshared spreadsheets (or paper records!), the early indicators that portend vacancy and blight can remain under the radar.

The Innovation Field Lab at Harvard Kennedy School’s Ash Center for Democratic Governance and Innovation wants to fix this.

“We’re helping the left hand understand what the right is doing,” says de Jong. His team’s data analytics tool, dubbed CityNexus, creates a shared platform by which department data sets can be cross-referenced and visualized to score and map problem properties.

Curtatone, who is also an Innovations in American Government Fellow at the Ash Center, is no stranger to using data analytics to improve services and collaboration in his own city. With the Field Lab, he relishes the chance to introduce technology solutions to other municipalities.

“Enabling collaboration and creativity forges a team approach,” he says. “We put data and analytics in everyone’s hands and that empowers everyone to ask why, and to question assumptions.”

Liz Murphy, director of housing and development for the city of Fitchburg, says her city of 40,000 residents has been struggling with problem properties for many years, particularly since the recession and foreclosure crisis.

Before partnering with Field Lab in 2015, Fitchburg department heads had formed a problem property task force. A city ordinance defined problem properties as those experiencing in a single year four or more instances of certain types of code violations and police or fire calls.

But even with these efforts, data remained decentralized.

“We were not very well organized,” Murphy says. “Our information was not aggregated. Police data was with the police department, fire calls with the fire department, code information in the health and building departments.” When data was shared, it was in “manual ways” such as emails.

“When the task force met,” she adds, “we would go through a list, but there was no prioritizing. It was complaint-driven. We reviewed them all. There was no systematization.”

Field Lab graduate students worked with Murphy to create a shared Google Docs system first, which then evolved into the more sophisticated CityNexus, introduced by a second cohort of students in summer 2016.

While the CityNexus concept was developed by de Jong and his students, the software tool was built by Sean Alaback, an Ash Center Summer Fellow and course coach. He says part of the tool’s strength is that it can clean up data set variations so they can be merged across departments. Properties can be tagged with keywords, and users can specify priorities such as sanitary violation tickets, 911 calls, tax assessment data, or unusually low or high water bills that may flag an unoccupied or overcrowded property. While not as robust as the ArcGIS mapping platform some city planners may use, CityNexus is easier for non-techies to adopt quickly.

“The long-term thinking is CityNexus collects this data, and you could export it to GIS if you wanted to analyze it more deeply,” Alaback says.

Alaback also says that while the pilot cities haven’t added others layers of data such as health and social services yet, the tool is built to be adaptable, so those options are possible.

De Jong envisions the tool helping not only to deal with visible blight, but to prevent buildings — and the households occupying them — from falling off the radar and through the system’s cracks.

“We’re not determining how a city should respond,” de Jong says. “It’s up to the city to say what they care about most.” For example, cities with a lot of families living in poverty might start tracking frequent moves, homelessness and unsafe or unhealthy living conditions, all of which could help schools and social service systems intervene earlier.

“[A property] is not just the bricks and mortar. People live there, or used to live there,” says de Jong. “Abandonment is a result of a process. Someone was laid off, couldn’t pay the mortgage anymore, or a bad landlord used the property for less than good purposes. It’s not just a physical risk — it’s a social risk to not intervene. Rather than reacting to a problem property, we think it’s more helpful to intervene early, to act before it becomes a problem.”