Bixi’s Bankruptcy Is Not the End of Bike-Share 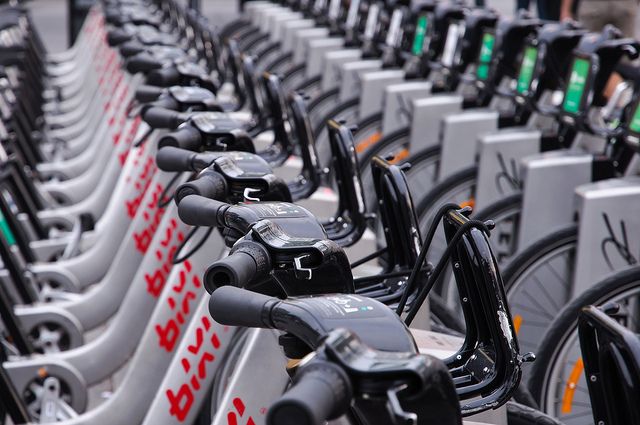 Bixi, the Montreal-grown bike share program, filed for bankruptcy protection on Monday. It wasn’t much of a surprise. The financial outlook for Bixi, which launched in 2008, has been a source of dismay for some time. In September, Montreal’s auditor general wrote in a letter to the organization that what he’d learned while studying its records “cast serious doubts” on its ability to continue operations.

Bixi — its name blends bicycle and taxi — is something of a curious creature. It began as a city-run non-profit, though parts of the organization have been spun off, and it has expanded across the globe at a rapid clip. Bixi is the basis for bike share systems in a wide swath of cities, including New York’s Citi Bikes, Chicago’s Divvy, Boston’s Hubway and Melbourne’s Bike Share. This international growth was meant to keep the company afloat, but it wasn’t working. Glitchy software didn’t help, like that which hampered bike share’s rollout in New York. And according to the New York Times, the company has been slow in getting payments from participating cities.

Along the way, Montreal lost patience with the model of a public-private bike share supplier. Mayor Denis Coderre said this week in a press conference, “It’s not the role of the city to replace private enterprise.” (Bixi began during the tenure of previous mayor Gérald Tremblay.) In 2011, the city floated a loan worth more than C$100 million to Bixi, including some $70 million to fund international expansion. The organization has reportedly failed to make payments on the loan.

Do Bixi’s woes call into question the financial viability of bike share as a concept? One thing to keep in mind is that while Bixi has served as the supplier of bike share programs in scores of cities, the actual operation of many systems fell to Portland-based Alta Bike Share. Alta said in a statement on Monday that its systems “are up and running” and that the company “will ensure that they continue to operate without interruption.” It added, “Given our plans to expand current systems and launch new systems this year, we’re in constant communication with both PBSC [Public Bike System Company, the operational name of Bixi] as well as its suppliers to ensure we can do so successfully.”

There’s no hint that Bixi-based bike share systems in Alta-run cities will suddenly stop working, though it does seem entirely possible that getting parts and providing upgrades will prove newly challenging.

But at least one expert thinks that this is all just Bixi being Bixi, and if anything is called into question, it’s the wisdom of Montreal’s deep role in the organization rather than the future of bike share. Colin Hughes is director of national policy and project evaluation for the Institute for Transportation & Development Policy, which recently published a robust and detailed Bike-Share Planning Guide.

“It seems like a more one-off problem” than an indictment of the economics of bike share, Hughes says. “I don’t think it has much to use with the viability of bike share as a concept. I think it has to do with a whole bunch of tangled legal issues of a city-owned company running an international business.” Attempts to sell the global wing of the organization reportedly fell through. Hughes calls Bixi’s ownership and operational structure “just a bizarre situation.”

Bixi indeed has its selling points. Its stations are solar-powered, which means they’re easier to relocate, arguably making systems more adaptable than hard-wired programs. Its bikes are hearty and can stand up to a good deal of abuse, though that makes them a bit heavy. But there are alternatives. The media giant Clear Channel’s SmartBike operates in Mexico City, Barcelona, Stockholm and beyond. JCDecaux runs Paris’ system. Copenhagen is rolling out an Android tablet-equipped system operated by two Danish cities and the national railroad system, using equipment from the Danish and Dutch company gobike. There are a number of inexpensive Chinese systems.

For his part, Hughes sees a silver lining in all this. One thing he and ITDP have found while studying the economics of bike share is that redistribution — that is, making sure bikes are where they need to be — can be a serious cost suck. That has him intrigued by approaches like those of the stationless Social Bicycles. (Bikes can be “returned” to any bike rack in the service area.) These kinds of models are worthy of more attention, he says, which they could get as ‘traditional’ bike share programs develop hiccups. He says they “offer some really interesting potential that might solve a lot of the operational challenges some of these systems have.”