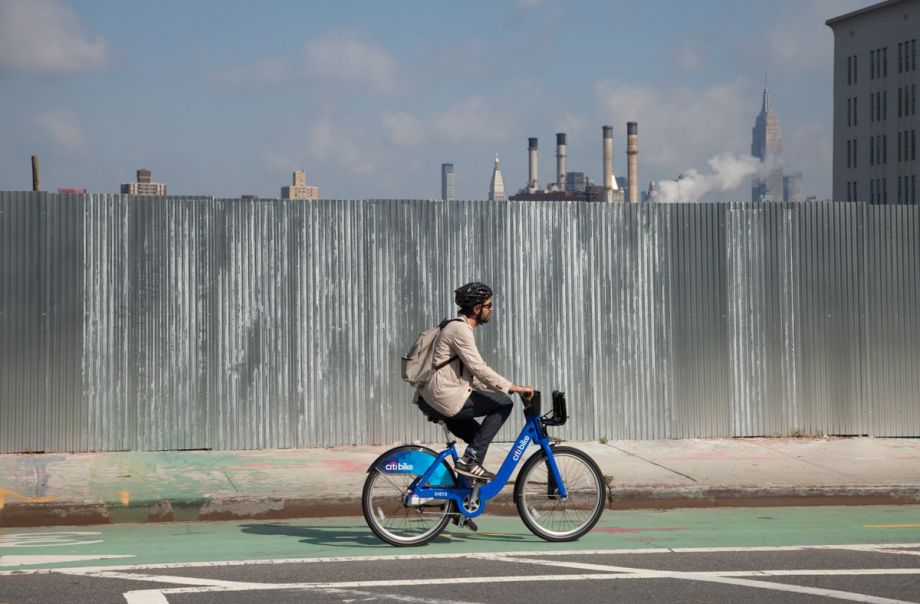 Bike sharing companies around the country are joining with the nonprofit North American Bikeshare Association in “Roll to the Polls,” a nationwide initiative to get voters to their polling place on Election Day.

Three percent of Americans cited “transportation problems” as a barrier to voting in the 2016 election, according to the Pew Research Center. That 3 percent equates roughly to 4.6 million registered voters in 2020, which is projected to have the largest voter turnout in history.

Data has shown bike share systems to have a number of barriers to adoption for low-income people and people of color, from the location of stations to a lack of safe cycling infrastructure. In recent years, there’s been an effort to make bike sharing more equitable and accessible, such as the Better Bike Share Partnership in Philadelphia. Lyft-owned Citibike, the nation’s largest bikeshare system — which is also offering promo codes for free bike share rides to and from the polls — has reported a promising increase in ridership in low-income neighborhoods since 2014. In Brooklyn’s Bedford-Stuyvesant neighborhood for example, a community development organization called Restoration committed to a three-year challenge of changing the culture around bike-share programs, which were previously viewed as an indicator of gentrification.

“We knew that [Citi Bike] was pretty misunderstood,” Tracey Capers, Restoration’s executive vice president, told Next City, “but what we thought was, wouldn’t it be powerful if we could use bike-share to change the neighborhood conversation and show how it could be a useful tool in supporting residents in achieving their goals.”

Efforts to promote transportation equity are key to creating more resilient cities. In the wake of the COVID-19 pandemic, many voters have explored alternative methods of voting from afar. However, many states do not accept the pandemic as a valid excuse for mail-in ballots, and in some areas, the deadline for requesting an absentee ballot has passed.The COVID pandemic has also highlighted the need for micromobility options in cities.

Gotcha, a bike, electric bike and scooter ride share company based in Charleston, will participate in the Roll to the Polls program in over 25 of its locations, both in cities and universities throughout the country, according to their website.

“We are excited to join NABSA, a leader in connecting shared micro-mobility providers, to help overcome transportation barriers on election day through Roll to the Polls,” Max Smith, CEO of Gotcha, told ABC News. “We look forward to helping make every vote count by providing accessible transportation to all.”

Other bike-sharing companies are offering similar free or low cost rides, such as Tucson’s Tugo bike share and Detroit’s MoGo.

“Transportation should never be a barrier to voting, and MoGo is proud to join with others in the shared mobility industry to offer free rides on Election Day,” MoGo founder-director Lisa Nuszkowski told ABC Detroit.