Should a Bike-Share Ride Cost the Same as the Bus? – Next City

Should a Bike-Share Ride Cost the Same as the Bus? 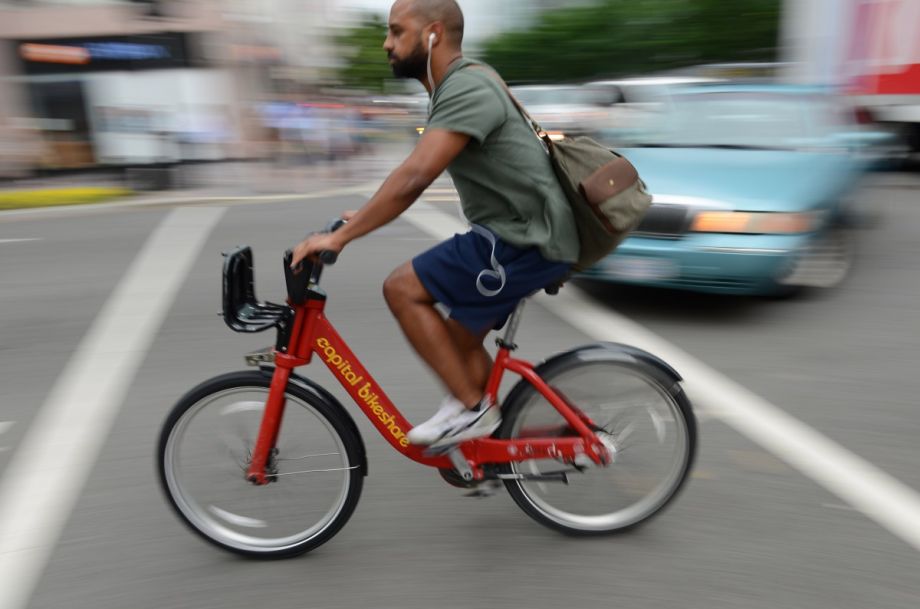 The last time I thought about riding bike-share, I was on my way to a press conference in downtown Seattle and missed the bus. I happened to be a few blocks away from a Pronto station and considered just hopping on a bike rather than waiting 10 minutes for the next bus. But the idea of paying $8 for a 24-hour pass (the least expensive option for riding Pronto) kept me waiting. It just didn’t seem worth paying more than triple the price of a bus ride for the 20 minutes of pedaling I needed.

I am an infrequent bike-share user. For one, there are no Pronto stations in my neighborhood in Seattle. But even when I lived in the system’s service area, I rarely chose bike-share over riding my personal bicycle. As such, I have no need to purchase an annual membership. But if there were an option to use bike-share the way I use transit — paying $2.50 to $3 for a single ride from point A to B — I would use it far more often.

For all the talk of bike-share being another form of public transit, the pricing structure of most major systems is nothing like bus or rail. In Seattle there’s the 24-hour option, which grants the rider as many zero to 30 minute-rides for free for a whole day. There’s a similar $16 three-day pass. Then there’s an $85 annual pass for frequent users. Boston, New York, Chicago and many others offer similar options.

But, there’s a shift happening in the bike-share industry as it realizes there’s a whole host of causal and infrequent bike-share users who don’t need 24 hours of unlimited 30-minute rides and don’t want to pay for it.

Launched in mid-July, Portland’s Biketown system is the latest to offer a single, 30-minute ride option for $2.50. Los Angeles’s Metro Bike opened a few weeks before Biketown and has a $3.50 single ride option. (Equally important: Users can pay for bike-share with the same smart card they use for the bus and subway if they have it linked to a credit card for payments.) Philadelphia’s Indego bike-share was one of the first major systems to offer the single-ride option ($4 for 30 minutes in that case) when it started in 2015.

Two of the oldest systems in the country have adjusted their pricing scheme to offer single rides as well. Washington D.C.’s Capital Bikeshare has $2 single rides available during their extended Metro rail maintenance plan. Taking a cue from Philly, Nice Ride Minnesota began offering a $4 single ride in April. You can also get a $2.50 single ride if you use their new phone app.

“If you’re a person who just missed their bus and needs to get across town or realized the walk to their next meeting is a little farther, a $7 pass is not a compelling use case,” he explains. “Our whole goal with bike-share was to bring new people to bicycling and meet our policy goals around reducing the percentage of people driving.”

A week’s worth of data isn’t enough to draw any real conclusions, but Hoyt-McBeth says the single-ride option appears to be popular with over 4,100 sold in the first week compared to 1,640 annual memberships and 1,305 day passes.

Hoyt-McBeth is on the board of the North American Bike Share Association, a bike-share industry trade group with members from city governments, equipment providers and system operators. He says pricing was a major topic at their last annual conference, perhaps a sign that the industry recognizes a need to match pricing with their “public transit” aspirations.

Beyond being ideal for spontaneous bike-share riders, Hoyt-McBeth sees the low-cost option as an entry point for “interested, but concerned” bicyclists — a major segment of the population that likes the idea of biking, but worries about the safety of doing so.

“One goal was to attract the interested but concerned group,” he says. “Getting people to change behavior is really tough. Even when they want to change they need almost twice as many good reasons to change behavior as bad reasons. One of the things that’s great about bike-share is just the spontaneous nature of being able to bike.”

Single-ride pricing is still relatively new and rare in American bike-sharing, so it’s hard to say if it’s been a success. But if it does prove successful in the cities offering it, its wide-spread adoption would mark an important step toward making bike-share the viable public-transportation option it has long been marketed as.