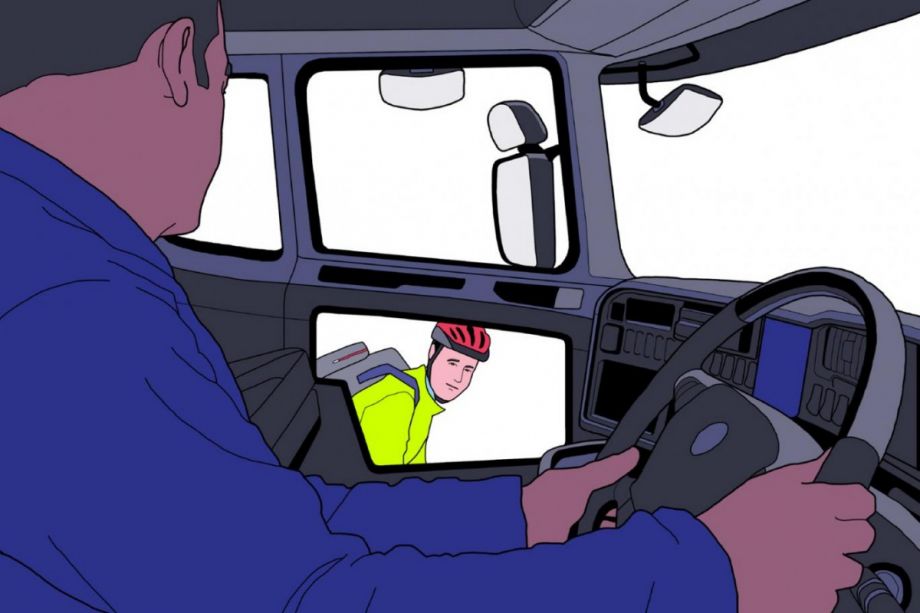 Trucks can be death traps for cyclists. Out of eight bikers killed in collisions with vehicles in London last year, all but one collided with a truck. But London’s transportation agency says a relatively simple design addition to trucks could help reduce the number of cyclists hit by truck drivers.

Transport for London is considering proposals that would require trucks to have large, glass panels along their side doors, the Evening Standard reported. The design gives truck drivers a “panoramic” view of the road, and also gives drivers greater responsibility in avoiding collisions with bikers and pedestrians.

The move comes after recent reports that cyclists may soon outnumber cars during peak commuting times in Central London. While London is making strides with building protected bike infrastructure, including plans for three more cycle superhighways, bikes and cars still share the road the majority of the time.

London’s bike-obsessed mayor, Boris Johnson, supports the requirement, according to the Standard. Last year, Johnson passed a sweeping, citywide ban on all trucks not outfitted with certain safety equipment, including side guards to protect bikers from being dragged under the truck’s wheels in a collision.

“The lives of thousands of cyclists and pedestrians will be much safer as a result, and I urge all operators of HGVs to get on board,” Johnson said in a statement.

Not surprisingly, the Freight Transport Association isn’t a fan of TfL’s new plan, saying it could cost an estimated £280 million (about $407 million U.S.) to outfit trucks with the panels, and that there could be cheaper ways to improve truck drivers’ visibility.