Prosecutions Remain Rare in Cases of Bicyclist Death – Next City 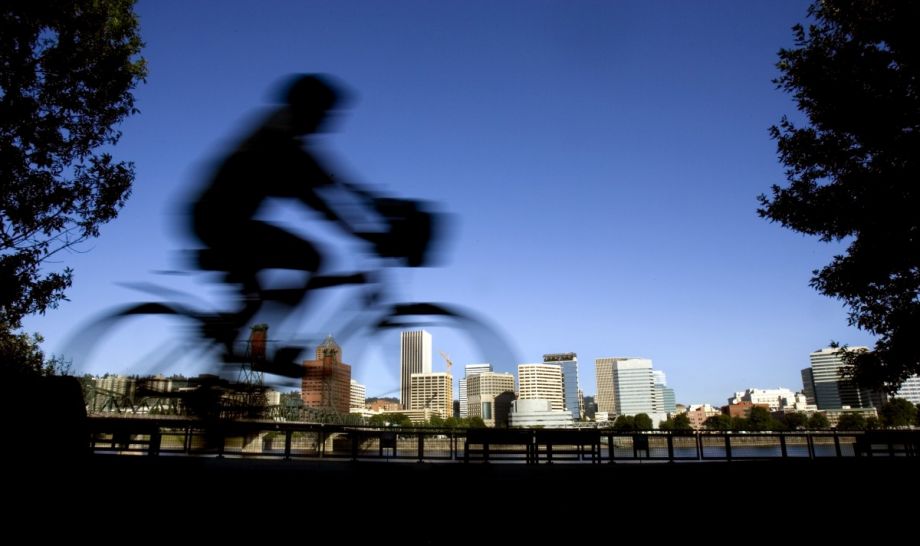 “I think there’s a need for more legislation,” Catherine Bullard says, “but I don’t have a strong feeling about what kind.” She’s talking about the aftermath of the death of her boyfriend, Bobby Cann, who was struck and killed by an alleged drunk driver in Chicago in May 2013.

Cann was one of about 700 bicyclists hit and killed by motorists that year. By the end of this year, much the same number will likely die. Very few of the drivers will face prosecution. In May, a League of American Bicyclists report found charges were filed in 21 percent of all collisions leading to bicyclist death; just 12 percent resulted in a sentence. Drivers who are intoxicated or who flee the scene are most likely to be charged — but often with DUI or hit-and-run, rather than with causing a death. According to League of Illinois Bicyclists Director Ed Barsotti, “We are left in that situation where you have to be charged with a felony, and it’s really tough to meet that standard, or you’re stuck with the usual traffic citations.” Until recently, prosecutors had no viable way to address reckless driving that ended in a death.

Now that gap is being addressed. Across the country, the increasing popularity of bicycling has led to new laws protecting riders. Some new laws fill the gap in appropriate penalties for careless or distracted driving that causes harm to another person. Since 2007, Delaware, Hawaii, Oregon, Utah, Vermont and Washington have also passed Vulnerable Road Users laws, which identify bicyclists and pedestrians as “a class of users … that is one of the things that will trigger an increased penalty,” after a deadly collision, says Ken McLeod, a League of American Bicyclists advocate. But while these laws are proliferating, they are often ignored. Even more oddly, some bicyclists don’t support them.

That’s not because of a lack of bicycle activism. From Critical Mass to fundraising rides, community bicycling opportunities abound — and many include a focus on safety. But ask bicyclists how to address injuries and deaths, and answers can be surprising.

“Most often the bicyclist is to blame,” Ride of Silence Vice President Mark Hagar said in an interview, describing people who bike at night. Each year, his group holds an event in the U.S. and 21 other countries to call attention to bicyclists’ deaths. Many rides visit “ghost bikes,” white-painted bikes that memorialize cyclists who have been killed in traffic. Though the organization has no official opinion on criminal matters, Hagar’s stance can feel a bit like a Take Back the Night organizer blaming rape on women who walk alone after dark.

Hagar might be unusual. But McLeod notes that advocates are not unified on legislative goals for bicyclist safety: “Some people are uncomfortable with creating new classes of people who are due special legal protection.” Meanwhile, in Seattle, a “bikelash” became a factor in the re-election campaign of Mayor Mike McGinn after some members of the public and press said he’d over-emphasized bicycling safety.

If some activists resist the idea of protecting bicyclists, others seem not to know much about the idea at all. New York City group Time’s Up! has painted body outlines on New York streets to call for prosecutions of motorists who kill bicyclists. But organizer Bill DiPaola draws a blank when asked about specialized laws to protect cyclists: “I’ve never heard of that. … It sounds like a great idea.”

It’s slightly more than an idea. In 2010, New York passed Hayley and Diego’s Law after a man left a van running unattended and it backed into a crowd of preschoolers, killing two. The law addresses a gap in penalties for careless driving (but is not a full-fledged Vulnerable Road Users law). But most police are not trained in how to use Hayley and Diego’s Law, and although the city recently beefed up its collision investigations unit, prosecutions remain rare.

There is no one database on the number of charges pressed under this law, but most advocates say prosecutions remain rare in most cases of bicyclist death. Similarly, safety programs passed during Mayor McGinn’s administration in Seattle remain underfunded.

Together with bicyclists’ lack of awareness of recent changes, the under-implementation points to an unusual gap in bicycling safety. Advocates have succeeded in passing new laws. But few changes in public awareness, driver behavior or police investigation strategies have followed so far — including ones to convince the bicyclists themselves.

Nonetheless, the proliferation of new standards may indicate systemic change is on its way.

Of course, just getting laws passed is a step forward in itself.

In Illinois, the crash that killed Bobby Cann turned his family and friends into activists. They turned up in a group of 35 to a court hearing last Thursday, Bullard says, trying to ensure justice is done in this rare case that meets the tough standard for negligent vehicular homicide charges for the driver. She and the family have also worked closely with Chicago’s Active Transportation Alliance to memorialize Cann and promote safer streets.

The case vaguely recalls the 2006 death of Matt Wilhelm, who died in Urbana, Illinois, after being struck from behind by a motorist distracted by texting. Wilhelm’s death also inspired activism, which culminated in a 2008 Legislative Distracted Driving Task Force including several state representatives and senators. The group proposed several laws, including making “the infliction of serious physical injury or death to a vulnerable user of a public way” punishable by a suspended license and minimum fine of $12,500.

But the idea of passing this Vulnerable Road User law was then still too new. Despite prompting from the Secretary of State, “the legislature did not have the appetite for this,” Barsotti says. Not a single law was passed.