This Invention Could Boost Bicyclist Protection Laws – Next City 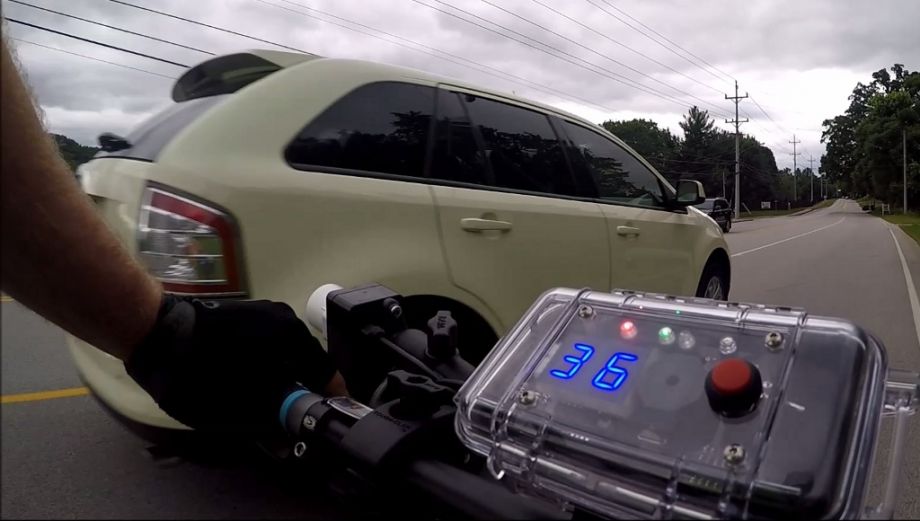 It took just a quarter of a mile with the device mounted on the handlebars of the patrol cop’s bicycle before it became obvious: This invention by a little Austin company, designed to enforce laws requiring that vehicles give at least three feet to cyclists when passing, could actually change the roads for cyclists everywhere.

“I was riding in full uniform and within three blocks, I had a car pass me inside three feet,” says Chattanooga police Officer Rob Simmons. “And it was all day long.”

A bike cop in the southern Tennessee city for seven years, Simmons didn’t realize just how often drivers broke the law when passing him — and figures the drivers didn’t either.

That’s where the C3FT, an invention by a Texas duo who make up the garage-based Codaxus company, comes in.

The C3FT uses ultrasound to record when drivers pass too closely, allowing the user to provide evidence of the infraction to a judge.

Austin begins its road tests before the end of this month. Another municipality near Tampa, Florida, is trying one out as well, says Codaxus co-founder Christopher Stanton. Municipalities from all over the country are calling in and asking about the device, he adds.

But while helping officers enforce the law and defend tickets is its primary use, it’s hardly its biggest benefit — or even its raison d‘être.

The inventors, users and cycling advocates who herald its creation say that having an avenue for enforcement removes one of the biggest obstacles to passing so-called “vulnerable user” laws in states and cities across the country.

Included in most of those laws and ordinances is the requirement that cars and trucks pass no closer than three feet.

But one thing Simmons noticed when he was chatting up other agencies around the country about their cycling safety programs a few years ago was that they were having a hard time enforcing that passing law.

“Every single one of them came back and said, ‘We can’t. It’s impossible,’” he said.

With a way around the he-said, she-said aspect of trying to prove that driver just buzzed you at 14 inches, there is less ground for resistance by politicians who hesitate to make laws they can’t enforce.

“We talked to a group today, I think in Ohio, that’s working on getting a vulnerable users law passed there, and a three-foot law. One of the biggest pushbacks from legislators was, ‘Well, there’s no way to enforce it,’” says Stanton, who is also executive director of the Ghisallo Foundation, a youth bicycling nonprofit in Austin. “And they saw this a week ago, and they’ve already added it to their packet on how this law works. ‘Look, there’s a little device we can use to enforce it.’ It’s short-circuiting that issue. This device might actually enable that state to have a vulnerable users law, which I think is amazing.”

The idea came to Stanton and business partner Robert Kent a few years ago when, as cyclists with backgrounds in software engineering and electronics, they wanted to find out just how effective and necessary the three-foot law was.

The first version of the C3FT was designed only to collect data. At the time, the bicycle liaison to the Austin Police Department was bike officer Fred Fletcher. Last year, Fletcher became chief of the Chattanooga Police Department. To create a C3FT model that Chattanooga police could use, Simmons worked with Stanton. The updated version has an audio alert when a car passes the device too closely, at which time it captures the data and allows the officer to decide whether to pull the car over. 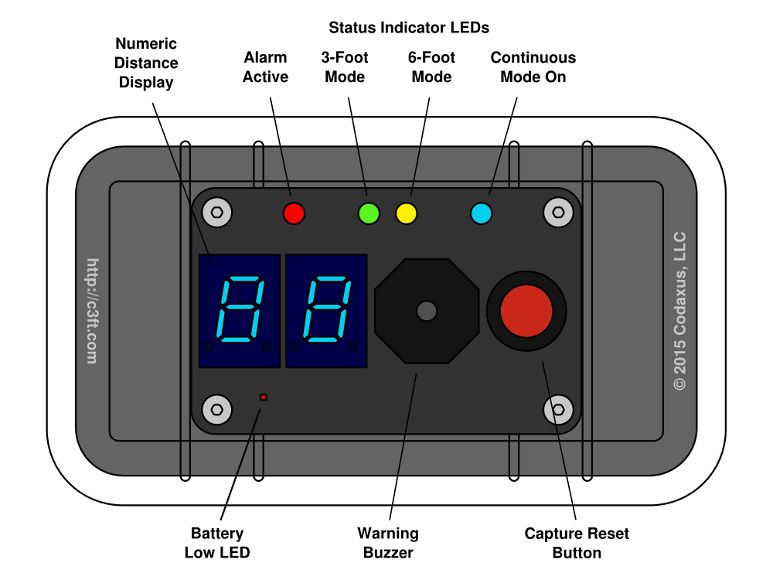 The device, purchased for $1,400 by Friends of Outdoor Chattanooga and loaned to police, is used mainly in sting operations and worn by bike cops in plain clothes who are targeting particular areas that cyclists and other users say is particularly dangerous.

Simmons is finding that most of the drivers he pulls over aren’t even aware of the law, much less that they broke it — and herein is, perhaps, one of the biggest benefits of all, Stanton and Simmons agree: education.

Every time he pulls over a driver, Simmons says, he educates them and the people around them. Every time the news does a story about a sting or about the device itself, people learn about the laws, and the safety of cyclists, and how to ensure that roads are for everyone, Simmons says.

Stanton takes a philosophical approach to the device’s success. The self-styled “social entrepreneur” says that solving the social issue the C3FT addresses is as important as turning a profit.

“If someone brings out a similar device, which can somehow undercut our competitive price, and they get it into everybody’s hands across the country, that’s a win for us,” he said. “If it competes with our product and makes either C3FT and similar products so ubiquitous that everybody’s using them, then we’ve won. We’ve solved the problem we’re trying to engineer out of the environment.”