Survey of 17,000 Asks Why Bicyclists Break the Rules of the Road – Next City

Survey of 17,000 Asks Why Bicyclists Break the Rules of the Road 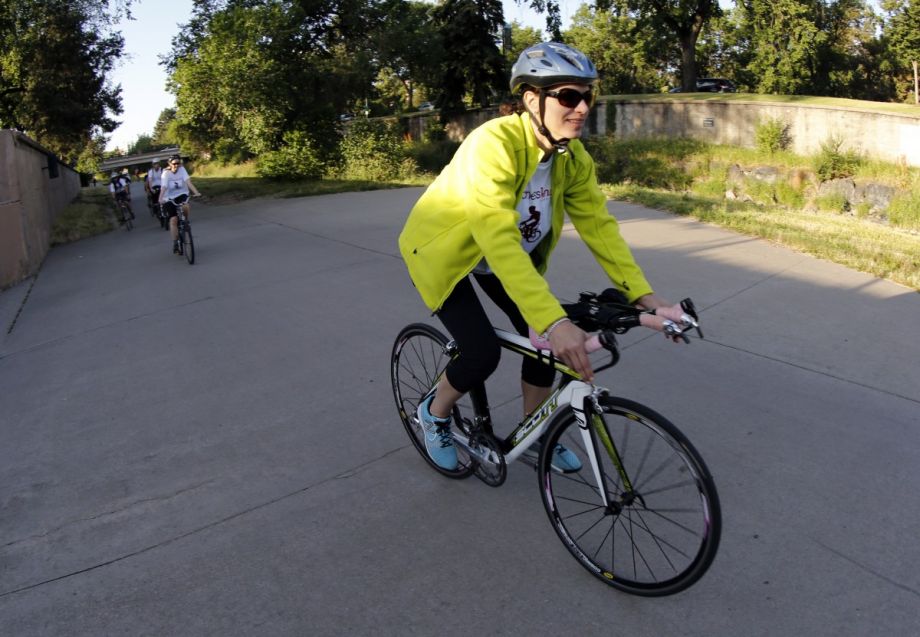 Denver cyclists commute on one of the city’s annual Bike to Work days. (Photo by Jack Dempsey/Invision for goodnessknows/AP Images)

The blame game in the cars vs. bikes war can get ugly. But accidents happen, as the saying goes, and as long as drivers and cyclists continue to share city streets, figuring out why they happen should be a public safety priority.

One University of Colorado Denver researcher is looking into what causes bicyclists to break the rules of the road. Wesley Marshall, a professor of civil engineering, recently asked more than 17,000 people to complete what he called the “Scofflaw Survey” to figure out what makes them disregard traffic laws.

“Not all bicyclists that break the law are these hooligans that are out to be sort of anti-society,” Marshall told Colorado Public Radio. “I think a lot of people do it for very practical reasons.”

The results of the survey will come out later this summer, but advocates of measures such as protected bike lanes will gleefully note that Marshall already is pointing to infrastructure, noting that cyclists are navigating a route built for cars, not bikes. From CPR:

“If we give these people a system that’s built for and really meant for cars, you might see more people breaking the law,” he said. Conversely, he said, cyclists are more likely to obey signs and signals when they are bike-specific.

When it comes making decisions about spending on that custom infrastructure, it helps to have the right numbers on your please-can-I-have government form. As Rachel Dovey recently reported in “Bicycling, Pedestrian Advocates Looking for Better Numbers to Crunch,” “national reports detail the country’s most dangerous streets, but for local planners who want to boost and measure multimodal travel, established metrics often fall short.”

Dozens of bike advocates around the U.S. have already asked Marshall for locally tailored results.