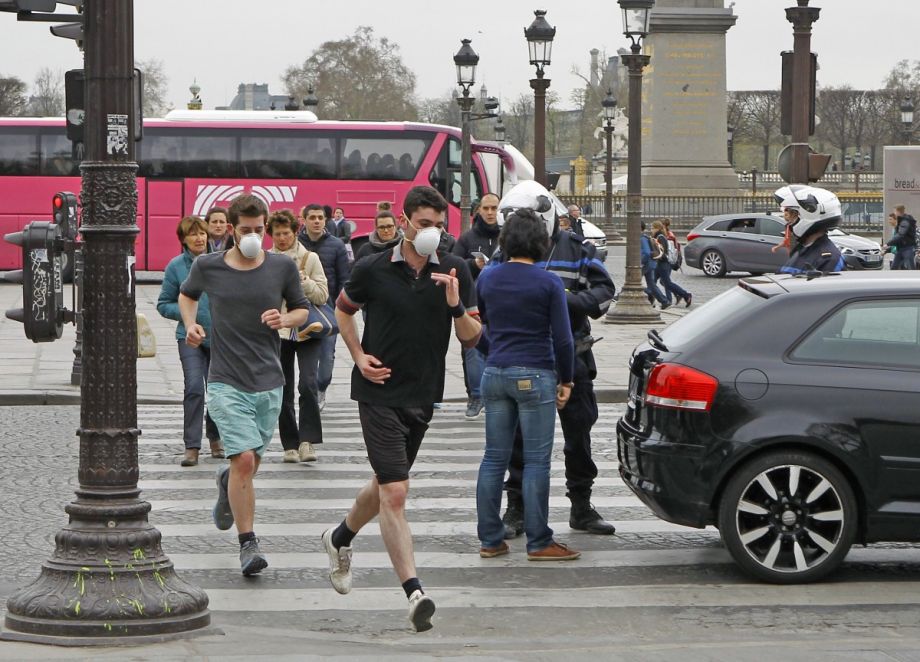 At first glance, Aclima looks like a typical San Francisco tech startup: They’re young, they’re collecting and analyzing “big data,” and they’re working with Google. But, scratch the surface, and you find a company with a surprisingly righteous, at once grandiose and earnest goal — one that sets them apart in Silicon Valley. Aclima is working to improve our collective understanding of the common trajectory between planetary health and human health.

“Quality of life and human health don’t get the attention they deserve in the conversation around sustainability and the environment,” says Davida Herzl, Aclima’s CEO and co-founder of the environmental sensor firm, “especially for being such a central part of who we are. We need a more integrated view of the two if we’re going to thrive as a species on this planet.”

Aclima’s sensors measure air quality, and the company strategizes about placing and networking them, as well as on real-time data parsing, analysis, and insight. “We really see ourselves as designers and implementers of networks,” says Herzl. “It’s not about the single sensor, it’s about a strategic network that shows how a building or city lives and breathes.”

There’s more than information collecting at play. Ultimately, Aclima delivers high-resolution spatial maps of air quality that show the interactions among environmental systems. Herzl explains that once a system of nodes is established, each new sensor adds value to the dataset as a whole by illuminating connections and patterns. For example, how do transportation policy decisions affect asthma rates and where? This is just one question Aclima is currently working to answer.

Aclima’s most publicized project so far has been its work for Google. The company installed 6,000 sensors in 21 Google buildings around the world, measuring levels of CO2, NO2, particulate matter and noise. The sensors take measurements every second and send half a billion data points per day back to base. That’s as many tweets as go through Twitter per day. With this vast amount of data, says Herzl, “you can really take the vital signs of a building or a city.”

Some conclusions can be translated into quite practical solutions. For example, they found that most conference rooms routinely exceed the 1000ppm of CO2 threshold for cognitive health, after which you start to see effects on cognitive performance. In other words, there’s a reason you’re falling asleep in meetings: A lot of people are breathing in the same room and the windows probably aren’t open. With these kinds of real-time insights, future buildings can have dynamically responsive ventilation systems.

And as Aclima’s work reveals, ventilation systems are no luxury. Aclima’s sensors also observed the two-day BART strike in San Francisco in 2013. Those two days, in which many cars were back on the road, were major outliers in their dataset. They were able to record the amount of pollution that BART spares San Francisco on a daily basis. They were also able to show increases in pollutants inside buildings during the same period. We tend to think of inside and outside as separate, think of ourselves as “safe” from smog when indoors but that’s totally false. In fact, buildings often have higher concentrations of pollutants than outdoors, and elementary and high schools are often some of our most polluted buildings.

Nap-inducing conference rooms point to one problem with big data that Herzl says Aclima aims to overcome: the folly of information silos and lack of data on system connections. So if we measure buildings only in terms of energy efficiency, we decide to seal them tighter. But this traps pollutants inside. This is why Herzl declares that we “need to switch to an integrated systems view by collecting data on everything. Currently, we’re making billions of uninformed decisions all the time.”

Aclima envisions two ways their sensors can be deployed in cities. The first is that cities place stationary sensors and collect data constantly. The other is that cities can take snapshots to create vivid maps of air quality in a single period of time. Aclima is currently working with Google Street View to test this strategy. In Denver, they deployed three Street View vehicles equipped with sensors to measure air pollutants from particulate matter and ozone to climate change gases like methane over the course of one month. They partnered with the EPA to demonstrate that this method can “fill in the pixels in our picture of air quality and climate,” says Herzl. Aclima hopes to one day readily provide governments and citizens with detailed maps of pollution in their cities.

They’ll be sharing more about their work with Street View in the fall, but for now, they’re working with the EPA for validation that they’re getting the science right. “When you realize everything is connected, everything matters,” Herzl says.