Big Banks Profit from White Supremacy. They Should Return PPP Fees to Black and Latino Communities – Next City

Big Banks Profit from White Supremacy. They Should Return PPP Fees to Black and Latino Communities 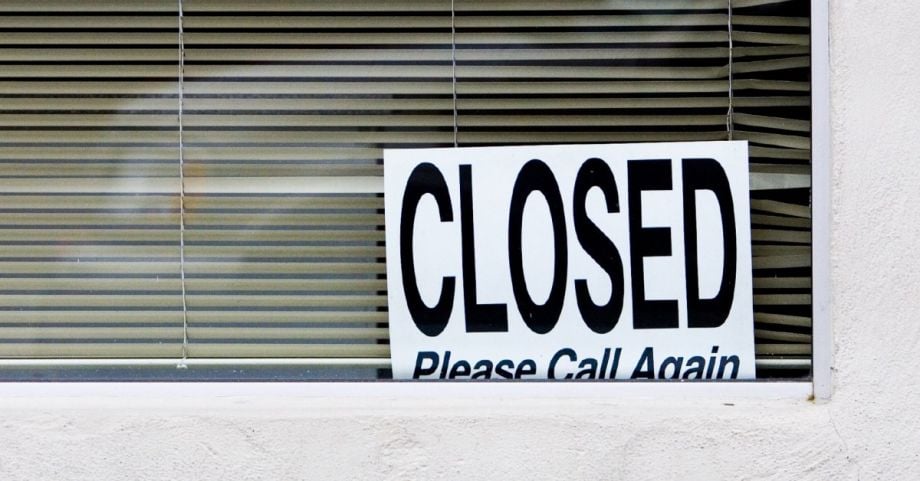 As we witnessed the shooting of Jacob Blake on the heels of the killing of George Floyd by police, we are reminded that state-sanctioned violence against Black men and women is the most painful and abhorrent way in which white supremacy is upheld, but it is not the only way.

We have witnessed Black people face discrimination while trying to obtain home or small business loans, and of course we have watched as Black communities suffer disproportionately from COVID-19 infections and mortality, and we know that it will take decades to economically recover from the aftermath of this pandemic, just as they are still digging themselves out of the financial ruin of the 2008 foreclosure crisis.

Decades of racist policies within America’s banking system and profound disinvestment in our communities have left Black and Latino people ill-equipped to respond to an economic downturn, further perpetuating poverty and fomenting social inequality.

Acclaimed American writer and civil rights icon James Baldwin said, “Not everything that is faced can be changed. But nothing can be changed until it is faced.” It is time for America’s banks to face the role they have played in perpetuating white supremacy and right their wrongs.

We posit that America’s financial institutions have not only perpetrated but benefited, time and time again, from institutionalized and structural racism by denying wealth-building opportunities to Black and Latino Americans and then stripping wealth from Black and Latino communities to maximize their profits. Banks have targeted Black homebuyers with expensive loans — and discriminated against borrowers based on immigration status.

There is no clearer evidence of this than the way in which banks implemented the Paycheck Protection Program, a CARES Act initiative meant for small businesses to help them recover from the COVID-19 economic crisis. It’s no mystery that banks have been shown time and time again that in lending to Black and Latino owned borrowers with similar or even better credit profiles, they treat these borrowers differently by asking more questions and requiring more information, leading to discrimination in lending.

Yet, despite failing to serve Black- and Latino-owned small businesses, according to the Small Business Administration, in California alone, $68 billion of government-secured, zero-risk PPP loans were made by banks, credit unions and other lenders as of June 31, 2020. These loans generated $2 billion in PPP fees, more than half of which were earned by the 30 largest banks doing business in the state. While our communities struggle to get help, banks profited hand over fist. In addition to making a windfall from the PPP loan fees, the six largest banks have pocketed more than $32 billion from Trump tax cuts, as their average tax rate fell from 20 to 18 percent. Low-income communities have yet to see any benefit.

If banks are serious about uplifting communities, we propose that the fees generated from PPP loan fees must be reinvested back into economic development programs that benefit Black and Latino communities in addition to ongoing bank philanthropic efforts. Communities must have a say on how these dollars are used.

Big banks may resist reinvesting these fees, saying they need them to recoup administrative costs. But it is important to remember that banks chose to participate in the PPP program (this was not a requirement imposed on them) and their participation enabled them to make risk-free loans (100 percent guaranteed by the government) and receive repayment, all the while making very few PPP loans to Black and Latino Americans. In addition, banks chose to deliberately prioritize existing customers — who tend to be white and own larger businesses — reinforcing systematic redlining practices that have excluded communities of color for generations. As part of America’s financial infrastructure, it’s past time that these banks participate in the solutions to inequality rather than continuing to perpetuate financial crises in communities of color.

We call for reparations by banks to Black Americans. As Angela Glover Blackwell and Michael McAfee remind us, American banks were the “underwriters of racism” — financing the slave trade — for more than two centuries. There’s no other sector that has profited as much from the exploitation of Black Americans than the banking industry. Investing the fees received as part of a government program that provides a full guarantee as well as an income-generating business opportunity for banks is a small price to pay for an entire history of wrongs.

There are several policies banks must adopt immediately if they are serious about combating racism. In collaboration with the San Francisco Office of Financial Empowerment, the California Reinvestment Coalition released a new report outlining a blueprint for bank policies that help communities thrive. The solutions we propose include banks embracing reparations for the Black community, stopping all foreclosures and evictions, suspending loan repayments, and committing to not financing displacement of communities of color.

In addition, the PPP fees that are reinvested back into communities can and should be used to support efforts that include grants to support Black and Latino small business owners and sole proprietors, support for housing stabilization efforts (including cash grants for Black and Latino families to prevent eviction), and capacity building grants for Black led and Latino led organizations supporting affordable housing, eviction defense, housing counseling, and small business and support for micro businesses.

The secret that corporations don’t want us to know is that the American banking system is at the heart of creating the conditions that have led to the racial and economic inequality we see today.

Banks can do more. They must do more. We demand it.

Paulina Gonzalez-Brito is executive director of the California Reinvestment Coalition.