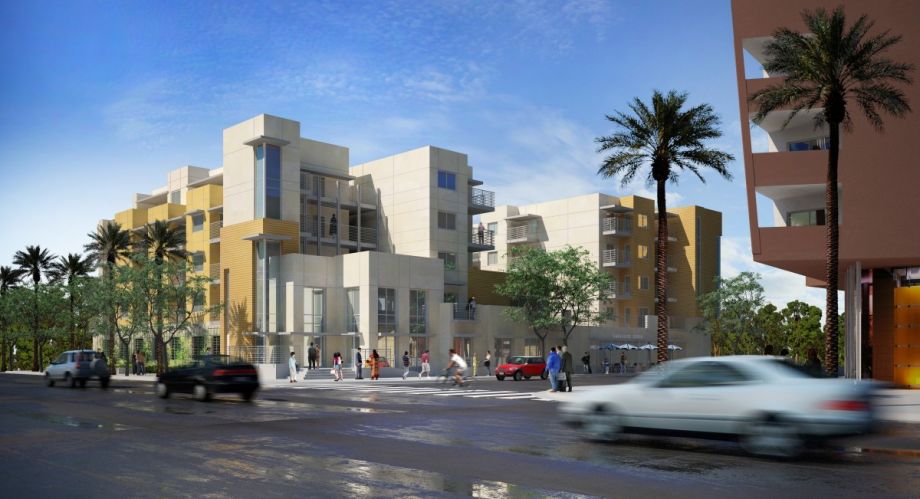 There are many ways communities can help determine their own future. It’s never entirely up to them, but it’s nothing radical to think each community should have a strong voice in that. What’s radical are the growing ways that money, which so often threatens to drown out the community’s voice, is now finding ways to amplify it instead.

Community Housing Capital (CHC), a Decatur, Georgia-based affordable housing loan fund with around $65 million in assets, announced a groundbreaking deal over the summer that will see $100 million in private capital support community-led housing organizations across the United States. The news comes at time when a lot of existing affordable housing in American cities is at risk of disappearing.

“Our borrowers are all members of the NeighborWorks America network,” says Deborah Campbell, vice president for capital initiatives at CHC. “They are developing or preserving affordable housing in their communities that’s responsive to their specific housing needs.”

“It’s a mix of our existing investors and new investors who were brought into the fund by CHC or by Morgan Stanley. It helped to diversify our funding base,” Campbell says.

CHC was created in 2000 as an exclusive lending organization to the NeighborWorks network of not-for-profit affordable housing and community development institutions. One of the stipulations to join the 250-member network is that at least one-third of your board of directors must be residents of the area you serve. Some member organizations are in urban areas, some are suburban or rural. Access to CHC’s financing is one of the big benefits of membership.

Because of their close ties to communities, NeighborWorks organizations often take on real estate development projects that might scare others away.

In Providence, Rhode Island, one NeighborWorks member organization purchased a series of 13 adjacent, dilapidated mansions and four vacant lots that were overrun by drugs and prostitution. Campbell heard a story that they had once been owned by a bail bonds salesman to house his clients. The organization purchased the mansions and turned them into 90 rental and homeownership units for residents with a mix of incomes.

In San Diego, another NeighborWorks member purchased an old, out-of-use industrial lot and turned it into affordable housing for LGBT seniors.

Meanwhile, a NeighborWorks organization in the D.C. metro built an award-winning affordable housing development filled today with teachers, professors, and other local and state government workers and their families.

Campbell herself founded the last organization NeighborWorks built from the ground up, in Salisbury, Maryland. The network now instead recruits high-performing nonprofit organizations whose missions align with theirs. It made sense, as over the last 20 or 30 years organizations that do this kind of community-led housing development began to proliferate.

“And they’re working on a larger scale. Community-led organizations like these have become more sophisticated. They’ve evolved and matured,” says Campbell.

NeighborWorks goes out on a regular basis and does program reviews of member organizations, looking at governance, balance sheets, mission alignment and other aspects. It’s not completely unlike a bank review, Campbell says, to make sure the organization is healthy and identify issues that might be solved with technical assistance.

“So when we make a loan to an organization, we have that second independent level of due diligence from NeighborWorks,” Campbell says. CHC has made more than 300 loans so far, totaling around $380 million, to 120 NeighborWorks organizations in more than 35 states. Collectively, the work has resulted in more than 13,000 units of affordable housing.

Besides a significant scaling up of that activity, the $100 million deal represents a huge stamp of approval for the financial viability (and social impact, Campbell likes to emphasize) of the NeighborWorks network of affordable housing developers.

“Our investors like the efficiency, the quality of our borrowers, and they like the discipline that exists at CHC,” Campbell says. “And all of the loans that we make are CRA [Community Reinvestment Act] eligible. I think that’s the icing on the cake.”

The deal is also validation for CHC’s model of using philanthropic dollars as equity or collateral to access larger investments.

Overall, CHC estimates, every $1 of philanthropic money gets leveraged into $15 of loan activity, which then generates $60 of development activity (as NeighborWorks members themselves leverage financing locally too).

So in addition to courting new CHC investors to join Morgan Stanley and the others, Campbell is seeking $25 million in new philanthropic dollars over the next five years to boost CHC’s reserves and thus their ability to funnel larger and larger pools of capital to its borrower network of community-led organizations. And there’s even more to it than that.

“I think others could look at our model outside of the housing industry,” Campbell says. “Rather than paying for programs, grant dollars can go into a loan fund that allows organizations to lever more debt to support more of the good work that their borrowers are doing.”