Bike Safety Could Be Mastered in Cambridge – Next City

Bike Safety Could Be Mastered in Cambridge 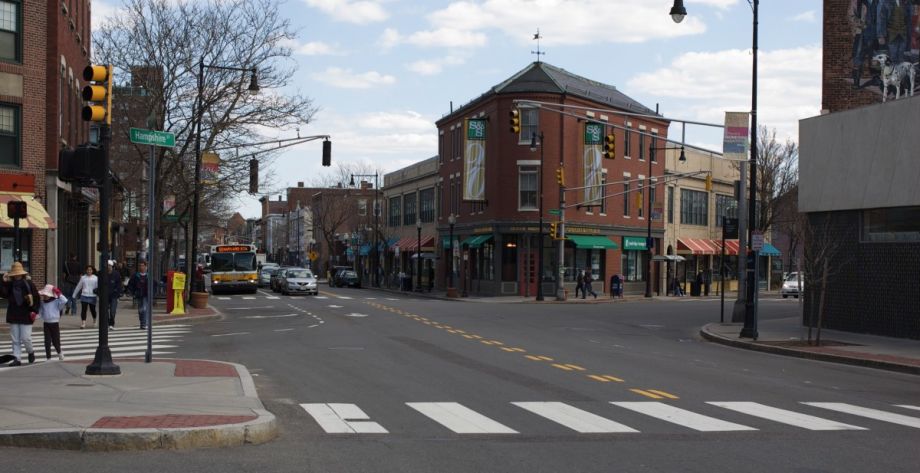 Bicycling in Cambridge, Mass., is a big success pretty much no matter how you slice it. According to a report from the city, the number of people on bikes in the leafy city on the Charles River tripled between 2002 and 2012. That makes Cambridge a leader in bike commuting nationally: 7.1 percent of Cambridge residents biked to work in 2012, putting it ahead of all but four other American cities.

Perhaps unsurprisingly, the sheer number of crashes involving bicycles has gone up along with the number of people on bikes. According to an article in the Boston Globe, there was a 136 percent rise in bike crashes between 2004 and 2012, from 91 to 215.

The rate of crashes, however, has gone down by nearly 30 percent — from 19.6 crashes per million bicycle miles traveled in 2004 to 13.8 in 2012, the city’s analysis shows (only 5 percent of Cambridge crash injuries were reported as “incapacitating,” and in 18 percent the rider reported no injury). That decline in rate of crashes is one more manifestation of the “safety in numbers” phenomenon that has been observed by many researchers looking at bicycle safety. Broadly speaking, the more people on bikes, the lower the crash rate.

That phenomenon, of course, is of little comfort to an individual bike rider who has been injured in a crash.

The Massachusetts Department of Transportation (MassDOT) is taking bike crashes seriously, and looking at what can be done to prevent them. Cambridge is one of 12 communities selected earlier this year to participate in a $461,000 bicycle and pedestrian safety “awareness and enforcement” program with the dual aims of increasing pedestrian and bicycle transportation and reducing injuries. Cambridge will be using some of the money to create better conditions for bikes and pedestrians traveling through busy Inman Square.

The MassDOT program also focuses on creating a “share the road” mentality through education of drivers, cyclists and pedestrians. It also includes an enforcement mandate, with the crucial stipulation that data from enforcement will inform the improvement of infrastructure.

“Citations and warnings issued to drivers, bicyclists and pedestrians would be used to increase safe travel and to gather important information and feedback about local infrastructure issues,” MassDOT’s announcement of the program says. “Examples could include using feedback from traffic stops, citations and warnings to identify trouble spots, such as poor lighting at intersections or lack of pedestrian or bicycle crosswalk protection.”

Government officials and advocacy groups will also be collecting data on the behavior and travel patterns of pedestrians and bicyclists as part of the program, according to the Globe.

As more and more people in Cambridge and around the country start riding for transportation, developing infrastructure solutions that safely accommodate them is going to be key. For people on bicycles in Cambridge, streets designed primarily for cars still hold plenty of perils. In the city’s six-year analysis of crash types, it found found that 32 percent of crashes resulted from cars turning into the path of cyclists, and 20 percent were “dooring” incidents where driver or passenger opened a door into a cyclist’s path.

Cambridge is already a cycling leader by the numbers. It could be a perfect incubator for a state-of-the-art approach to cycling infrastructure in a certain type of small American city as well.