Berlin Likely to Hold Referendum on Re-Nationalizing 200,000 Apartments – Next City 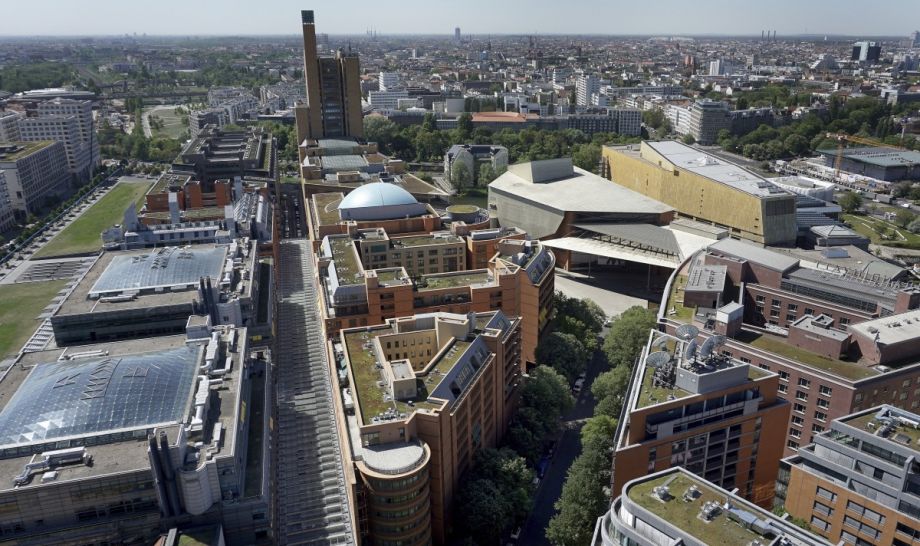 In this Tuesday, May 8, 2018 photo the Potsdamer Platz (Potsdam Square) with its 'Potdamer Platz Arcaden' shopping mall, left, and the Berlinale theater is photographed towards south in Berlin, Germany. (AP Photo/Michael Sohn)

Berlin is likely to hold a referendum banning big landlords from operating in the city, the Independent reports.

The proposed law would convert homes owned by landlords with more than 3,000 homes in their portfolio into public housing. It would cover 200,000 units, the Independent said.

The referendum seems to be especially targeting Deutsche Wohnen AG, the city’s biggest landlord, which holds 110,000 apartments, and has a reputation for finding loopholes in Germany’s rent-control laws, CityLab wrote. It also spends about half what state housing companies do to maintain its properties.

In fall 2018, residents on Karl Marx Allee discovered their buildings were to be sold to Deutche Wohnen, and feared they’d be priced out of their homes. After mobilizing, they got the city to agree to buy three of the buildings and the district of Friedrichshain-Kreuzberg agreed to purchase a fourth. Activists decided, why stop there? Why not have the city buy back all units belonging to big landlords?

Many of the units in question used to be public housing, which was sold off over the years. Berlin mayor Michael Müller told The Local that reclaiming more public housing was a priority.

“That means that privatization, which has turned out to be a mess, will be halted and apartments will once again be the responsibility of Berlin city, through public housing administrators,” Anja Kaehler, a tenant at Karl Marx Allee, told The Local.

The initiative must collect 20,000 signatures to make it onto the ballot, but in a January poll, 44 percent of Berliners supported the idea, while 39 percent were against it, the Berliner Zeitung (Berlin Newspaper) said. In the second phase, seven percent of the electorate — about 200,000 people — must vote yes on the referendum, the newspaper added. It is unclear, at least in English-speaking news sources, exactly which activists are leading the charge, but the Independent said that the left-wing Die Linke party supports the plan, as do some Greens and center-left social democratic representatives. The “red-red-green” coalition has made affordable housing a priority.

In 2017, property prices in Berlin grew faster than in any major city worldwide, the Independent said, with prices rising 20.5 percent. Rents also rose, despite new rent-control laws enacted in 2015.

Buying back 200,000 units of housing at market rates would be phenomenally expensive. Just purchasing the four buildings on Karl Marx Allee is going to cost up to $115 million, The Local reports. The activists backing the referendum, however, say that lawyers and constitutional experts say that Berlin could pay “well below the market value” to nationalize the housing.

In Hamburg after a 1962 flood, a court ruled that “the common good sometimes required property rights to be interfered with,” the Independent said.

According to Berliner Zeitung, the activists will begin collecting signatures. They must collect 20,000 in six months, the paper said.