Hey Honey, Don’t Tell the Neighbors I Left the Air Conditioning On – Next City

Hey Honey, Don’t Tell the Neighbors I Left the Air Conditioning On 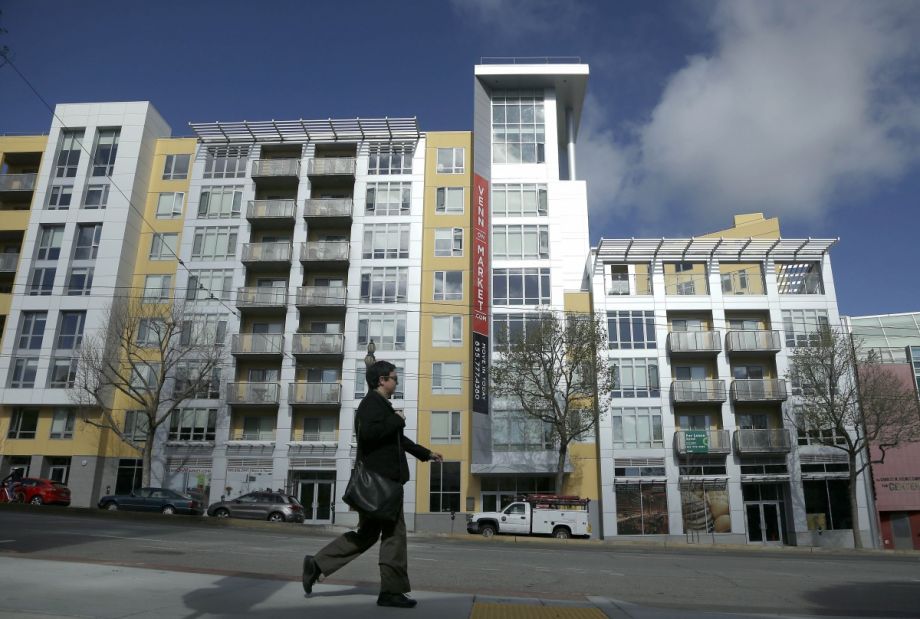 When Washington, D.C. passed its energy benchmarking ordinance in 2008 — requiring large buildings to report their annual energy consumption — it unleashed something of a national craze. Since then, similar laws have passed in at least nine other cities, including New York, Seattle, Boston, and San Francisco. At this point, the holdouts are starting to look like they didn’t get the memo.

The laws may seem modest; after all, they mandate only disclosure, not actual cuts in resource use. But they have captured the imaginations of policymakers and energy nerds. With this newly available information, the thinking goes, owners will gain a deeper understanding of their own properties, equipping them to invest wisely in measures that could slash utility bills. Prospective buyers and tenants will factor energy-efficiency into their decisions, ultimately making it a desirable real estate trait along the lines of a snazzy lobby or a hip location. And city governments can draw on emerging patterns as the basis of future energy policies.

“There’s incredible momentum around this,” said Constantine Kontokosta, Deputy Director of the NYU Center for Urban Science and Progress, who has helped clean the New York data. “It’s just an unprecedented amount of data about not only how buildings use energy but how cities use energy.”

But while benchmarking laws have generated giddy enthusiasm, they face several hurdles to realizing their full promise. Ideally, the reporting process would be painless, and the data would be flawless. Yet the status quo, as Kontakosta wrote in a recent paper, often involves “a time-consuming process for the building owners” that results in “significant human errors.” What’s more, attempts to solve these problems highlight the challenges of juggling various priorities, including tenant privacy. In short, while benchmarking reflects the faith in transparency and data that we see in so many realms today — from calorie count laws to hot-spot policing — it also embodies some of the inevitable conflicts and limitations.

Though the local landscapes vary, most of the laws require owners to manually enter the building’s data into an online EPA tool called Portfolio Manager. In many buildings, each tenant is separately metered, and owners must gather all of those numbers from dozens or hundreds of tenants who pay separate utility bills. It’s not hard to see why this would result in headaches and slip-ups.

In the ideal system, according to a recent paper from the Institute for Market Transformation, utilities would provide owners with — eye-glazing jargon alert — “aggregated whole-building data.” To protect privacy, the utilities would make individual tenant information anonymous. Utilities would also automatically upload the data into the EPA tool, in what the report calls a “set it and forget it” system. Such arrangements would relieve owners of much of the work now required and ensure greater accuracy.

In fact, a number of cities have been heading in this direction. ComEd in Chicago and Seattle City Light already aggregate building data and upload it automatically. New York has been incrementally moving toward this goal. The city and National Grid are participating in an Obama administration initiative in which cities and utilities collaborate on streamlining and simplifying the process.

But for all the benefits of protecting privacy and expediting the process, could these solutions introduce their own problems? Tenant behavior — Who has converted to LED light bulbs? Who blasts the air-conditioner even when nobody’s home? — is a major factor in energy consumption. If owners don’t know which tenants are the biggest energy hogs, they can’t target their efforts accordingly. “There is a tradeoff,” acknowledged Andrew Burr, Director of Building Energy Performance Policy at the Institute for Market Transformation.

And could a “set it and forget it” system mean that owners would be less engaged in the exercise and less deeply informed? Burr said this is “a small risk. I hear from some building owners that they actually prefer to do that data collection themselves because that process is instructive.”

These challenges underscore some of the perennial tensions that come with collecting and making use of large amounts of data: simplicity versus granularity; transparency versus privacy.

There’s also the question of how much information alone can accomplish. Last year, Harvard economist Robert Stavins published a report questioning the value of benchmarking (though it’s worth noting that his research was funded by opponents of such laws). Just as calorie count signs at Starbucks won’t necessarily keep you away from that enticing 490-calorie cranberry orange scone, we don’t yet have solid evidence yet that benchmarking will result in the better choices its proponents hope for.

In the case of buildings, this uncertainty is exacerbated by the notorious “split incentives” problem. If the landlord pays the bills, tenants have little motivation to turn off the lights in empty rooms or install programmable thermostats. If the tenants pay, landlords have little motivation to cough up money to upgrade the building. Benchmarking does not address this conundrum. (The Institute for Market Transformation promotes a complementary tool — so-called “green leases” or “energy-aligned leases” — that does).

Even owners who are gung-ho about making investments may need additional guidance on how to do so. “The data quantity’s improving, the data quality’s improving, but that doesn’t mean that the data can translate to knowledge or action yet,” said David Hsu, a professor of city and regional planning at the University of Pennsylvania who studies benchmarking. “We need to give people targeted, actionable advice at the moment we tell them they’re inefficient.”

Benchmarking, then, is just a start, but it can provide a strong foundation for further measures. If nothing else, the information should help city governments make more enlightened decisions, perhaps targeting resources to the worst-performing buildings.

“Nobody wants governments trying to legislate and set policy in areas that they know very little about — which has historically been the case with buildings,” said Burr. “Benchmarking laws are making our cities smarter.”