Here’s How Ben Carson’s Listening Tour Has Been Going 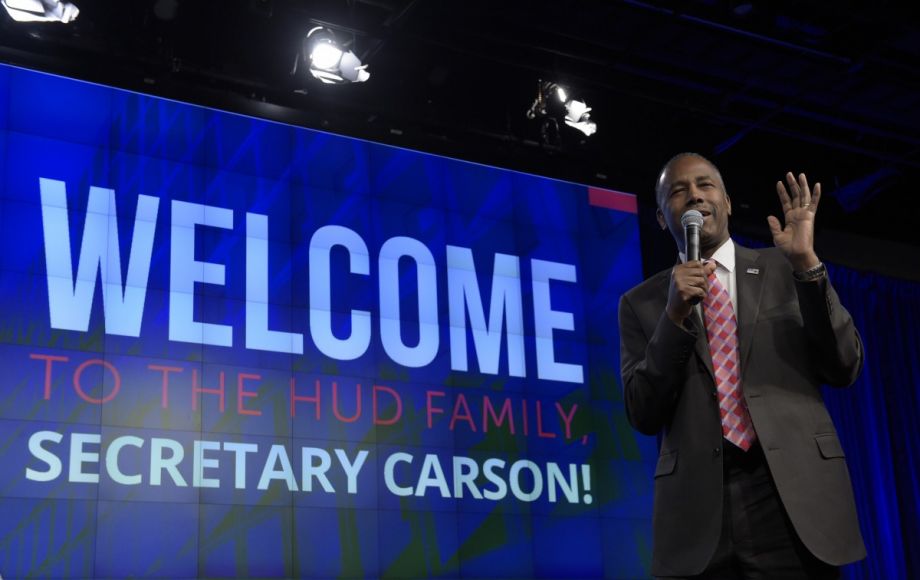 The Courtside Apartments in Miami was born on a rocky road. From its inception as a project in 2008, it started out with a failed bid for an allocation of low-income housing tax credits — which can attract real estate financing. Without those, the project’s backers, the Housing Trust Group and former professional basketball star Alonzo Mourning, had to piece together the funding for the nearly $23 million project from four public and private sources. Then there was the recession. It took until 2014 to find all the financing needed, The Real Deal South Florida reported.

So when new Secretary of Housing and Urban Development Ben Carson, who’s currently on a national listening tour as he gets acclimated to his new D.C. job, got stuck in an elevator for 20 minutes at Courtside Apartments last week, in reality it was just one more bump in a long, bumpy road. In the Twitterverse, it was more, so much more, than that.

You can’t make this stuff up. https://t.co/nA6OhxCIdq

Ben Carson being stuck in an elevator in a public housing building is God reminding us that she always has the last word.

The people who helped Ben Carson out of that elevator are creating a culture of dependency. Let him pull himself up out of this predicament.

Ben Carson shoulda been able to escaped that public housing elevator by pulling himself up by his bootstraps, right?https://t.co/ir18YICF2z

Ben Carson being stuck in a elevator in Overton might just be the longest time he has spent in the hood in bout 50 years.

Later in Miami, Carson visited the Villa Aurora apartment complex. The Miami Herald reported that the developer of the complex informed Carson that the project would not have been built without HUD’s HOME program, which President Donald Trump proposes to cut.

Discussion about projects or programs that have benefited from HUD programs that his boss wants to cut has become a routine so far on Carson’s listening tour, which has included stops in Miami, Jacksonville, Dallas and Detroit. Listening tours aren’t new for HUD, as Jen Kinney reported earlier for Next City. While there’s always room for change and reform to improve HUD programming, it has been rare to go on a listening tour with your department’s own budget on the chopping block and no clear answer for how the programs being touted on tour will continue in the face of steep cuts.

The day before getting stuck in the Miami elevator, Carson visited Eureka Gardens, in Jacksonville, where residents have survived years of poor maintenance and upkeep. The building is part of HUD’s project-based Section 8 program, which consists of privately owned and privately managed buildings that receive federal subsidies in exchange for housing families eligible for HUD rental assistance. Carson used the occasion to opine on the virtues of housing vouchers, the Florida Times-Union reported. The Trump administration has proposed cutting HUD’s Section 8 programs, including vouchers and project-based Section 8 buildings, by $600 million.

In Dallas, Carson said he “hopes to reshape HUD into one ‘that lifts people up and gives people an upward trajectory in their lives, that facilitates the public, private, faith-based [and] nonprofit partnerships that really enhance and synergize the help that can be provided,’” DallasNews.com reported.

Dallas was the focus of the landmark 2015 Supreme Court decision that ruled housing policies that segregate minorities in poor neighborhoods, even if they do so unintentionally, violate the 1968 Fair Housing Act. The decision brought clarity and urgency to the Affirmatively Furthering Fair Housing (AFFH) rule implementation that was already underway under the Obama administration. The new AFFH regulations require HUD funding recipients — mostly local and state governments and agencies — to “show their work” when it comes to preventing segregation. It’s a rule that Carson came out against in a 2015 op-ed.

Carson’s listening tour started in Detroit, where he grew up. The story was the same, as he had lunch at a restaurant that had benefited from the city’s Motor City Match annual competitive grantmaking program, which has helped Detroit small businesses grow. He touted the program by name, on Twitter.

Small businesses are the backbone of our country. The @MotorCityMatch program is a wonderful example of community revitalization at work. https://t.co/nwRT5dzWov

And yet, a significant chunk of Motor City Match funding comes from HUD’s Community Development Block Grant program, slated to be cut completely.

The HUD secretary now also has his own watchdog group, CarsonWatch.

We agree w/ @MaxineWaters that the $6.2B #HUD budget cut is “UNCONSCIONABLE” & with @MayorMikeDuggan that the impacts would be “DEVASTATING” https://t.co/ZgwqKEdfB1

Powered by a group of researchers and housing advocates, including PolicyLink, CarsonWatch’s site says they’re “committed to stopping President Trump, HUD Secretary Ben Carson and their Congressional allies from any attempts to roll back fair housing protections and undermine the housing security of millions of Americans.”