Beirut is Ridiculously Unprepared for a Major Earthquake – Next City

Beirut is Ridiculously Unprepared for a Major Earthquake 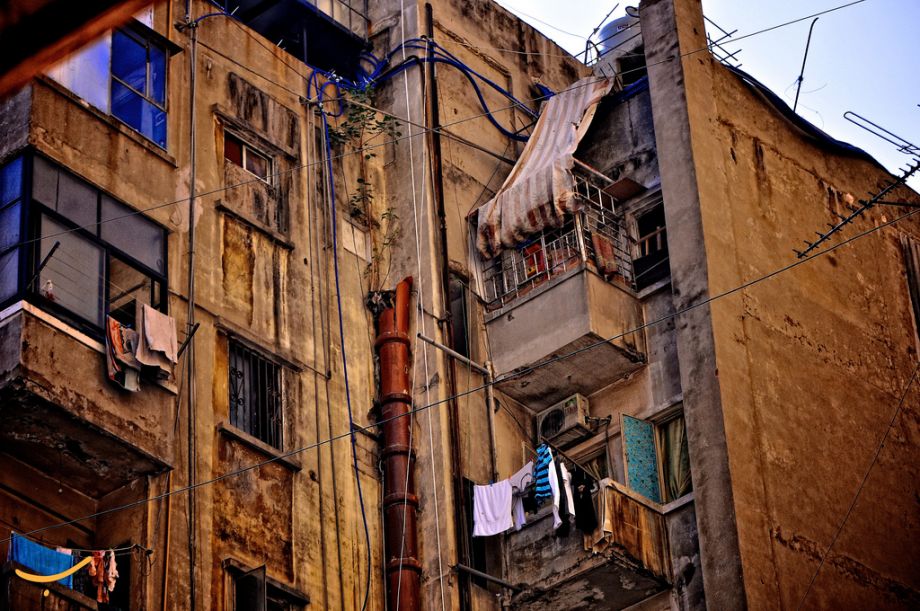 Shoddy construction is one of several factors that make Beirut vulnerable to the huge earthquake for which it’s overdue. Photo credit: Ahmed Alsaqer via Flickr

Under the Roman empire, Berytus, the capital of modern-day Lebanon, was known as the Jewel of Phoenicia. The harbor city was a trading hub for luxury gems and spices. Wealthy Romans built holiday villas there, along with towering monuments and dazzling theaters. Its law school gained the city a reputation as a famed center of higher education.

Then, in 551 AD, the earth broke. A massive earthquake tumbled buildings and sparked a tsunami that wiped the city off the map and killed an estimated 30,000 people. It took decades for Beirut to recover its position as a regional capital following the disaster, and even then, it never entirely regained its former glory.

In modern day Lebanon, Beirut’s notoriety stems from its bloody 15-year civil war and its precarious position along a political fault line between regional powers jostling for influence in the tumultuous Middle East. But it may be the literal fault lines running underneath the country that ultimately present the biggest risk to the tiny Mediterranean country.

Look at a Google satellite map of Lebanon, and you’ll see that the most prominent feature observable from space is a line, at first appearing to be a highway, stretching straight through the center of the country, down from Turkey through the Syrian border in the north, to Palestine in the south. The line is a fold in the topography that was created by the Yammouneh fault line, one of three major cracks in the earth’s surface under Lebanon that put it at high risk for another quake. Another, the Serghaya fault line, runs to the east, under the Bekka Valley. A third major fault system, the Mount Lebanon Thrust, running just off the coast of Lebanon, was only discovered in 2003 when geologists surveyed the area after decades of war suspended research for 25 years.

“We live in a very special place on the surface of the planet,” says Ata Elias, assistant professor of geology at the American University of Beirut. “Lebanon is just there between these plates. Earthquakes do happen here and we have had major earthquakes.”

Elias says the country is overdue for another major quake, the last one having hit in 1759, when two quakes, one month apart and each measuring a seven on the Richter scale, killed some 40,000 people in Lebanon and Syria. The Yammouneh fault line produces an earthquake about once every eight to 10 centuries, and the Mount Lebanon Thrust every 15 to 17 centuries. Both have the potential to generate earthquakes of up to 7.5 in magnitude.

“We are at a time when both fault lines have had enough time to produce another earthquake. But how soon, no one can really say,” says Elias.

What he can say, however, is that the current level of preparedness for such an event means it will result in catastrophe of unimaginable proportions. More than 70 percent or Lebanon’s roughly four million people live along the coast. Beirut has a population of approximately 1.5 million, with most cramped into dense, poorly constructed residential housing. Those residential buildings, built into picturesque hills — pushed up by pressure from the earth’s movement over centuries — or on soft, sandy coastal soil are not built to withstand a quake of such magnitude. A law passed in 1994 says all new construction must be built according to standards incorporating seismic resistance. But most residential buildings are old, built before these laws were introduced. And with little government oversight, construction laws are rarely enforced.

“Lebanon is not prepared for this at all,” says Mohammed Harajli, a professor of civil engineering at AUB. “There is a requirement that every building over four-and-a-half stories should be resistant, but the problem is in supervision. There are no strict laws for monitoring and implementation. The country is too busy with the political situation to take this seriously.”

To help mitigate the risk, the United Nations Development Programme (UNDP) is working with the prime minister’s office on a project to help the Lebanese government develop its disaster management and risk reduction strategy. Signed in 2009, the Disaster Risk Management Project has developed a National Response Plan to deal specifically with natural or man-made disasters, including earthquakes, which feature high on the list.

Project manager for the project Nathalie Zahrour says that while progress has been made, there is still a long way to go and the NRP has yet to be endorsed by the Cabinet.

“Risk reduction is everybody’s responsibility and the government has a major role at the institutional, sectoral and local level to play. The Lebanese Government has committed to giving DRM high priority,” says Zahrour. “Making Lebanon resilient to disasters is a long process; laws need to be issued and approved, the National Disaster Management Agency needs to be developed, funding needs to be channelled. Nevertheless, we are determined to become a flagship of resilience.”

Crucial to saving lives, according to Harajli, is public and industry awareness. “If we design our structures for earthquakes and observe international regulations, we save a lot of lives,” he says. “The cost of making a building earthquake resistant does not add that much to the cost of the building. It’s five percent maximum.”

Elias agrees, and says waiting for the next big one to hit is not an option. “We need something to shake people into being prepared for this. If we get a major quake, the face of the country will be changed dramatically. Otherwise we will be another Haiti.”