Behind Tulsa’s Fight Against the Rising Threat of Dollar Stores 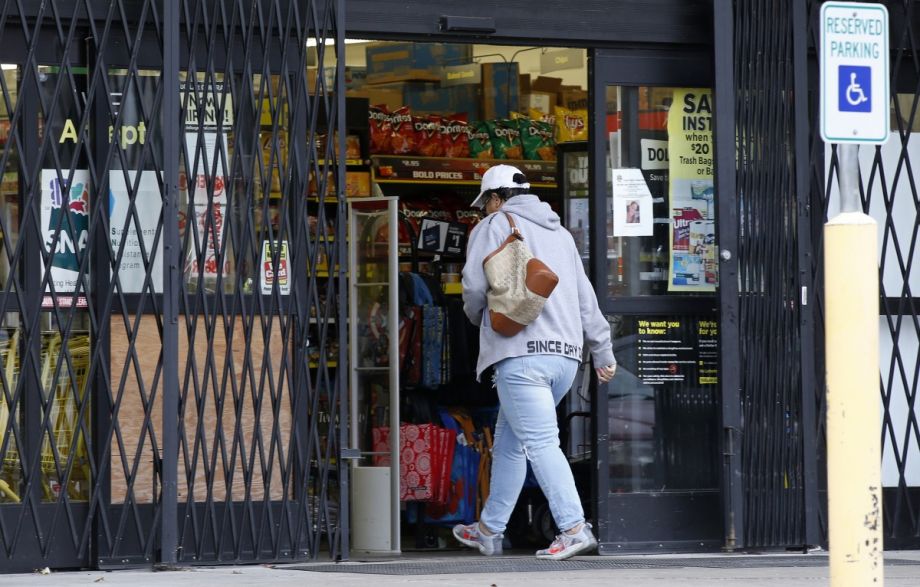 Vanessa Hall-Harper grew up in the predominantly-black, northern part of Tulsa, Okla. It was once home to one of several “Black Wall Streets” that sprouted up across the country during the Great Migration. A white mob decimated the area in 1921, killing some 300 people and torching more than a thousand buildings over the course of a few days. Today, there is a 14-year gap in life expectancy between African-American neighborhoods in Tulsa and wealthier, whiter areas.

While representing the area in city council since 2016, Hall-Harper has been doing battle with a new sort of mob.

“We have gone through some neighborhood planning, and one of the things we have constantly said is that we don’t want any more dollar stores. We want some more retail options, particularly those that offer quality groceries,” she says. “I don’t have a grocery store in my entire district … That’s all we’ve seen by way of development is these damn dollar stores.”

New research from the Institute for Local Self-Reliance confirms Hall-Harper’s experience — and it’s not just in Tulsa. The institute found that dollar store chains Dollar General and Dollar Tree (which in 2015 acquired the Family Dollar brand) have expanded from roughly 20,000 to 30,000 locations across the country in the past 7 years. In Tulsa, Family Dollar’s website lists 19 stores while Dollar Tree shows 12 locations — and the institute’s maps of Dollar Stores in Tulsa suggest that the locations correlate more closely to race and African-American communities than to economic status.

“Dollar stores are really becoming a threat in a lot of areas in terms of eliminating access to fresh foods,” says Marie Donahue, who led the dollar store research at the Institute for Local Self-Reliance. “These are places that had been left behind and where Wal-Mart and other big-box chains had come in — maybe not immediately into that community, but certainly in the vicinity, and then pulled business away.”

There’s a continuing pattern of big box stores coming in and pulling away from predominantly black areas, like the South Side of Chicago, where Target’s recently announced store closures are roiling several neighborhoods.

The Institute for Local Self-Reliance’s research suggests that dollar stores are just successful enough to eat away the traditionally narrow margins at grocery stores, but without carrying the same assortment of both processed and fresh foods.

To fight back, Hall-Harper adopted an “inside-outside” approach.

“I hold regular town hall meetings, monthly. When this was going on, I engaged the community even more to make them aware, giving them the facts, giving them statistics,” she says. Her aim was to inform her constituents what they could do, what tools were at their disposal — like zoning and land use policy.

“It was very engaging, empowering the citizens with information. It was something we hadn’t had in our community in a long time,” Hall-Harper says.

On the inside track, in Spring 2017 Hall-Harper requested a six-month moratorium on new development in her district in order to study the options. On the outside track, constituents mobilized, packing meetings and protesting on the street.

“Basically, the community really stood up and fought for this. It got very messy,” Hall-Harper says. “Some of my fellow councilors were called racist. It was a hotly contested issue.”

The city council adopted the moratorium by a contentious 5-4 vote in Aug. 2017, just a few days before Labor Day. She found an ally in Tulsa’s young, Republican mayor, G.T. Bynum.

“He does understand and acknowledge what a lot of communities in this city face, and he is concerned and dedicated to trying to address those issues,” Hall-Harper says. “So, he got a lot of negativity and push back from his party.”

Seeking a permanent solution, Hall-Harper pushed for a “dispersal” ordinance to restrict the opening of new dollar stores in North Tulsa. The Tulsa Metro Area Planning Commission, in its advisory capacity, voted 7-3 against it. A local newspaper opposed the measure with an editorial.

Hall-Harper and her neighbors kept pushing. In April 2018, the dispersal ordinance passed on a 5-2 vote (with two councilmembers absent), creating a “Healthy Neighborhood Overlay” that, within the three neighborhoods recognized as North Tulsa, requires any new dollar store to be beyond a one-mile radius of any existing dollar stores. The ordinance also halves parking requirements for any new grocery stores inside the same neighborhoods, as an incentive for grocery store development.

In spite of the success, a new dollar store has opened just outside of the boundary drawn by Tulsa’s Healthy Neighborhood Overlay regulation. “If anyone is able to do anything stronger, I would love to know what that is,” Hall-Harper says.

Hall-Harper also wants to help others. “I’m open to sharing any and all information that I can with anybody facing these issues,” she says.

New Orleans is one place that has taken Hall-Harper up on her offer, and its City Planning Commission recently published a study on small-box retail diversity.

Meanwhile, a new Save-A-Lot franchise is moving into North Tulsa, operated by Honor Capital, a veteran-owned company with a mission to “bring healthy, fresh food to under-served communities.” Headquartered in Tulsa, Honor Capital has 10 stores in multiple states including three in Oklahoma and two in neighboring Kansas.

“The community wants an aesthetically pleasing store, something they can take ownership of,” Hall-Harper told the Institute for Local Self-Reliance. “That’s a big piece of why I like Honor Capital; they work with the community.”