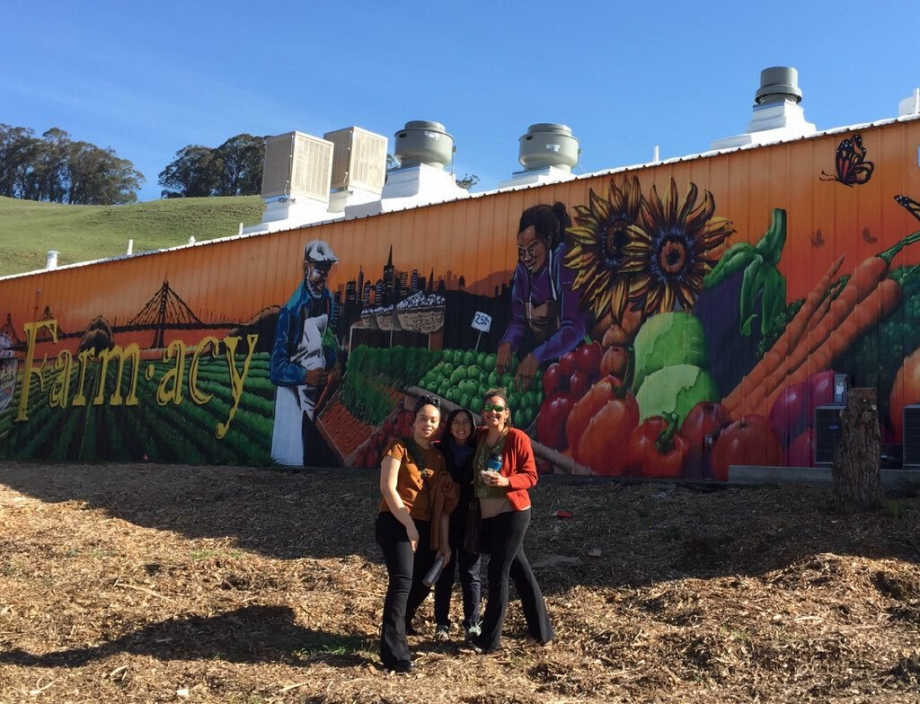 To feed the number of people inside — for example — a hospital network, companies rely on a few massive food suppliers who, in turn, rely on cheap labor. Transitioning the supply chain to meaningfully include local farms, with a priority on living wages, won’t just take a shift in resources — it’ll require a full-scale rethinking of the procurement and investment process.

The Anchors in Resilient Communities (ARC) collaborative was founded in 2013 to figure out how Bay Area anchor institutions like hospitals could aggregate their purchasing power to transform the health, wealth and climate resilience of the East Bay. Over the years, that work evolved to address challenges presented by large-scale food procurement.

And that process now has a home: the Union City Culinary Center, which opened this January about 20 miles south of Oakland.

The center is a large-scale food production facility — vendors supply raw ingredients, and the facility produces up to 50,000 meals daily for distribution to hospitals, schools, universities and retail customers throughout Northern California. It’s the result of years of collaboration between ARC, the center’s owner and operator FoodService Partners, and anchor institution Kaiser Permanente, which has a goal to purchase 100 percent sustainable and local food by 2025.

This work emerged from the Healthy Food in Health Care Program, an Oakland program run by one of ARC’s partner institutions. “We were focused on the internal operations within food service in hospitals, doing a lot of work promoting seasonal menus and figuring out vendor relationships,” says Lucia Sayre, the director of regional innovation and community resilience for the program. The next step, after the passage of the Affordable Care Act, was prompting hospitals to look “beyond their four walls,” as Sayre puts it, in the goal of building community health, wealth and climate resilience.

By 2016, ARC was making plans to support the development of a new culinary center and build a “healthy, community-owned food value chain” around it, says Sayre. In securing CDFI funding for the project, a community benefits agreement was put into place including conditions for local and sustainable sourcing practices, local hiring and a community ownership option down the line.

“It was a very active collaboration with community events and learning sessions of what we were aiming to bring to the region,” says Meghan Therrien, director of sustainability and procurement for FoodService Partners. ARC served as a crucial intermediary in a region with deep roots in the food justice movement: “We weren’t there to steamroll what the community was already doing,” Therrien added. “Since we didn’t have a current presence there, it was a delicate conversation.”

The collaborative assessed the supply of “hyper local” producers with a focus on farms led by and supporting marginalized populations. ARC formed partnerships with two separate entities. The first, Dig Deep Farms, is a social enterprise alongside a food hub built by the Alameda County Sheriff’s Office and Deputy Sheriffs Activities League, which hires and trains formerly incarcerated people. The second, Oakland-based Mandela Partners, is a nonprofit operating the Mandela Produce Distribution food hub to support local, limited-resource farmers.

“It is really hard for small farmers, as well as farmers of color, to navigate institutional procurement,” explains Elyse Rainey, the economic inclusion manager for ‎ARC’s partner organization Emerald Cities Collaborative. For a year this group dissected challenges of increasing procurement from farms within Dig Deep and Mandela’s network, as well as scaling Dig Deep and Mandela’s production for a food center designed to distribute thousand of meals a day.

This work helped the group identify obstacles when it came to aligning safety regulations, production and packaging procedures. “Basically everybody at the table had to learn a different way of working,” Rainey notes.

The “elephant in the room” came down to fair pricing, she says. “The prices that our anchor vendors have space to pay in their budgets, versus the prices that our local farmers need to be economically viable, the variance has been too great to overcome.” ARC stakeholders want the partnership not only to support local farms and farmers, but the ability for those farms to pay employees a living wage. “We want to get out of a dynamic where it’s a gesture or charity,” says Rainey. “It’s really about creating a stronger, more inclusive regional food system and increasing access to institutional procurement contracts in a real way.”

ARC faced a tough reality, again and again: “Our food system is not set up for small farmers or farmers of color,” Rainey says.

Dig Deep Farms and Mandela Partners are not yet sourcing to the culinary center. Everyone says they need more structural changes to the current procurement system to move forward.

“Local and sustainable sourcing from BIPOC farmers is a core component of FSP’s [FoodService Partners] community benefits agreement but this was not translated into specific metrics or dollars, and as a result, we have not been able to shift the conversation structurally,” Mandela Partners said in a statement. “In essence, there is a want to uplift these principles but only if they align with pricing and sourcing systems of conventional distributors and a conventional market that does not serve farmers, farmer-workers, or the environment.”

One big, lingering question is how, or whether, Kaiser will shift its procurement budget to meet its 2025 food purchasing goal. In a written statement provided to Next City, Kaiser said, in part, “Kaiser Permanente works with Food Service Partners to provide meals to our Northern California patients. Food Service Partners is committed to providing sustainable and affordable food under the Anchors for Resilient Community (ARC) philosophy and in alignment with our goal to buy all our food locally or from farms and producers that use sustainable practices by 2025…Kaiser Permanente will continue to engage local food growers and producers to create mutually beneficial outcomes for all parties involved.”

Therrien, at FoodService Partners, acknowledges the work reached a point in which the team needs to “re-evaluate the finances that are available to us for the next step.” She adds: “we’re trying to get creative as well — if we’re understanding how much [food] costs in the community, we can really build that into our planning and menu structure.” One example she put forth was a shift to more plant-based meals.

Rainey and Sayre believe this marks a significant shift for the pilot. “Our pilot, up until this point, has been about building awareness and know-how,” Rainey says, stressing that such active learning and skill sharing has been essential to moving forward. “Now we have to shift to accountability.” ARC is developing accountability metrics to collect data and benchmark progress now the culinary center is open.

ARC has still made an impact upon the center’s opening. It will bring 150 living-wage union jobs for East Bay residents. In line with ARC’s commitment to climate resiliency, the building features a net-zero greenhouse gas CO2 refrigeration system, on-site solar power and energy-efficient cooking equipment.

ARC also hopes to build a “community capacity fund,” according to Sayre, in which investors provide capital for small farm producers to scale their infrastructure. “It’s about having some funding available to help communities ramp up to the institutional markets,” she says.

The culinary center has capacity to provide meals to anchor clients beyond Kaiser, meaning more partnerships for ARC to invest in and advocate for different pricing structures. “This isn’t about one-off contracts, or attempts that don’t move toward sustainable change,” Rainey says. “The idea is that if we can prove a model that works, we can save other communities so much headache and heartache.”