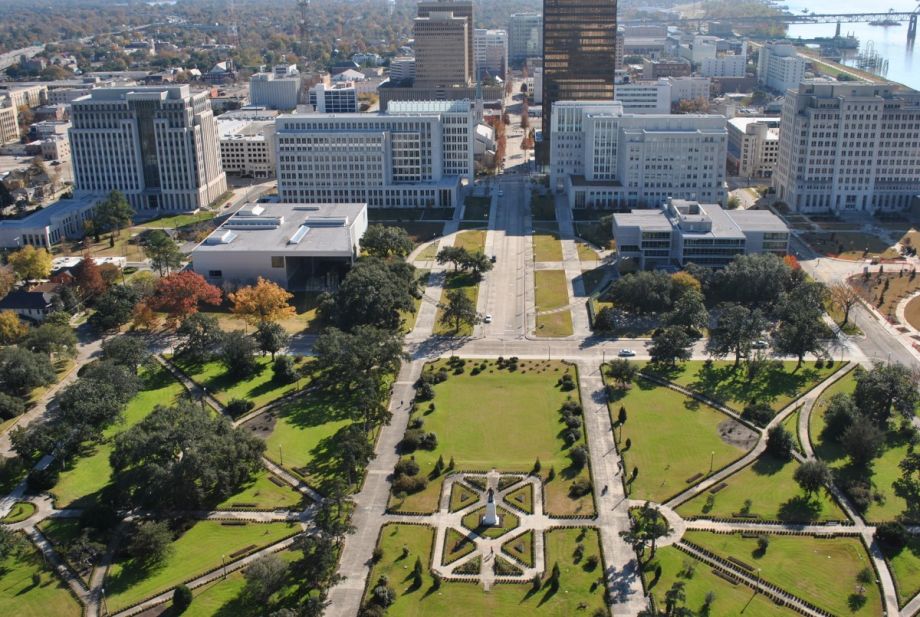 Baton Rouge Opts for More Bang for the Buck

Elections have consequences, as we all know. One consequence of the 2016 mayoral election in Baton Rouge surfaced in February of this year: one of former Mayor-President Kip Holden’s pet projects, a three-mile modern streetcar line linking downtown Baton Rouge with the Louisiana State University campus, was officially buried that month by his successor, Sharon Weston Broome.

This past week, local officials revealed what they want to see in its place. The Advocate of Baton Rouge reports that a longer, 10-mile bus rapid transit line connecting the two and extending further into north Baton Rouge was formally presented to the Capital Area Transit System board at its monthly meeting. The line will terminate at a future transit hub near the site of the former Earl K. Long Hospital.

Local officials estimate that the new bus rapid transit line will cost between $40 million and $50 million to build. An article in the Greater Baton Rouge Business Report states that East Baton Rouge Redevelopment Authority President and CEO Chris Tyson said the line could begin service as soon as five years from now. But before that happens, the project would need to undergo its own Federal environmental review and run the Federal funding gauntlet. Federal funding could pick up as much as 60 percent of the line’s cost. While Federal Transit Administration support for this replacement is not certain, there is precedent for its moving previously committed support for a canceled project over to a new one.

Metro Report International reports that the Canadian government has committed CA$1.53 billion (US$1.2 billion) towards an all-new third light rail line for Calgary, the largest city in Canada’s Prairie Provinces.

The Federal funding will cover one-third of the projected CA$4.65 billion (US$3.64 billion) cost of the first phase of the Calgary Green Line, a 46-km (28.6-mile) light metro that will nearly double the size of the existing two-line C-Train system. The amount is the largest the Canadian government has ever committed towards an infrastructure project in Alberta.

Calgary had committed the funds in principle in July 2015, contingent on the city and province each coming up with a one-third share. The city did so in December of that year, and the province put up its share in 2017.

When complete, the Green Line will run from 160 Ave NE in the northern district of Keystone to Seton in the city’s southeast and have 28 stations. The 14-station, 20-km (12.4-mile) first phase will run south from 16 Ave N in Crescent Heights to 126 Ave SE in Shepard. This first phase will also include Calgary’s first subway tunnel, which will run 4 km (2.5 miles) between portals at 20 Ave N and MacLeod Trail SE, with four stations in between, three of them in downtown Calgary.

The Transcontinental Railroad it isn’t (either the American or the Canadian version). But officials in Canada’s national capital were apparently so pleased to mark the completion of the cross-city Confederation Line light rail route that they hammered a golden clip into place to secure the last section of track on what will become Ottawa’s first electrically-powered light rail line.

Railway Track & Structures reports that Ottawa and Canadian Federal government officials boarded a train at Tremblay Station on May 4 and rode it into the downtown subway tunnel. There, a few hundred meters west of Ottawa Station, they fastened the 169,940th and last clip into place.

“The excitement continues to build as we get closer to completing the city’s largest infrastructure project since the building of the Rideau Canal. Today’s milestone demonstrates the constant progress that is being made on this transit project, which will truly transform our city,” said Ottawa Mayor Jim Watson.

The 7.7-mile, 13-station Confederation Line will be turned over to the city of Ottawa later this year. OC Transpo will operate the route.

The ceremony took place the day after the Canadian government committed an additional CA$50 million (US$39.13 million) to an extension of the existing diesel-powered Trillium Line. The Confederation Line will replace the Ottawa Transitway bus rapid transit route through the city center, eliminating congestion and delays on the two streets Transitway buses use and increasing capacity.