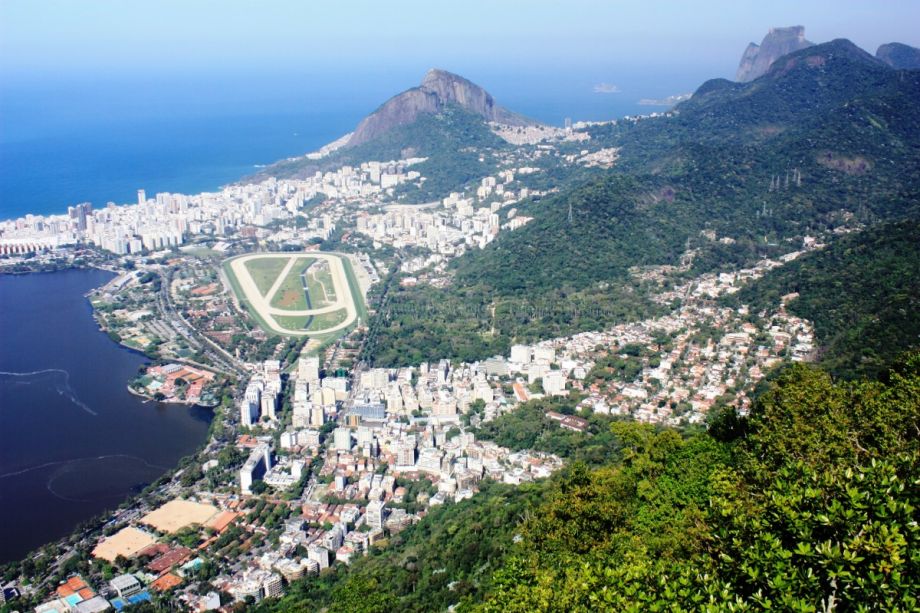 Rio de Janeiro's challenge in creating green space is one example cited in a new C40 report. (Photo by dany13 via Flickr)

When 175 countries signed the Paris Climate Agreement at a ceremony last month, they affirmed their commitment to work toward emissions reduction and other pro-environmental targets. What about cities and their officials, who played such an unprecedented role at COP21 last year and have proven far nimbler in responding to climate change’s threats, but lack the authority of nations? Two new analyses, released Thursday by C40 and the Compact of Mayors, examine the barriers cities face to taking climate action, with a particular look at how much power cities wield over their building sector. With nearly three-quarters of urban greenhouse gas emissions generated by buildings, the potential for reductions within this sector is high, but cities are often limited in their ability to mandate strong standards because of insufficient authority or lack of financial capacity, political will, data, information or public support.

The Compact of Mayors’ report underscores a simple truth: The amount of power a city has to effect change impacts how much action it will take. For municipal-owned buildings, for example, over which cities face fewer barriers to act, cities reported taking 70 percent more action to stem emissions than over privately owned buildings. The more authority cities can be given over the building sector — including commercial, industrial and residential — the more rigorously cities can meet climate protection goals.

But an increase in local control couldn’t do away with every barrier. The C40 report identifies six main challenge themes standing in the way of city action: 1) the relationship between a city’s authority and the authority of different levels of government, including national and international; 2) the structure, culture, priorities, planning, decision-making and financial practice within city government; 3) the need to communicate the costs and benefits of engaging in pro-climate actions; 4) engaging and collaborating with stakeholders in and outside of government; 5) forging an effective working relationship with the private sector; and 6) funding climate action.

Because national and regional governments set the boundaries within which cities have authority to govern, city officials told C40 that coordinating — or failing to coordinate — with other levels of government was one of the largest challenges they face. “The biggest barrier is that we are not aligned,” a Melbourne, Australia, representative is quoted saying in the report. “We can’t achieve our goals without [being] aligned policy at state and city level.”

City reps also spoke of the challenge facing regional entities. Many city programs, particularly those based on natural resources like water supply, necessarily extend beyond city boundaries. Even when priorities within a region align, it can be difficult to coordinate coherent policies across administrative boundaries. One Amman, Jordan, official said, “There has to be consistency between policies and projects, but Amman has no legal influence on other municipalities. We need a regional entity.” The Jordanian city has also struggled to implement its bus rapid transit system because of the national government’s meddling and mismanagement of local financial affairs.

Climate-related actions also often necessarily reach across departments, like when green stormwater infrastructure is incorporated into street design. Collaboration among departments is thus crucial, but often difficult. The report looks to Barcelona as an example of good management. After extreme water shortage in 2003 required departments to collaborate in an unprecedented way, the city sought to formalize its crisis management approach. A new resilience-oriented department is now responsible for coordinating different city stakeholders around adaptation work.

Even when cities are collaborating well and capable of implementing climate projects, climate action is not always a top priority, particularly for the cities of the Global South, reports C40. Many officials still perceive a trade-off between climate adaptation and providing basic services or spurring economic development, and sometimes even see climate action as in direct competition with other city priorities. The report thus states it is crucial that cities be able to make a strong economic and social case for climate actions, backed up by evidence. With adequate data, they can make the case within the government and to the public that adaptation can often contribute to economic development, the provision of basic services, better health outcomes and other long-term benefits.

“Individuals and businesses often take action on the basis of cost and practicality,” said a Singapore representative. “For example energy efficiency and investment into clean energy have fairly large upfront costs but long-term economic benefits, once you quantify these and show the overall economic benefit then you will get greater buy-in.”

But officials also reported that data alone was not enough to get approval for action. To be compelling, data needs to be analyzed in a way that lessons can be drawn from it, or presented in ways that touch the audience. Poor communications training for city staff was identified as a challenge, as well as lack of control over messaging, a risk-averse approach to communication that prevents governments from being as open they could be, and poor understanding of what the audience values.

Social norms also play an enormous role in making communication effective or not. When 9 out of 10 people own cars in many U.S. cities, conversations about transportation can naturally bend toward ways to alleviate traffic congestion, rather than develop public transit. The city of Houston discovered the importance of tailoring message to audience while implementing its new bus rapid transit system, even ditching that name in official communications in favor of “dedicated bus lanes” when the fervor of the debate around new system made BRT a four-letter word. They also discovered that sometimes the message had to come from outside city government. Employers and businesses, for example, might be better suited to promote a switch to public transit among their employees and neighboring businesses.

That’s just one of the ways in which the private sector can be a potent partner in climate action. They can also be funders, investors, or service providers; they can design, build, operate and maintain projects, monitor and enforce policy, and more. Strict regulations around how cities interact with private entities — rules about procurement, for example — can hinder partnerships, cities reported. A Johannesburg, South Africa, representative said, “The contracting becomes very difficult in the sense that our municipal finance is not very flexible about how we can contract. The third party contractor may want to do off-balance sheet funding, which we are not able to do.”

The report suggests cities need to increase interaction and familiarity with private sector actors, learn to communicate better about benefits to the private sector from public sector collaboration, and increase the capacity of the city government to incubate green businesses. Washington, D.C., was held up as an example, with its new Office of Public Private Partnerships, as a city working to increase understanding of these opportunities.

Funding offers another major opportunity for private actors to contribute to public projects. Not only did cities report challenges in financing climate actions, but they also said they struggle to accurately cost and scope projects, to understand what business considerations would encourage private sector investment, and to design projects that are financially self-supporting, and could even yield a profit. Only 1 in 5 C40 cities reported being able to borrow from the state, and only 1 in 4 can issue municipal bonds. The report indicated that instead cities in emerging economies are turning to the private sector to finance projects, while cities in developing nations are more often receiving support from international development and environmental agencies.

The report concludes by reiterating both C40’s and the Compact of Mayor’s conviction that cities be permitted to lead from the front through greater authority and greater collaboration. “Whether between levels of government; departments within city administrations; with the private sector; finance institutions or between mayors and urban citizens, barriers will only be overcome through mutual understanding and shared ambitions,” reads the report.