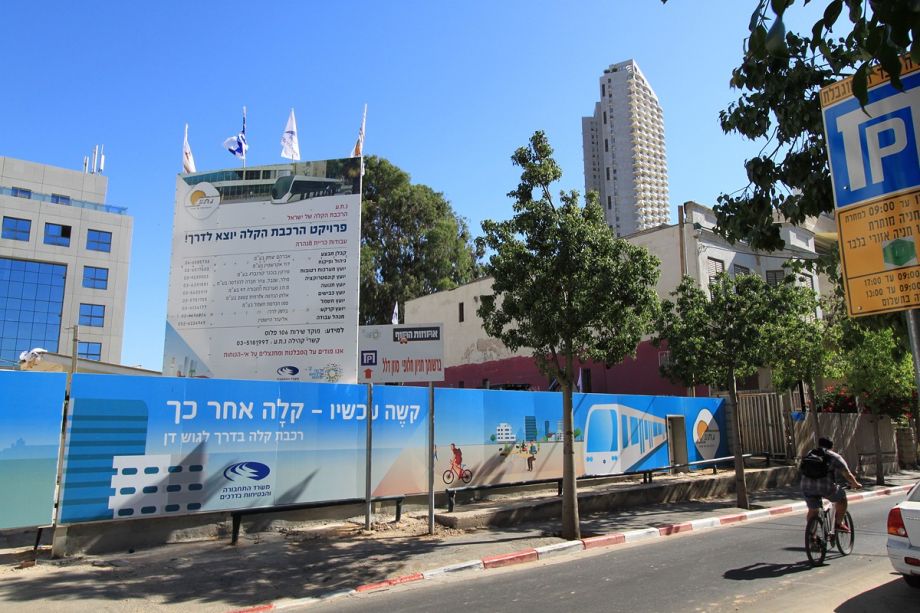 Politicians Spar Over Running Tel Aviv Light Rail on the Sabbath
The mayor of Tel Aviv, Israel, has gone on record as in favor of running the city’s new light-rail line, now under construction, on the Jewish Sabbath, which begins at sundown Friday and ends at sundown on Saturday.

According to an article in Yeshiva World, this puts him at odds with both orthodox Jewish religious leaders and Israel’s transportation minister.

At a ceremony where system operator NTA Metropolitan Mass Transit System Ltd. displayed a model of the cars that will ply city streets starting in 2021, Mayor Ron Huldai said, “There is no way that we can run a project of this size without operating it seven days a week and giving the public the opportunity to travel the city on Shabbat as well.”

Huldai said that technology already exists to allow the cars to operate without drivers, which would make the light-rail lines more like “Shabbos elevators,” which are permitted to run on the Sabbath.

The mayor’s remarks drew a sharp rejoinder from Israeli Transportation Minister Yisrael Katz, who said, “I most likely will no longer be the transportation minister [when the line opens], but I can assure you that you will need to follow the rules of the Ministry when you make the decision to run the light rail on Shabbat or not,” he said.

Huldai blamed Katz for the total lack of Sabbath transit service in the city as it now stands; Katz said he was simply acting in accordance with government guidelines and court decisions governing the operation of machines on the Sabbath.

The article predicted this issue would prove to be the next big battle between orthodox Jews and their more secular counterparts.

Tunneling Begins on Barcelona Airport Rail Link
Work has finally begun on the crucial underground section of a 4.5-km (2.8-mile) rail link between Barcelona’s airport and its central railway station.

The International Railway Journal reports that Adif, the state-owned company that manages Spain’s infrastructure, is now at work digging out a double-track tunnel. It will have two underground stations, one for each of the airport’s two terminals. Currently, the airport is served by a single-track line that stops only at Terminal 2 on the airport’s north side.

A tunnel-boring machine is being used to excavate 2.8 km (1.7 miles) of the tunnel. Digging should be completed in six to seven months. The project cost is 285 million euros ($342.3 million U.S.)

First proposed in 2009 but delayed due to budgetary constraints, the new airport rail link is now 25 percent completed; work began in 2015.