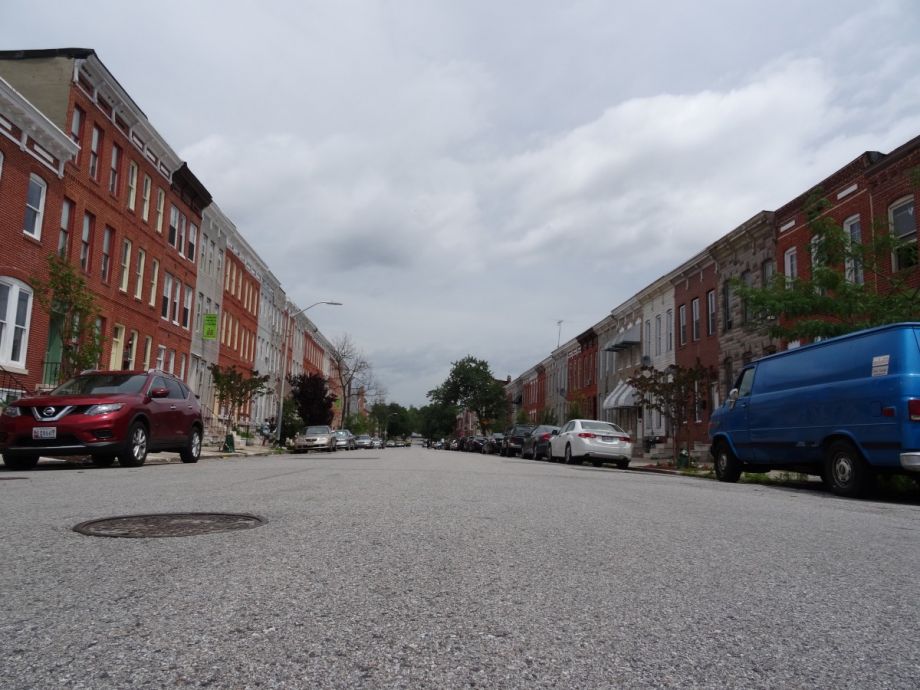 “I’m here to tell David when to say, ‘No’ to this deal or that deal, based on whether or not it will be good for the community in the long run,” says Baltimore resident Earl Johnson. “It’s a check-and-balance.”

Johnson’s a partner at Come Home Baltimore, a real estate development company working in East Baltimore’s Oliver neighborhood. He’s also executive director of the Come Home Baltimore Foundation, a nonprofit arm created to coordinate and liaise with resources in the community. “David” is David Borinsky, Come Home Baltimore’s CEO. The two met when Johnson and his wife purchased one of Borinksy’s custom-built homes in Oliver in 2010.

“We started out as a company called ‘One Green Home at a Time’, doing LEED-certified stuff and it just wasn’t quite resonating,” Borinsky recalls. “People weren’t interested in it or didn’t know what it was, although it was nice for those that moved in that their energy bills were so low.”

Johnson’s involvement, at first as an informal adviser and eventually as a business partner, took Borinsky deeper into community relations. Cueing off of conversations at monthly meetings in Oliver and weekly informal happy hours organized by Johnson, the community’s own vision became a basis for reaching out to existing nonprofits or city agencies, enlisting them to provide services to neighborhood resident, as well as courting prospective homebuyers and other residents. It’s real estate development on the community’s terms.

“I was not involved in development. I was just an average resident,” Johnson recalls. “[Through David] I eventually got to meet some of the investors and I kinda sold them on the idea that if they want to make more money, if you want to sell houses, you have to correct the issues that’s around your houses first. Or at least do it at the same time.”

Because it’s been driven by the community, outreach to nonprofits and city agencies can seem a little ad hoc from the outside. There’s a group of local veterans known as The 6th Branch, who contribute a range of initiatives including an urban farm down the block from Come Home Baltimore’s office, which a few neighbors cited as their favorite part of Oliver. Johnson and Come Home Baltimore helped organize a weeklong blitz of door knocking and cleaning up vacant homes, in conjunction with the Baltimore Police Department and other city agencies. There’s a small informal, volunteer task force that is currently brainstorming ways to upgrade a liquor store on Franklin Street into something more family-friendly without necessarily displacing or running the current owner out of business. And now Borinsky and Johnson have been in talks to formalize a relationship with Strong City Baltimore (recently undergoing a name change from the Greater Homewood Community Corporation), a large local umbrella organization that coordinates the work of other area nonprofits.

Oliver has multiple blocks of completely or nearly empty row homes. Out of 2,726 housing units, 952 are vacant — 35 percent, compared with 19 percent on average for the whole of Baltimore, according to U.S. Census Bureau estimates. The reasons for that have been plenty and predictable — crime, drugs, criminal justice overreach, a changing economy resulting in the loss of previously stable jobs. When HBO’s “The Wire” needed a shooting location to represent “Hamsterdam,” the most drug-riddled, decrepit, neglected neighborhood imaginable, they couldn’t find it in West Baltimore where the series focused its action — they came to Oliver. (The city has since razed those blocks.)

Deep in the heart of Baltimore, Oliver is walking distance to the Inner Harbor and to the chic Fels Point neighborhood on the waterfront. You can see the Inner Harbor Fourth of July fireworks from its stoops. Yet Oliver is somehow still marginal — not quite in the downtown area, and just outside the catchment area of the EBDI partnership anchored by Johns Hopkins University (whose own struggles Next City chronicled in “The Great East Baltimore Raze-and-Rebuild”).

To sell Oliver’s vacant homes successfully, at market value, and create a racially and professionally diverse, economically integrated neighborhood, Johnson believes the community has to work closely with developers. And developers aiming to build equitably in neglected or distressed urban neighborhoods need to work with the community and not consider that part of the work a side project. The economic benefits can work both ways, the partners think.

The model shows promise: A 2013 Baltimore Sun article reports Oliver residents saying the neighborhood is finally turning around. And Come Home Baltimore has sold 32 homes since 2008, at prices now hovering between $200,000-$250,000, up from $140,000 on the first home Borinsky sold.

So why don’t more developers work this way? Baltimore-based lawyer Eric Hontz provides investment research and due diligence to broker-dealers on a variety of complex alternative investment products. He and his wife, a city employee, fell in love with Baltimore while he was pursuing his JD/MBA from the University of Maryland, where he also worked at a community development clinic while in law school.

“Business as usual for development or construction companies is suburban tract housing,” Hontz says of a huge industry with a lot of inertia. “But the close suburbs now are kinda filled, and you’re pushing further out and further out and further out. Now you have new developers coming in saying, ‘wait we’re missing a market here, there’s really valuable real estate close to the city and there’s millennials, people coming back to the city, there’s demand — and we have to do some things in the community to get the market price up.‘”

Convincing firms, especially banks, to embrace community-driven real estate projects will have to start with a few pioneers taking the risk to try new models for rehabilitating blighted urban neighborhoods. What Hontz likes about Borinsky’s model, selling the community instead of just houses, is that it is market-based. “David every day has that dollar sign hanging over his head,” Hontz explains. “He has people to pay, employees, contractors and investors. It’s a big incentive to really make that community a better place, and relatively quickly.”

For his part, Johnson is proud of what Come Home Baltimore has accomplished so far. “Of course it has to be balanced,” Johnson adds. “We don’t want to be a bleeding-heart nonprofit, and we also don’t want to be a greedy capitalist. You gotta find that happy medium. I don’t think anyone else has found the happy medium like we have.”