Baltimore Businesses Team Up to Address Economic Disparities – Next City 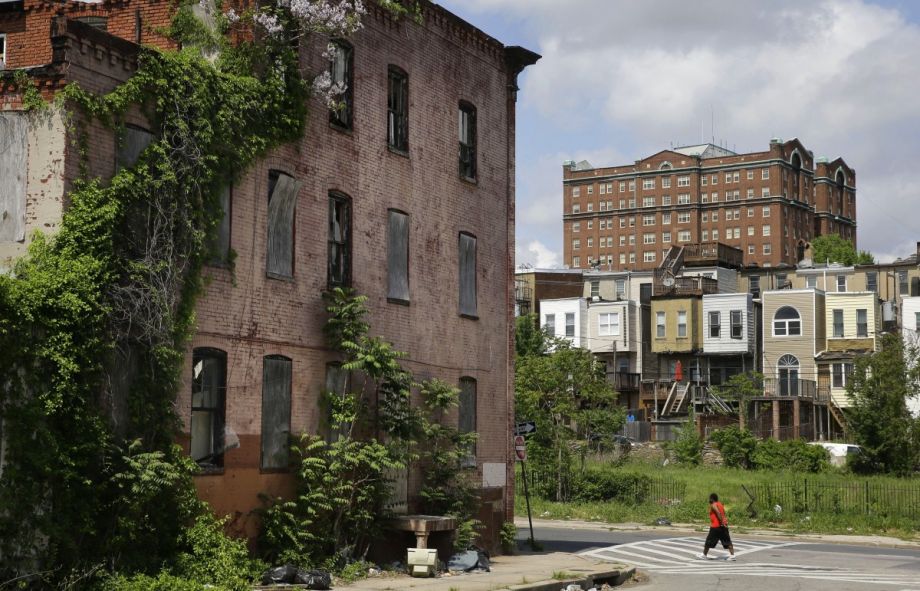 A man walks past a blighted building in the Penn-North neighborhood of Baltimore. (AP Photo/Patrick Semansky)

Amid social unrest last fall when Freddie Gray, a 25-year-old African-American man, was arrested and died in police custody, a bright spotlight shone on Baltimore’s vast economic disparities. To stimulate opportunities for the city’s minority-owned and women-owned businesses and residents from struggling neighborhoods, 25 of the city’s largest companies announced in April a plan to direct over $69 million toward that effort over the next three years.

Under the moniker BLocal — which is inspired by a Johns Hopkins University program called HopkinsLocal — partners like the Baltimore-based university, Under Armour, PricewaterhouseCoopers and Baltimore Gas and Electric Company (BGE) have promised to provide summer jobs to 336 youth and hire 162 people from distressed neighborhoods. BLocal is a response to the city’s vast unemployment, high-poverty communities, and challenges faced by ex-offenders seeking work.

Frank Kelly, who manages a procurement diversity initiative for BGE, says the collective strategy to increase contracting of minority businesses and hiring local residents is part of a long-term commitment his company has deemed necessary to help stimulate economic growth within the city.

“The commitment we’ve made as a company is to share our best practices to help smaller minority businesses navigate the processes of gaining large contracts with corporate and other private companies,” he says.

To date, Kelly says BGE has spent over $60 million with minority-owned suppliers in the region and will help BLocal track the results of its programs based on the number of invoices paid to minority contractors.

To help foster a pipeline connecting the 25 partners to minority contractors, BLocal has launched a series of free classes through the BUILD College program. From June to September, small businesses that have been operating in Baltimore for at least two years and have at least $250,000 in revenue are eligible to participate. Over the course of 13 sessions, those enrolled will delve into classes on how to read architectural drawings; bidding and legal/contracting considerations; project management; financial management/banking; human resources; bonding/surety; insurance; and safety and quality management.

Classes are taught by a network of industry experts and several BLocal partners. Jeff Hargrave is instructor. He started his commercial construction company, Mahogany Inc., in 1991, and specializes in general contracting services and architectural millwork. Johns Hopkins University was one of his first contracts. For the last seven years, Mahogany has been doing general contracting work with the university, which has allowed the business to grow significantly. Hargrave says his company revenues are $8 million to $10 million per year.

“The [BUILD College] program is so needed in the city. A lot of times, minority contractors have experience doing the work, but actually creating a company is first-generation knowledge,” says Hargrave. “There are things you won’t learn in the field. In the program, they’ll learn how to start a company, manage the paperwork and grow the capacity of your company, which is important.”

BLocal is by no means a silver-bullet solution to the city’s widespread barriers to employment for many minority residents. Partners agree, however, that coming together to leverage their assets in support of providing pathways to economic opportunities for residents will help to make the city stronger.

“HopkinsLocal is our comprehensive approach to leveraging Johns Hopkins’ economic power to do more to build, buy and hire locally,” Daniels said, according to university coverage. “Building on that promise, BLocal aims to help bolster a local economy, not on a project-by-project basis, but through a collective, deep-seated change approach.”