Baltimore Learns a Lesson in Complete Streets Planning – Next City 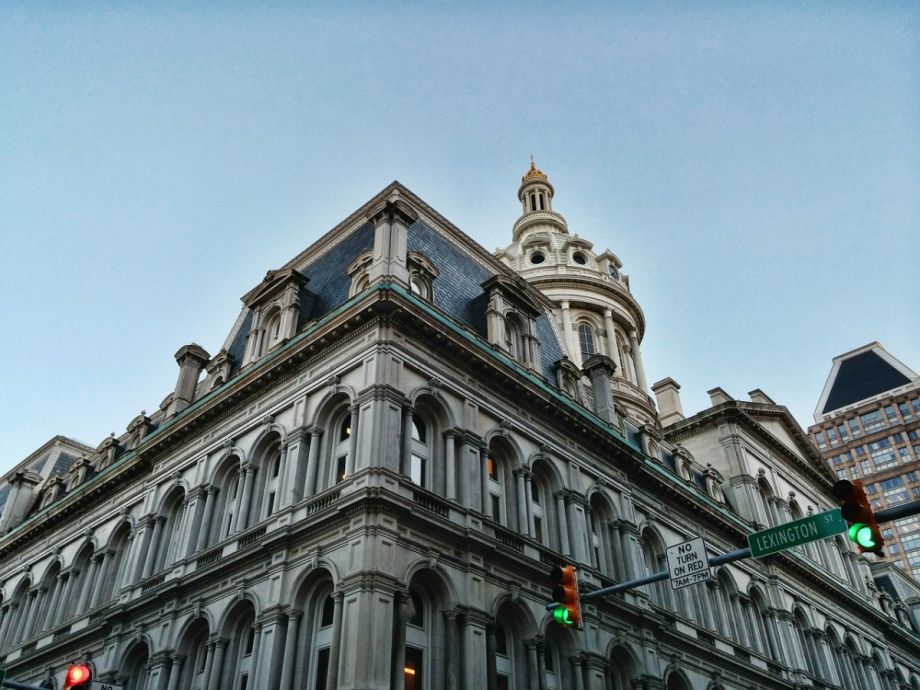 Like many cities across the United States, Baltimore has embraced “complete streets” design principles. The approach emphasizes moving people over moving cars and allowing all potential users of a road to use it safely.

The National Association of City Transportation Officials book “Urban Street Design Guide” lays out the complete streets philosophy and its design elements, and Baltimore, a NACTO member, turned to the guide as it sought to transform its thoroughfares from conduits for cars into bike- and pedestrian-friendly arteries.

So far, the city has given parts of two major arteries, Maryland Avenue and Roland Avenue, the complete streets treatment. But when it turned its attention to a third — Potomac Street, a north-south route that runs from Patterson Park to the waterfront through the Canton neighborhood on Baltimore’s southeast side — it tripped over a speed bump.

In contrast to the earlier efforts, the construction of a parking-protected bike lane on Potomac sparked an outcry from Canton residents. Among the complaints: The two-way bike lane was so wide that cars were driving and parking in it. The markings and barrier posts were confusing. Driveways would be blocked and parking spaces removed. Residents with some disabilities would not be able to get to their homes. The travel lane was now too narrow for emergency vehicles to make their way down the street.

That last one was also lodged by the Baltimore City Fire Department, which pointed to a provision in the city fire code that requires a 20-foot-wide travel lane for fire equipment.

The resulting uproar led the city to bring all the aggrieved parties and transportation planners together in a room on May 25 to hammer out a compromise that would address as many of the complaints as possible. The result of that meeting was a partial redesign proposal that would move the bike lanes next to the travel lane on the street’s northernmost three blocks, which are narrower than those to their south. On other blocks, the bike lanes would remain curbside with a buffer zone between them and the right-hand parking lane, but they and the buffer zone will be narrowed a bit.

Then last week, residents received a letter from the Baltimore Department of Transportation announcing a complete tear-out of the protected bike lane, according to the Baltimore Sun. The newspaper reported June 8 that the mayor’s office “said the administration will ‘restart the infrastructure design process’ on Potomac Street.”

All of this could have been avoided with a little forethought and better communication, according to both city officials and neighborhood leaders.

Before the news of the total do-over last week, James T. Smith Jr., the city’s chief of strategic alliances, wrote in a May 31 letter to Potomac Street residents: “The communications and coordination regarding this project left much to be desired. Had there been better communication internally and in the community, this situation could have been avoided.”

Canton Community Association’s Doug Kaufman admits his group could have done a better job of communicating as well, but adds that this misstep on the road to a complete street had many parents, starting with the city itself. “There’s a long history of poor transportation planning in the southeast portion of Baltimore City,” he says. “Over the course of a decade, there have been different studies done by different agencies attempting to solve the traffic congestion problem.”

One of the sources of the problem, he says, is the constrained nature of Baltimore streets and neighborhoods. “Even if we had the money, we have no public land on which to build a parking infrastructure, and we don’t have the land to expand the street grid, so we can’t build our way out of this traffic and parking problem,” he says.

Which is where the complete streets approach comes in. By adding features that make pedestrians and bicyclists feel safer and more comfortable, the goal is to reduce car traffic so that the existing street grid can handle it. “A lot of people do not feel safe riding in Baltimore,” says Kaufman. “Drivers don’t know how to deal with bicyclists, and bicyclists have to look out for drivers and people opening car doors. A protected bike lane encourages even novices to use the street, thus increasing bike lane use.”

But the way the city implemented the changes also caused confusion, he says. For Potomac Street, the city decided to phase in the various changes on the entire length of the street rather than implement all of them at the same time, as it had on a previous complete streets conversion. The painted lines and posts are, or were to have been, precursors to landscaped islands planted with trees that would form a permanent and unmistakable barrier.

Then there was the long lead time between when the city announced that changes were coming and when it finally made them. “Over a year ago, the CCA had a meeting to discuss this bike lane,” Kaufman says. “We had a decent number of people show up. Some were opposed, and they shared their thoughts. Then the city started rolling out information last fall, followed by signs saying ‘Don’t park here, because we’re going to do this,’ then no progress. Then more signs, then no progress. Then, in April, the city started making the changes.”

That was when the opposition went into orbit.

Ultimately, the party the transportation planners had to satisfy was the fire department. According to Smith’s May 31 letter, representatives from NACTO, which the letter characterized as “a national bicycle advocacy organization,” recommended that the city study the various provisions of the fire code closely to see where exceptions to the 20-foot rule could be made. (One example involves short blocks where the fire department can deploy equipment at the end of the block and run hoses to the fire site.) After all the alternatives had been considered, Smith wrote, it was still not possible to keep the original configuration of the bike lanes.

In the long run, Kaufman suggests the Baltimore City Fire Department also consider another alternative: more compact vehicles, particularly ladder trucks. But he stresses, as the city apparently did not, that the first pass at the Potomac Street bike lanes is supposed to be a trial run to see how well they work. “I think it took a while for people to figure that out,” he says. “The signage was bad, the communication was bad, but now it’s been effectively solved.”

UPDATE: A legal team supported by local bike advocacy group Bikemore has filed a temporary restraining order to stop the removal of the Potomac Street bike lane. In a statement, the group said that the city’s decision to remove the lane “jeopardizes significant federal transportation dollars and puts at peril plans to build a safe, comfortable network of separated bike facilities citywide.”