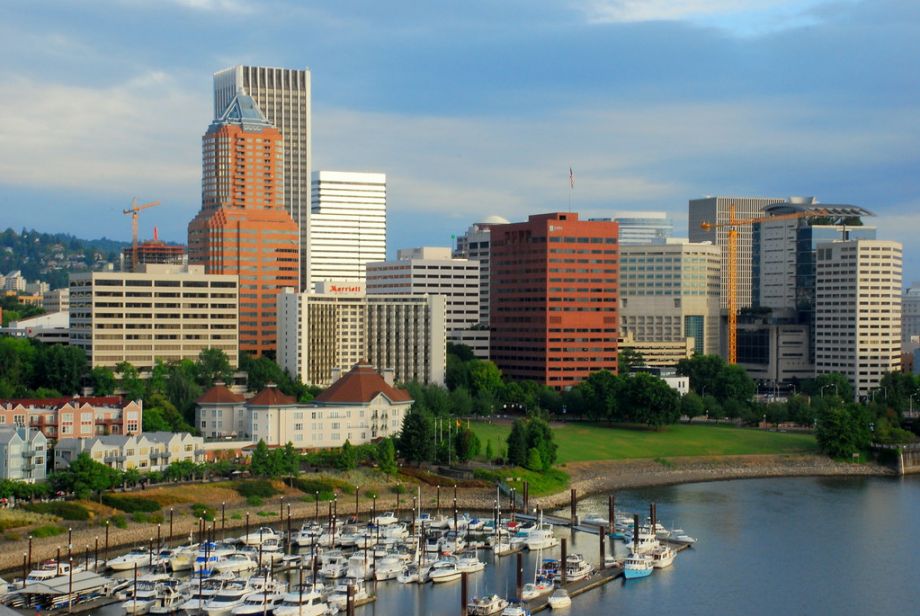 Oregon’s cities are experiencing the same housing issues as other metros. According to the Bureau of Planning and Sustainability, Portland needs to build between 3,500 and 4,500 housing units per year to accommodate population growth.

A new state bill, HB2001, would increase the number of homes in densely populated cities and allow for the development of duplexes, triplexes, fourplexes, and cottage clusters, reports The Oregonian . The bill would effectively end single-family zoning — laws that restrict developers from building multi-family or “missing middle” housing.

The bill could provide affordable housing where it is sorely needed. It could also add diversity to single-family residential areas.

“The origins and the purposes of exclusionary single-family zoning have often been not only classist but very explicitly racist,” Lisa Bates, an associate professor at Portland State University, told Oregon Public Broadcasting.

But not all Oregonians see eye to eye. Portland resident Elizabeth Deal says, “This bill is a blatant land grab to allow developers to outbid families who want their starter homes so they can build their own wealth,” reports Builder, a trade publication serving the building industry.

Skeptics of the bill predict that developers will build luxury duplexes and townhomes because the bill has no affordable rent requirement.

The Oregon House passed the bill, advancing it to the Senate. However, GOP senators have blocked the bill by failing to show up to the Senate floor, reports the Willamette Week.

How Google’s Trying to Preempt Displacement Concerns in San José

Google’s new San José campus could bring in over 20,000 jobs. But Google could also bring higher housing prices, and residents have raised concerns that the site will drive up homelessness and displacement within the city.

San José, like much of Silicon Valley and the Bay Area, has already been experiencing a severe housing crisis. Santa Clara County, home to San José, has failed to match housing growth with economic growth. The region’s jobs have increased by nearly 29 percent since 2010, while housing stock has increased by less than 6 percent, reports Smart Cities Dive. But those jobs aren’t reaching all residents equally. About a third (34 percent) of neighborhoods in Santa Clara County have experienced displacement and gentrification, as rent prices have risen three times faster than median wages from 2010 to 2017.

And Google hasn’t even arrived yet.

According to a recent report by Working Partnerships USA, Google’s downtown San José expansion could cost renters $235 million each year. Increased rent would disproportionately hurt minority communities in San José. However, the report predicts that Google can circumvent community displacement and rising rent prices by subsidizing the development of over 12,000 market-rate housing units and over 5,000 affordable homes.

In fact, Google pledged this week to invest $1 billion to address the housing crisis. That $1 billion will build just over the recommendations in the Working Partnerships report: 15,000 market-rate homes and 5,000 units of affordable housing, CEO Sundar Pichai said in a press release.

Google plans to use the investment in three ways, reports San José Spotlight. The company plans to offer $750 million of its privately owned land for new housing development (retaining ownership of the land, however), create an investment fund for affordable homes, and issue grants to aid organizations dedicated to reducing homeslessness and displacement.

With only 15 percent of the population owning their homes, Berliners are renters, and the city — and its renters — are facing a recent housing crisis. According to the BBC, rent prices have doubled in the last decade, with rates rising 7 percent in just the first quarter of this year.

On Tuesday, Berlin’s city government agreed to freeze rent rates for five years — a major win for renters in the city who have watched rent prices rise nearly every year. The Berlin Senate plans to send the bill to the city’s parliament by October 15. The bill is expected to take effect in January, reports the New York Times.

In the meantime, the five-year freeze will apply retroactively, to ensure landlords don’t rush to raise rent before 2020, senator for housing development Katrin Lompscher told the Times.

This decision comes after many demonstrations demanding rent relief. Activists have been collecting signatures for a referendum that would force Berlin to reclaim private property for affordable social housing, reports Bloomberg. On June 14, the Irish Times reported, the activists turned in more than 70,000 signatures supporting the referendum — they needed only 20,000 to ensure it a place on an upcoming ballot.

Unfortunately, the rent freeze does little to increase Germany’s affordable housing options. Germany will need to build 350,000 homes every year to decrease housing shortages that affect the country’s biggest metros.

Bloomberg predicts the rent-freeze plan could set a precedent for the rest of Germany, which has the lowest proportion of homeowners in the EU.