Back on the Rails – Next City

Back on the Rails 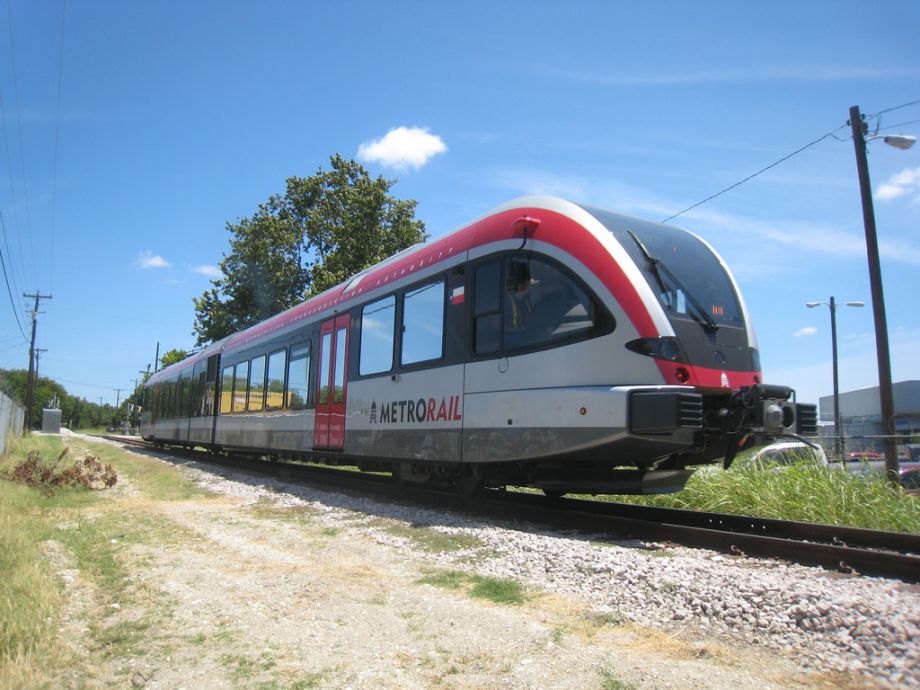 The crowds have all gone home, awards announced (Tiny Furniture took Best Narrative Feature), and, with South by Southwest over for another year, Austinites are back to normal – almost. On Saturday, March 27th, the city’s Capital Metro launched a new passenger rail, the city’s first urban rail since it shuttered its streetcar service in 1940.

CapMetro’s new RedLine runs some 32 miles and makes a total of nine stops from Leander to the Downtown Convention Center. Although modest, the line is a first step for the city’s Cap Transit’s long-range public transit plan, All Systems Go, which envisions significantly expanding the city’s bus and rail service. CapMetro has even produced a non-ironic video for YouTube explaining how and where to ride.

The most important aspect to RedLine, though, may be that it symbolizes progress – finally. The city’s public transportation advocates have been lobbying for urban rail since 1970. Given that during World War II the city sold its streetcar rails for scrap, and even paved over the places where they had been laid, urban rail enthusiasts had a long way to go.

But the future of mass transit in the area is not set. As CapMetro’s Adam Shaivitz points out, “funding is a huge issue.” The $90 million RedLine is a scaled-back version of one voters rejected back in 2000, which had called for a 52-mile service costing $1.9 billion that would have put rails on most city streets. (The RedLine is so cheap because its cars run on preexisting freight track – which is still used for freight. Although a good idea in principle, federal law has stiff regulations on mixing freight and passenger traffic, and so seriously limits the times when passenger service can actually run.) And even for all its modesty, CapMetro had significant difficulty getting RedLine off the ground; the opening comes almost two years following original projections. Still others have speculated whether the service will make any difference on the city’s often gridlocked traffic, and if ridership can meet CapMetro’s predictions of 2,000 rides per day. (So far, it has.)

For now, though, Austinites seem cautiously optimistic about passenger rail. In a column for the Austin American Statesman, Ben Wear writes of an early trip on the RedLine wherein a carful of passengers began a praiseful rendition of “This Little Light of Mine.” The image of commuters
united under the joyful umbrella of public transport – can anyone imagine this in New York? Boston?