New Study Shows Boomers and Millennials Agree: Invest in Our Cities – Next City 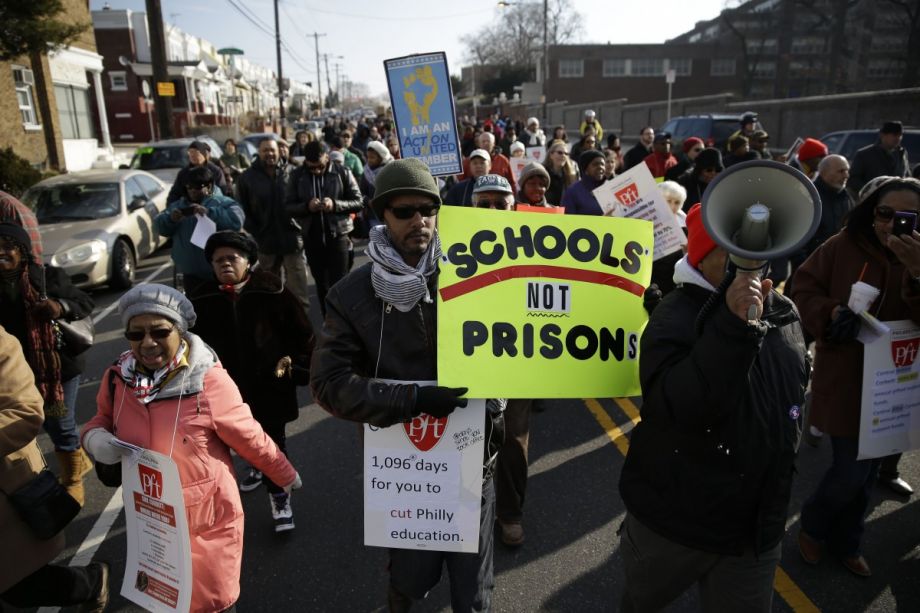 A new study from the American Planning Association (APA) polled equal numbers of millennials and baby boomers to find what exactly they want in cities. And, well, despite what magazines tell you about how at odds these generations are, they largely agreed. They “want cities to focus less on recruiting new companies and more on investing in new transportation options, walkable communities, and making the area as attractive as possible.” Both generations also want municipalities to invest in education.

Of course, the more attractive a city is, the more people will want to live there. This is a sort of self-evident statement. And the way this data fuels placemaking advocacy may make the always excellent economic geographer Jim Russell shudder. “I think the theory behind placemaking is fundamentally flawed, and that’s because it’s place-centric as opposed to people-centric,” he told Next City in September.

Still, some argue that placemaking is the most important tool in the economic development shed.

Moreover, millennials and boomers have lost all confidence in the nation’s economy. (This makes sense. The 2008 recession meant post-college millennials entered a brutal job market, and boomers went to work every day with the fear that their job was on the line.) There is, however, more faith in local governments and development than there is in Washington.

As these APA study charts show, both generations feel more confident that the local economy will get better in the next five years as opposed to the national economy. 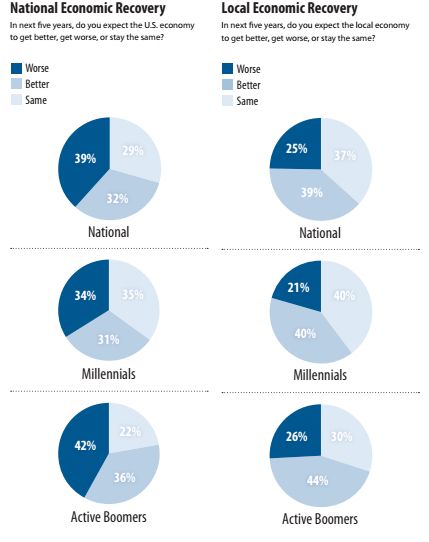 The more you look at the data, it seems that both millennials and baby boomers are interested in some form of social equity. They want better access to transit and more money invested in education—which two-thirds of respondents feel is a better way to grow the economy.

I think there’s a happy medium here. Cities can’t focus on placemaking as the silver bullet for economic development. The revitalization of Campus Martius in Detroit sure is lovely for all the people who live and work downtown, but it hasn’t made Detroit a better city for all its residents. That’s why I find the study’s emphasis on education the most promising. “Anytime we asked about the amenities that people want, education was always very high on that list,” Jordan said. By investing in education and workforce development, a city is grooming the next generation in the hopes that they can retain that talent. Giving them better access to transit wouldn’t hurt either.