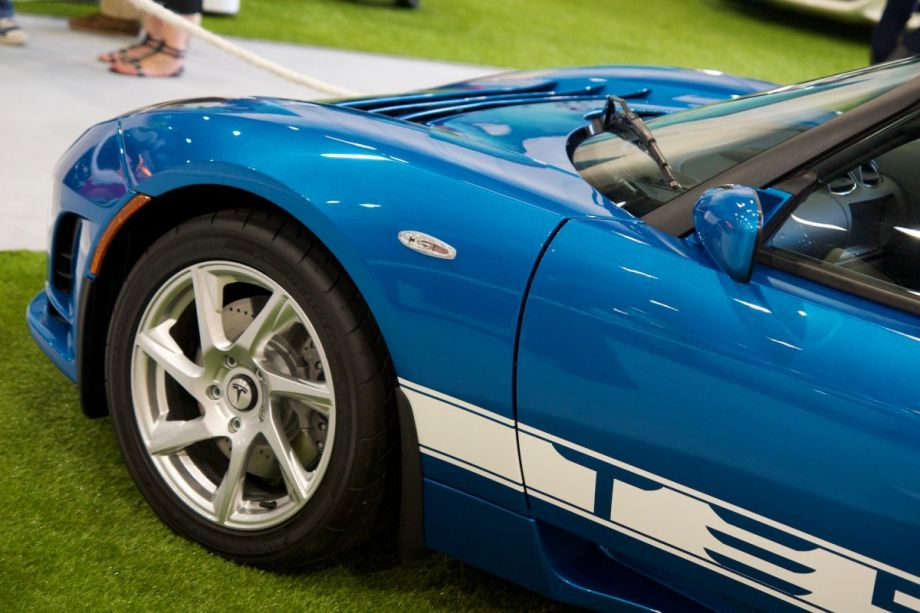 Welcome to “The Mobile City,” our weekly roundup of noteworthy urban transportation developments.

President Joe Biden has spent just about all of his first month in office working to remove all traces of Trump policy in a wide range of areas, from foreign affairs to immigration to the environment to transportation. Those last two items are intimately linked, as transportation vehicle emissions make more than a non-trivial contribution to greenhouse-gas buildup. The majority of those emissions come from cars and trucks, and the administration has set as one of its goals making the nation’s transportation system a net-zero-carbon emitter.

The auto industry had already indicated it was willing to go where the Trump administration wasn’t by forming the Alliance for Automotive Innovation last year. Now, that group has issued a statement saying it is committed to working with the Biden administration on its carbon-emissions-reduction goals, including making all the vehicles they produce emission-free.

Transit vehicles are headed in that direction too: even though the battery-powered electric buses now operating in a number of U.S. cities are having teething pains, interest in the technology continues to run high. Indianapolis had as its goal running its planned bus-rapid-transit network with all-electric buses before the local transit authority, IndyGo, canceled an order for more buses for extensions last year. But now, even the system extensions themselves are in jeopardy: a bill now working its way through the Indiana legislature that would penalize IndyGo and even ban future BRT lines if the current Red Line fails to meet revenue targets.

And speaking of revenue: Ever since the 1970s, a portion of the federal tax on motor fuel has gone towards building and maintaining mass transit infrastructure, and most states with large cities in them have also diverted a portion of their state gas taxes towards non-highway transportation. A Washington state legislator concerned about deteriorating roads now proposes the same thing in reverse: His bill would impose taxes and surcharges on bicyclists and mass transit riders to pay for road repairs.

Smart Cities Dive reports that the automobile industry has done an about-face on phasing out fossil-fuel-powered cars. A statement released by the Alliance for Automotive Innovation (AAI), a trade group representing automakers that produce 99 percent of the cars and trucks for sale in this country, puts the industry firmly behind the Biden administration’s greenhouse-gas reduction goals, which call for a faster transition to an all-zero-emission-vehicle fleet, according to the report.

The announcement also stated that the industry would pour $250 billion into developing electric vehicles through 2023. “Our goal is to work collaboratively with the administration to achieve greater environmental improvements than current requirements, sooner, while providing benefits for consumers, creating opportunities for job creation, and strengthening our nation’s economy,” John Bozzella, president and CEO of the AAI, said in the announcement.

One reason for the industry-wide commitment, the article states, is that backing the administration’s goals would promote a single nationwide standard for increasing the sale and use of zero-emissions vehicles. The report notes that Dan Bowerson, AAI’s director of environment and energy, told a meeting of the National Association of Regulatory Unility Commissioners that “a patchwork” of state requirements and goals “certainly makes things more difficult.”

However, California is already setting the pace for zero-emission vehicle transition: The state has set a target date of 2035 for eliminating the sale of emission-producing cars in the state. California-based Tesla Motors is pushing for an even faster switchover; it advocates a nationwide target date of 2030. Recent announcements by the two biggest U.S.-based automakers, GM and Ford, suggest that they could meet Tesla’s target date with only a little more effort: GM has already pledged to sell only zero-emissions vehicles by 2035, and Ford has pledged to invest $29 billion in EV development through 2025.

As for the AAI as a whole, its statement says that the Biden administration should “achieve improvements in GHG emissions roughly midway between current standards and those of the former Obama Administration, and balance environmental progress, safety, affordability, innovation, and jobs.”

Needless to say, transit ridership in Indianapolis has been depressed in the wake of the COVID pandemic. That, in turn, has helped cause the Red Line, the first of several bus rapid transit lines planned for the city, to miss revenue targets set in the legislation that authorized its construction.

Because of this, the Red Line may become not only the first but the last BRT line to open in Indy, according to a news story in the Indianapolis Star. The story reports that the Indiana Senate voted 32-17 to approve a bill that would penalize IndyGo if it fails to meet revenue targets. It also adjusts those targets and would prevent IndyGo from building additional BRT lines if the targets aren’t met.

Two Indiana Republicans whose districts include part of the proposed Blue Line spoke in favor of the bill, pointing out accurately that the Red Line has failed to meet ridership and revenue projections. The debate over the bill also hinged on dueling interpretations of the state law that led to the Red Line’s construction: while the state’s non-partisan Legislative Services Agency has said IndyGo is in compliance with the terms of the law, the state’s attorney general issued an opinion that says it isn’t.

The debate also brought to the fore concerns about traffic congestion if the BRT lines are built. Some of the bill’s supporters argued that the BRT lines would increase congestion by reducing general traffic lanes on the streets where they would run. (Arguments about how BRT would reduce congestion by taking cars off the road were, at least according to the Star, absent.) However, one Republican legislator whose district includes part of the proposed Purple Line said that while he shared those concerns about congestion, he wants the project to go forward. “The Purple Line is planned to run through the Marion County portion of my district,” state Sen. Kyle Walker of Lawrence said in a statement, “and I’ve heard from my constituents that they support the Purple Line and the infrastructure and transit improvements the project will bring.”

The bill now advances to the Indiana House of Representatives, where another pitched battle can be expected. Republicans control both houses of the legislature.

While work continues apace on Sound Transit’s Seattle-area light metro system, Washington State’s roads and bridges, including a critical bridge connecting West Seattle to the rest of the city, also need attention. The question of where the money to pay for both will come from is a currently vexing issue in both Seattle and Olympia. This column reported last week on the Seattle City Council’s backing of a bill in the Washington House of Representatives that would raise car-registration taxes in order to pick up part of the tab for a more expensive third round of light metro extensions. This week brings news that a Washington state senator wants to do the same thing in reverse to pay for road and bridge repairs.

According to a story in The Seattle Times, State Sen. Curtis King has introduced legislation that would make it more expensive for Seattleites and other Washingtonians to get around, no matter what mode they chose, in order to fill COVID-caused gaps in the state highway budget and pay for several major projects. In addition to raising the state gas tax by 3 cents, the bill would increase sales taxes on bicycles and bicycle parts by 2 percent, add a 20-cent surcharge to transit trips and a 25-cent one to ferry crossings, and tack a 50-cent surcharge on ride-hailing trips.

“It’s time we made everybody contribute and pay for what they use,” said King, a Republican from Yakima who is the ranking minority member of the state Senate Transportation Committee.

King’s is just one of three competing revenue-raising proposals being considered. In contrast to the 12- and 16-year proposals submitted by two Democratic senators, his would raise $10 billion over just eight years. King proposed the shorter timeline in order to be able to re-evaluate projects and spending priorities as time progresses. The competing proposals would also raise gas taxes, but they would also add carbon fees, not raise taxes on bike components or transit fares and spend more on non-road projects, including converting the state’s ferries to electric power.

King doesn’t expect his proposal to enjoy smooth sailing through the Democratic-controlled Washington state legislature. But, he says, “I’m just hoping people will look at it and think about it. We’ll see where it takes us.” The Democratic chair of the Senate Transportation Committee, Steve Hobbs, says he’s willing to do that: “There are many different ideas regarding the future of transportation in Washington, but the common thread is a commitment to get this done,” he wrote in an email to the Times. Hobbs also plans to introduce his own transportation-infrastructure-funding proposal.