A Radical, $150 Billion Plan for High-Speed Rail in Australia – Next City

A Radical, $150 Billion Plan for High-Speed Rail in Australia 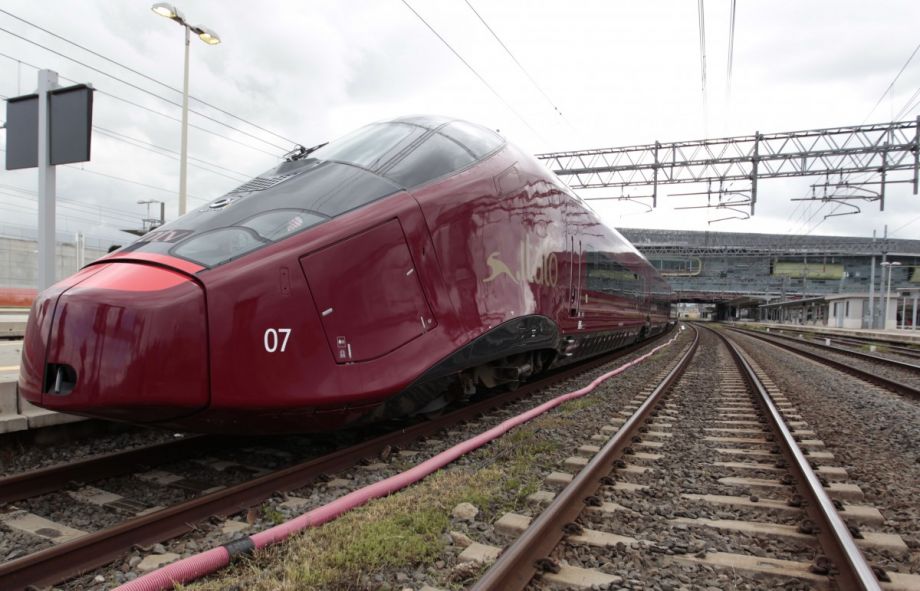 Australia is a huge continent, but most Australians live in a string of cities along its southeast coast. Two of them in particular, Sydney and Melbourne, account for nearly 40 percent of the country’s population. As a result, Australia has some of the highest housing costs in the world thanks to the strong demand for housing in those two cities. Yet their low densities (roughly 350 persons per square mile in metro Sydney, for instance) and highly segregated land uses make for long and frustrating commutes for many, despite the presence of robust mass transit networks in both cities.

A private company is proposing to fix those problems in a novel way: by building eight new cities inland from the coast and connecting them with Sydney, Melbourne and the national capital of Canberra with a new high-speed rail line.

The company, Consolidated Land and Rail Australia Pty. Ltd. (CLARA), says that the new cities will be compact, walkable “smart cities,” with power from renewable sources, open data networks, mixed-use activity districts and local transport systems that would enable residents to live within 10 minutes of all their daily needs. And the housing, of course, will be affordable. CLARA formally announced its plan to the nation in early July.

Six of the cities would be located in the state of New South Wales, whose capital is Sydney, and the remaining two would be in Victoria, where Melbourne is the capital. A spur from the third city southwest from Sydney would serve the Australian Capital Territory, which surrounds Canberra, and a branch line from the fifth city would connect to two smaller inland cities, Wagga Wagga and Albury. The rail line, CLARA’s website says, would “place citizens in our capitals in less time than a morning commute” — commutes whose time would fall thanks to the redistribution of some of the population away from Sydney and Melbourne.

A promotional video produced by the company shows trains traveling at speeds up to 430 km/h (267 mph), a speed that three high-speed trains now in service match or surpass. “HSR is the best available technology for the mass transit of people over the proposed distances in a timely and affordable manner,” the CLARA website states, adding that it is also the best technology for promoting growth in Australia’s interior for the next century. CLARA is considering three possible technologies: superconducting magnetic levitation developed in Japan, France’s TGV technology and the high-speed rail technology now in use in China. The maglev train, the website states, would complete the trip from Sydney to Melbourne in an hour and 50 minutes.

The most novel aspect of the plan, however, is its financing. CLARA proposes to build the line entirely with private funds. A News.com.au report puts the total price tag at A$200 billion ($150.6 billion U.S.); the company proposes to pay this sum back to its lenders by capturing some of the increase in the value of the land surrounding the rail stations, with revenue from increases in land values above that point returning a profit to the investors, who are currently located in Australia and the United States. CLARA chairman Nick Cleary told News.com.au that land the company purchased at $A1000 ($750 U.S.) per lot could be sold for as much as A$150,000 ($113,000 U.S.) once the necessary infrastructure is in place.

As of now, CLARA has raised money from private sources that has allowed it to pay for A$10 million ($7.5 million U.S.) in advance planning work, including identifying the sites for the planned cities, and has secured some land deals for new city sites. Government assistance, CLARA chairman Nick Cleary said, would take the form of securing the land needed for the rail corridors and planning the new cities.

The proposal has caught the imagination of both of Australia’s main political parties, with Liberal Prime Minister Malcolm Turnbull announcing his support for the plan in April. Two former Australian state premiers and a recently retired federal minister of trade sit on the company’s board.

The proposal, if it comes to fruition, would finally achieve a goal every Australian prime minister since Bob Hawke, elected in 1983, has pursued and end the continent’s status as the only inhabited one without high-speed rail.

But what are the odds it will come to fruition?

“I don’t believe anything of this scale has been tried before,” said Weiping Wu, professor of urban and environmental policy and planning at Tufts University. “In concept, it could work, but the devil is in the implementation.”

Most successful efforts at using value capture to fund mass transportation so far have taken place at a much smaller scale, she said. The best-known of these is Hong Kong, where the Mass Transit Railway has developed land around its stations and over its storage yards and collects rents from its properties that help pay for the operation and maintenance of the rapid transit network. Hong Kong is one of only a few cities worldwide where rail mass transit breaks even or turns an operating profit.

Hong Kong is also incredibly dense, and while it’s highly unlikely that the new inland cities CLARA proposes to build will have Hong Kong densities, they will be denser than those now existing, and another challenge would be convincing Australians they represent a better way of life. And there’s the question of how the existing cities the rail line will serve, such as Shepparton, outside Melbourne, might react to the prospect of value capture. “How do you designate the increase [in value] in several different cities?” Wu asked. “And the taxing authorities also vary. Australia is a federal country, and if you cross different states, you will have different tax rates.”

That shouldn’t be a problem for the new cities CLARA will build from the ground up, though. Their local governing authorities will arise along with the rest of the project. But it will still take time for the new cities to attract residents and businesses, which means that the chief obstacle to the plan’s success may be time. As the financing model will of necessity require borrowing on the financial markets to raise the funds for infrastructure construction, CLARA will need to find investors willing to take the extremely long view.