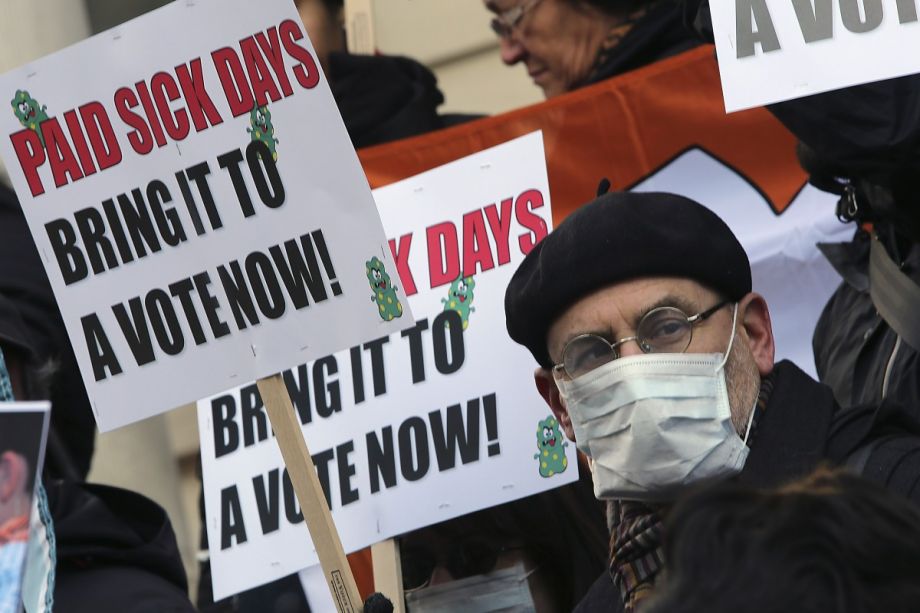 Last week, the Austin City Council passed a citywide, mandatory paid sick leave policy — one of about 40 such laws in the country, but the first in Texas.

Not surprisingly, state lawmakers and lobbyists are already planning to overturn it.

“Certainly here in Texas, we will be pursuing preemptive legislation,” Will Newton, Texas director for the National Federation of Independent Business (NFIB), a Koch Brothers-backed advocacy group, recently told the Texas Observer. “It’ll be a priority.”

The ordinance will extend paid sick leave to around 87,000 Austin workers according to the Institute for Women’s Policy Research. The Observer reports:

The measure mandates that employees receive one hour of paid sick leave for every 30 hours worked, capping at six or eight days annually depending on the size of the business. It takes effect for most employers on Oct. 1, and is enforceable through fines of up to $500. Paid time-off can also be used to take care of family members and to address domestic or sexual violence. [Council member Greg Casar] pledged that the council would soon apply the policy to city workers, too.

Opponents of the law claim that the process of adoption has been rushed, and worry that the policy will hurt business owners. Similar fears were cited when New York City officials passed the Earned Sick Time Act, but they haven’t been realized.

Still, as preemption laws become the favored tool of state lawmakers nationwide — and especially lawmakers in Texas — the fate of Austin’s policy could rest with its neighboring cities. Mayor Steve Adler called for cities and mayors around the state to join Austin, saying that having those cities follow Austin’s lead could be key to defending the new policy against the state.

“I’m extremely pleased for the overwhelming victory for workers in Austin,” Kingston says. “It makes me optimistic that the same development could happen in Dallas. I fully anticipate that there will be an effort both on council and from workers’ rights advocates to bring this measure to Dallas.”