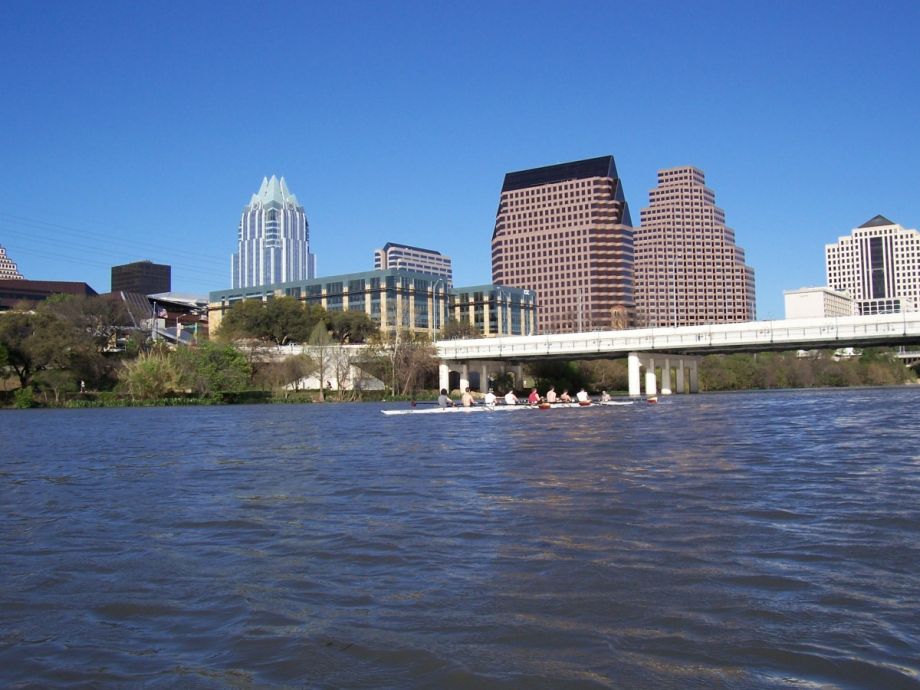 Like many cities with rising housing costs, Austin is aspiring to make sure low-income residents aren’t forced out by high rents. But arguments of the NIMBY variety have crept into the decision about where exactly to build new affordable housing in the Texas city.

In a 2014 housing market analysis, the City of Austin determined that there is a 48,000-unit rental gap between renter households that make less than $25,000 a year and the city’s existing 1,900 affordable housing units.

To chip away at the gap, the city has made funds available: Voters passed a $65 million bond to build or renovate around 3,500 units in 2013. On February 12th, Austin City Council approved loans to go to six affordable housing projects. (These will help bolster applications for state tax credits.)

But finding a place to build these developments is proving to be a hurdle for lawmakers.

“Austin’s an interesting environment, because the whole city is gentrifying,” says John Henneberger. “The working class, and particularly, the African-American working-class population, and to some extent, the Hispanic population, have been pushed out into the first-ring suburbs.” Henneberger is the co-director of the Texas Low Income Housing Information Service. (He’s also a 2014 MacArthur Fellow noted for his expertise on affordable housing, community development and post-disaster rebuilding.)

“Affordable housing in Austin has generally not been built on the western side of town,” says Henneberger. “There’s been a lot of tax credit developments and all of the public housing stock is in the east and south-central part of the city.”

Affordable housing advocacy organization HousingWorks Austin released an analysis of each district and found that in District 1, a district in the northeast part of town, more than 40 percent of residents are paying more than 30 percent of their income for housing. In that area, the median family income is $41,207, and the median home price is $183,602. 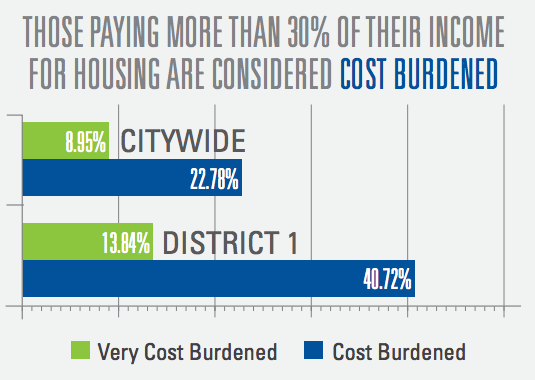 Four affordable housing sites are proposed in the wealthier northwest area of the city. Two, Azul 620 and Cardinal Point, are in District 6. There, the average median income is $88,430, and the average home price is $348,196. (For national perspective, here’s a chart of what you’d have to earn in 27 U.S. metros to afford a home.)

District 6 residents have raised concern over Cardinal Point, decrying its location near a busy intersection.

“They’re angry that their tax dollars are not being used first to relieve traffic congestion. People are complaining about it,” Don Zimmerman, District 6’s representative told The Austin Chronicle. Zimmerman abstained from voting on February 12th. “How many times do they have to tell city government? Over and over again. ‘We have traffic gridlock. Stop forcing us to subsidize these developments when we’re already in gridlock.‘”

Jay Wiley, a conservative who lost to Zimmerman in last fall’s council election, created an online petition to stop Cardinal Point from being built. The petition cites traffic, but also “public safety” concerns, and that “Cardinal Point would be a further strain on our schools, classroom sizes, after school programs, buses, and so forth.”

However he intends them, in Wiley’s words, I read the type of coded language sometimes directed at low-income people and minorities. Noting that there’s virtually no affordable housing in District 6, KUT 90.5 quoted Wiley explaining, “We don’t have that out here. And so, I think it really feels to us like they are shoehorning in something that would really be an anomaly in this neighborhood here. It’s just not a good fit.” (Wiley didn’t reply to my interview requests for this story.)

Henneberger points out that the more expensive land values in northwestern Austin are a challenge that affordable housing developers will have to contend with, but he does not think that traffic concerns are a valid reason to prevent development. He thinks that it’s an engineering challenge, not a housing challenge.

In contrast to the resistance in District 6, City Council member Leslie Pool, who represents the other northwestern district where affordable housing is going, has been welcoming to that development. In District 7, only 7 percent of residents pay more than 30 percent of what they earn for housing; the median income is $74,196.

Through a statement from her office, Councilwoman Pool says that her reasons for supporting the new housing development in her district “boil down to [Austin’s] severe lack of housing at a price range and location that folks (such as teachers, retail workers, reporters, UT staff, students, health care workers, etc.) can afford to pay.”

Henneberger says that the city has a fair housing obligation and an equity obligation to evenly distribute affordable housing.

“When I look at the Austin map, I don’t see a lot of argument for why you would build more government-subsidized housing in northeast Austin, because there are other areas of the city which have no access to subsidized housing, says Henneberger. “[These are areas] where there is good school performance, good jobs, lower rates of crime, and any person who is looking for market-rate housing would be attracted to all of the amenities.”